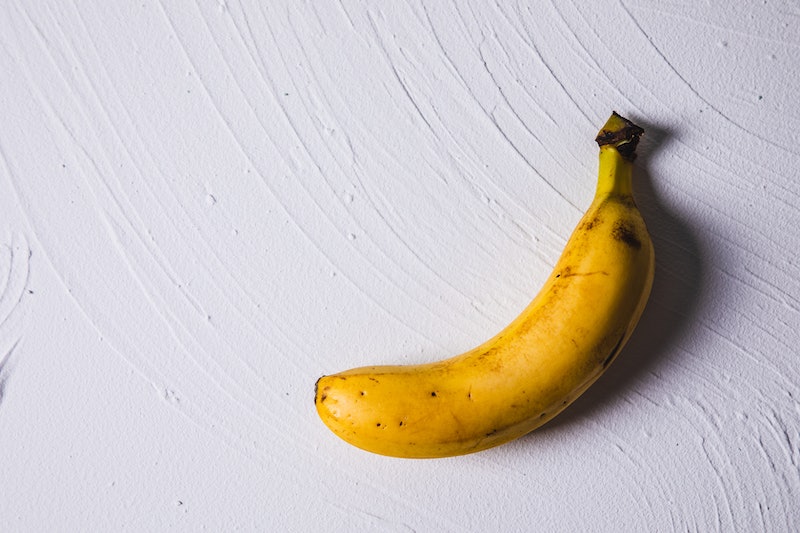 The penis is a fascinating thing — it's ridiculously vulnerable for an important organ, its behavior is shockingly unpredictable, and it has clearly evolved to make us look like the silliest things on two legs. But the human penis is also an area of rich scientific interest (and not just because scientists all have a lewd sense of humor). The scientific information that we're discovering about penises has implications for our mate choice, how we evolved as a species, our cultural expectations, and how we can protect ourselves against diseases — and that's just in the human realm. When you start looking at other animals too, the penis becomes one of the most exciting biological research topics around.

Here are five bits of fascinating science about the penis that you may not have known, from circumcision and bacteria to pollution and bone density.

1. We Really Do Prefer Larger Penises (To A Point)

Studies on the "preferred" penis size of straight women have taken many forms, and delved into a surprising number of specific. A 2015 study conducted by UCLA scientists found that women prefer larger ones for one-night stands than for long-term partners; a 2006 study discovered that only 55 percent of men were happy with their penis size, while 85 percent of women reported being satisfied with their partner's appendage.

But a lot of these studies have focused just on the penis itself, rather than how penis size functions as a factor when making decisions about a partner's sexual attractiveness. A study in 2013 set out to change that, and came up with an interesting discovery about how we view penile size as attractive.

It turns out that, according to the research team at the University of Ottawa, size does matter — but it is not so important that it makes up for other unattractive physical features. The scientists believed that the fact that human males have much bigger penises than any other primate must have a reason behind it, and that female preference might be it. So they put together a selection of male figures with different penile sizes, heights and shoulder-to-waist ratios, and gave them to 105 Australian women to approve. The women tended to let both height and penile size direct their preferences — but large penises did not make up for features that were considered less desirable, like short stature.

It turns out that a circumcision doesn't just alter the physical look of a penis — it changes its bacterial landscape a lot, too. Yes, bacteria live on the penis, just as they live everywhere else on the human body, performing largely benign or useful functions. But according to various studies, it seems that getting the snip significantly shifts the composition of microbes on the surface of the penis.

The studies were conducted by the Translational Genomics Research Institute — once in 2010, and again on a larger group of men in 2013. Both times, the researchers studied adult males in Uganda, some of whom were circumcised as part of the experiment; the bacteria on their penises were measured before and then one year after the procedure. Circumcised dudes had 81 percent less bacteria on their penises a year after their procedure, compared to uncircumcised men.

The reason? Air exposure; apparently some bacteria that couldn't handle oxygen died out when their protective skin covering was removed. As New Scientist put it at the time, "Gone were a diverse population of bacteria intolerant of oxygen and linked with vaginal infection; now there was a more homogenous air-loving lot, more typical of other patches of skin." This doesn't mean uncircumcised men are "dirtier," but it could have one very interesting implication for the spread of some diseases. Speaking of which...

It sounds strange, but it's true: getting a circumcision can reduce the chances of an adult heterosexual male contracting HIV by between 50 and 60 percent. A gigantic randomized trial published in 2005 studied 3,274 men in South Africa, and found that circumcision seemed to protect them against HIV, "equivalent to what a vaccine of high efficacy would have achieved". The World Health Organization now uses circumcision as one of its chief tools to fight HIV. And until recently, we haven't really understood why.

The shift in microbes might just explain it, though. The scientists behind the microbial study suggested that the particular mix of bacteria on an uncircumcised penis may make it easier for HIV to thrive there; the bacteria present in the foreskin might set off an unintentional, HIV-friendly immune reaction. Immune cells called Langerhans cells often function in the body as destroyers and educators — either eradicating microbes or transporting them to the immune system to "train" it to recognize them. But the scientists think the bacteria on foreskins changes up the stakes, causing the Langerhans cells to "start to infect healthy cells with the offending microbe rather than merely present them", in the words of TIME magazine.

If this is making your head spin, it's a pretty basic principle: more bacteria on the penis may mean more likelihood of a good home for an HIV virus. Circumcision, in other words, is something of a bacterial vaccine for heterosexual men. Pretty awesome.

Unlike quite a lot of other mammals in the world, humans don't have a penis bone — which we should be thankful for, as environmental pollution is having a negative impact on penis bones in the animal kingdom, particularly those of polar bears. Danish scientists revealed in 2015 that a particular kind of chemical pollutant appears to be changing the density of their penile bones, potentially making them less able to mate and have babies. The same scientific team had earlier pointed out that high levels of chemical pollutants in the body fat of polar bears correlated with smaller testes and penises overall, but their later conclusions were a literal bone-cruncher.

The scientists measured the penile bones of polar bears in the wild who'd been born between 1990 and 2000, and tracked an average decrease in calcium density; the bones were literally getting weaker. They looked at what had increased in the time period, and zeroed in on polychlorinated biphenyls (PCBs), which were banned back in the early 2000s. What this actually means for the future of the polar bear is uncertain, but I can't imagine a potentially breakable penis is an advantage.

5. Our Ideas About "Ideal" And "Normal" Penis Size Vary By Country

A recent study of Europeans, conducted by the medical advice site Dr. Ed, found that there are large cultural differences between a nation's ideal penis size and what it believes "normal" length to be. And this implies a number of interesting things: about penis size as a cultural value, differences in perception across a continent, and the fact that basically every man on earth is laboring under a bizarre definition of "normal." The study found that Austrians, for instance, think the most desirable penis length (erect, one presumes) is 17.3cm and that the average is around 15.7cm; in the UK, meanwhile, men believe the ultimate size to be around 14.2cm, and the average to be 12.4cm.

The hilarious thing about this is that, according to various studies, the average penis size while erect is actually 5.6 inches, or around 14cm. Where you live, in other words, can have a huge cultural effect on what you perceive as "average," and it's usually going to be several centimeters shorter than your perceived "most desirable" form; but in many cases, it's also going to be dead wrong.