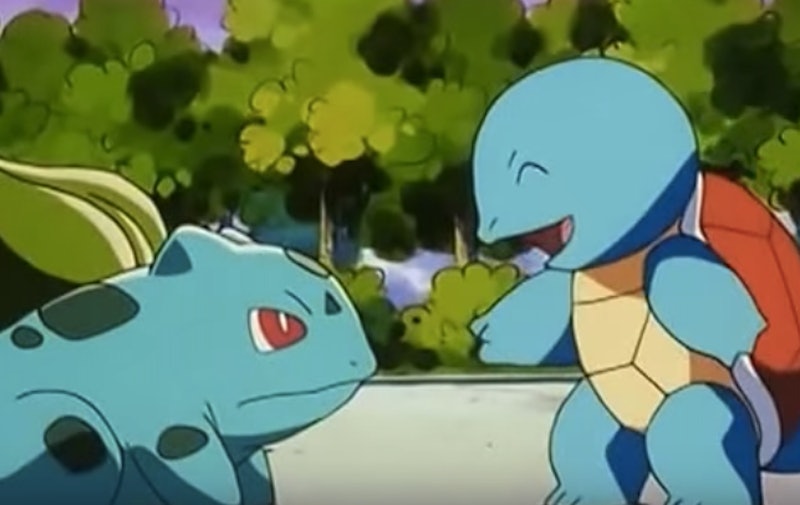 As any seasoned Pokemon trainer knows, when you first start playing the game you are given a chance to pick between a Squirtle, Bulbasaur, Charmander (or a Pikachu, with a little extra work). If you made a rash decision and are now suffering from buyer’s remorse, you may be asking: can you catch starter Pokemon in “Pokemon Go” after you make the initial choice? There’s no need to regret that first Charmander because with a little elbow grease you CAN catch all other starter Pokemon and create a true dream team.

Any ‘90s kid worth their Furby has realized by now that the “Pokemon Go” game closely mirrors Ash Ketchum’s quest to become a Pokemon master in the original anime series. The game developers have hidden all sorts of TV show inspired Easter eggs in the game. The online community is slowly exposing these secrets including how to catch a Pikachu as your starter Pokemon and how to dictate which form your Eevee evolves into.

As you may remember in the very first episode of the series Ash was supposed to have a choice of starter Pokemon but he arrives late to the lab of Professor Oak and is stuck with a cranky Pikachu instead. Was Ash stuck with just a Pikachu, never to see a Bulbasaur again? Of course not! Throughout the show Ash wins over a Squirtle (who could forget the sunglasses-wearing Squirtle Squad?), Bulbasaur, and Charmander and adds them to his illustrious roster — which means you can too!

One easy way to capture the remaining starter Pokemon is to hatch 2k eggs. Squirtle, Bulbasaur, Charmander, and even Pikachu are all first-tier Pokemon, and are among the 14 that hatch from the 2k eggs. Go ahead and incubate all those easy eggs; you may hatch a few Rattatas and Pidgeys in the process — but at least you are getting exercise!

To catch the starter Pokemon in the wild look to their type for hints as to their location and spawning grounds. There are 18 known categories of Pokemon which dictates their powers and effectiveness in battle. Squirtle is a water-type Pokemon, so if you are on the hunt for this little guy take a trip to a beach as they tend to hang out around bodies water. Bulbasaur is a grass-type; this Pokemon digs parks, golf courses, and other green areas. Charmander is a fire-type, and likes to chill in hot places (his tail does have a flame on it after all).

Thankfully, you do not have to trek through the desert or beach to get your hands on one. Players can actually skip the aimless wandering and visit the Pokevision website instead. The new service is a live, location map for “Pokemon Go” that is updated in real-time. Just type in your location and the map will show you geographical coordinates where Pokemon have been caught recently based on information reported by fellow players.

Catch enough of these starter Pokemon and you will be able to evolve them into their most powerful forms: Blastoise, Venusaur, Charizard, and Raichu. All you need is a measly 125 candies... no biggie.