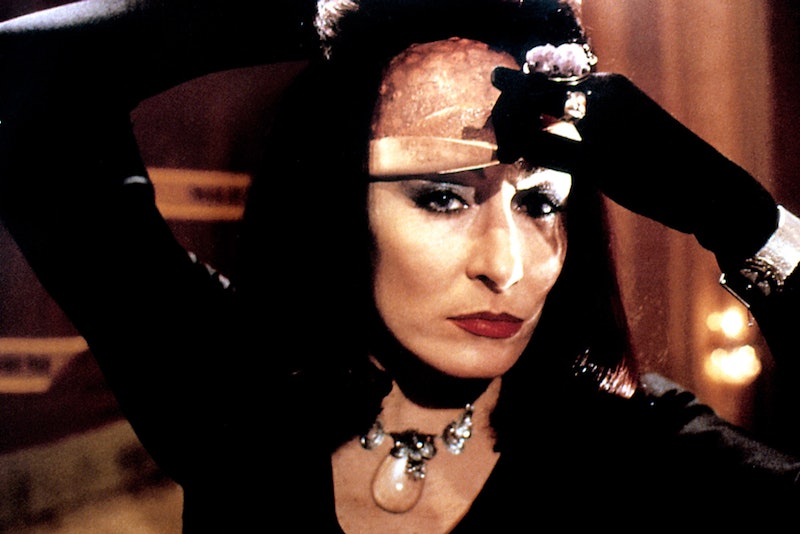 There's a reason why as kids, we were only supposed to watch shows like Barney and play with toys: Our minds were so young and impressionable that one glimpse of The Blair Witch Project would scar us for life. In fact, though, there were plenty of things that '90s kids had nightmares about, even things that were created with kids in mind. For example, I can vividly recall a scene from Beauty and the Beast that scared the pants off of me. Beast yells at Belle, and it would upset me because I don't like when people yell. Every time that scene played, I hid behind a chair. To this day, during that same scene, I'll find the nearest piece of furniture and duck behind it. Don't judge me.

What made these '90s horrors so terrible was just how much we applied them to real life. After watching an episode of Are You Afraid of the Dark?, I didn't walk away from the TV and forget about it. I'd lay in bed at night staring at the disposable camera on my dresser, thinking, "What if my camera is possessed by an evil spirit and takes pictures of people without anyone having to push the button???" It's a totally legitimate question, even now. Come on.

But at the end of the day, I think this is one of the things that made us '90s kiddos so tough. We'd look scary things straight in the face and laugh — right after we finished wetting ourselves. Remember these terrifying things from the '90s?

The legend was that you had to lock yourself in the bathroom — in the dark — and say her name in the mirror three times. She'd show herself to you, and then... and then... I can't go on.

Seriously. Who TF is responsible for this?

4. Light As A Feather, Stiff As A Board

It worked. Swear to God, it worked. We did it at sleepovers and then we'd get really uncomfortable and wouldn't even look at each other the rest of the night.

5. The Furnace In Home Alone

I can't be the only one who was scared senseless by this thing. That furnace was just ridiculous.

MAKE IT GO AWAY.

We all thought the millennium was going to bring the end of the world. Instead, it just brought... a new year.

9. Basically Every Scene In The Haunting

Owen Wilson gets his head chopped off and scary ghosts come out of the wall and don't tell me the room with all the mirrors and circus music didn't creep you the eff out.

I can appreciate his music now; but in the '90s, all I could think about was his one white eyeball.

More like this
The 'Hocus Pocus' Sequel Finally Has A Release Date & It Makes Total Sense
By Shannon Barbour and Radhika Menon
Remember These Ancient Pieces Of '90s Tech?
By Lucia Peters and Emma Carey
11 Trends From The ‘90s That Made You Feel So Cool
By Julie Sprankles
8 Creepy Things You Probably Did In The '90s
By Julie Sprankles
Get Even More From Bustle — Sign Up For The Newsletter