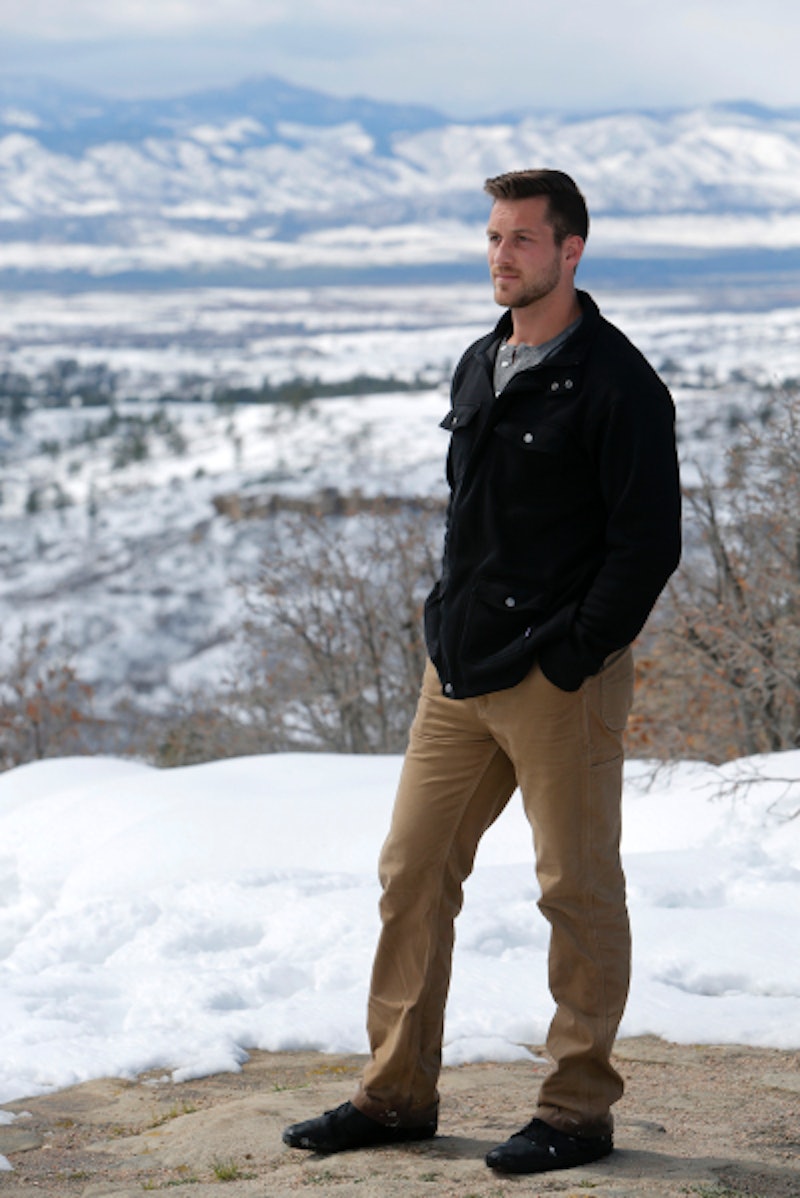 Now that The Bachelorette Season 12 is winding down — can you believe we're already down to the final two? — JoJo has needed to send guys home that she had incredibly serious feelings for and that was never more apparent than in Week 9. This week, JoJo sent Luke home after the hometown dates and Chase followed shortly after in the middle of his fantasy suite date — right after he told JoJo he was in love with her. The breakup understandably did not go well, and Chase returned to apologize to JoJo on The Bachelorette , but it was it really necessary? That's one of the topics of discussion on this week's installment of Bustle's Bachelorette podcast.

Of course, breakups are always tough, and breakups on The Bachelorette are almost surely made worse by the fact that millions of people watch every excruciating detail of it on television after the fact. Still, Chase was justifiably angry that JoJo broke up with him immediately after he told her he was in love with her. While his immediate reaction may have been extreme, it's understandable that he would become emotional in that moment. He didn't necessarily owe it to JoJo to listen to her apologies; I know I wouldn't want to stick around to hear that kind of thing after being rejected. But, Chase did return to apologize during the rose ceremony for his actions after the breakup. On this episode of Will You Accept This Podcast?, Romper TV Editor Allison Piwowarski and Bustle Entertainment Editor Kelsea Stahler discuss Chase's return and whether or not he really needed to do it.

Sure, Chase may have needed to apologize because he's the type of person who didn't want one of his serious relationships to end on such a sour note. But, what seemed to start off as an apology for his own sake became more about JoJo. After the breakup mostly revolved around JoJo not being at the same place in the relationship as Chase, it's a little strange for even his apology to focus more on her feelings than his. Still, given how much more open Chase has been with JoJo in these recent episodes, perhaps his making his bid for the role of The Bachelor. We'll have to see how it all plays out on The Bachelorette.