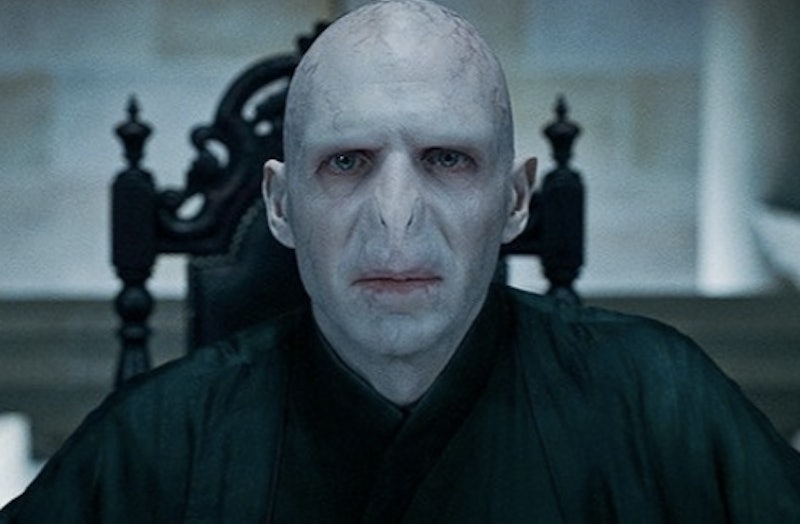 The story takes place 19 years after the final Harry Potter book, and, most importantly, perhaps, is the fact that the play opens with Harry and Ginny, and Ron and Hermione seeing off their children on Kings Cross Platform 9 3/4. Their kids are about to start at Hogwarts, and it's amazing to see our favorite characters handing over the torch to the next generation. However, as you'd probably expect from a Harry Potter story, not everything goes to plan, and that's where Voldemort Day comes in.

Things really start to go wrong in Harry Potter And The Cursed Child when Harry's son Albus, and Draco's son Scorpius, decide to use a Time-Turner to go back and save Cedric Diggory, who was tragically killed after winning the the Triwizard Tournament. While Albus and Scorpius are successful in altering the course of history, they soon find out that the Time-Turners are limited to five minutes, and they are brought back to the present much quicker than expected. They also soon come to realize that, by altering one part of the past, other things have changed too, and that's where Voldemort Day comes in. Their actions have changed the universe so drastically that Albus was never born and Voldemort Day not only exists, but is celebrated.

In this alternate reality, Harry Potter is dead, and, without Harry, Voldemort has been able to reign supreme. There is even a day in his honor, which is simply unthinkable. There are several things that this special day could commemorate, and perhaps the most likely is that Voldemort Day is held on the day Harry Potter died. I mean, it would make sense that Voldemort would celebrate that event over something like his own birthday, and that fateful day occurred on May 2 in the play. (You know, the Battle Of Hogwarts, which, in this alternate universe, Headmistress Umbridge describes as the day they "bravely overthrew" the "Dumbledore terrorists.")

It's also possible that no reason is needed to hold Voldemort Day, as, without Harry, the world seems to have descended into an incredibly dark and creepy place, and Umbridge seemed to be talking about the Battle of Hogwarts as a separate event from the current Voldemort Day. Whatever the reasoning behind the holiday, it's a clear sign that things altering the past has damaged the future irreparably.

As for how to celebrate, in true Voldemort style, Voldemort Day appears to be a celebration of evil. There are "giant banners with snake symbols upon them" all over Hogwarts, and that's about as much as we get. The Harry Potter series was no stranger to darkness, so perhaps the torture and bloodshed of the original books would be magnified, and committed on purpose on Voldemort Day. Would, for instance, the word "Mudblood" be carved into people's arms, and them left to bleed? Would Dark Magic be performed throughout the celebration, in particular spells designed to harm, control, or kill? It seems likely that Voldemort Day would encourage all such actions.

One thing's for sure — I don't want to live in a world where Voldemort Day exists, and I'm sure you don't either.