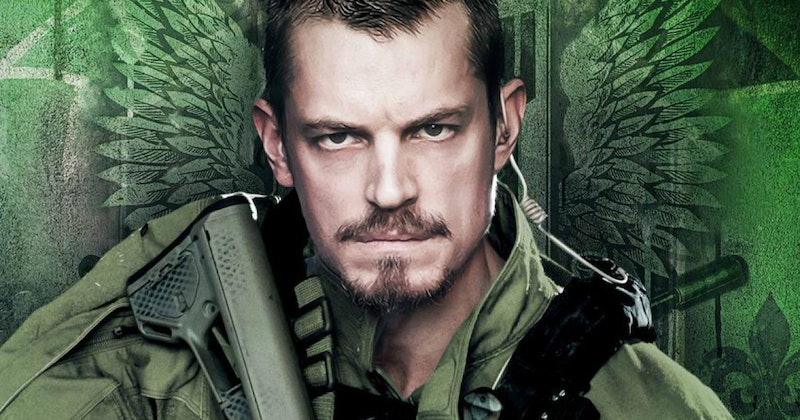 Sucide Squad is a different type of superhero team. The main difference, of course, is that they're not heroes at all. They're villains. Harley Quinn. Deadshot. Captain Boomerang. All of these characters are criminals and vicious killers, i.e. they're not the type of people fans are used to rooting for in movies. But there's one member of the Suicide Squad who isn't a villain at all, and he happens to be their leader. Rick Flag is charged with keeping the criminals in check, which is no small task. So to do this, he certainly needs a particular set of skills. But what are Rick Flag's powers in Suicide Squad ?

Other than maybe unflinching patriotism, Rick Flag doesn't actually have any powers. In the comics, he's a soldier who is very skilled at military tactics and strategy, weapons use, and unarmed combat. He's basically the perfect soldier, really, but nothing about him could be characterized as superhuman. He's not even at Captain America's level, since he has no enhanced abilities. And it appears the film is taking the same route with Flag. According to his character profile video, he's a "natural born leader," a "tactical expert," and he "bleeds red, white, and blue." Those are all fine skills to have, but they're not exactly powers.

But not having any powers probably won't be much of a hindrance to Flag among the other members of the Suicide Squad, since hardly any of them have powers. Harley Quinn is insane and a skilled fighter, but she doesn't have any powers. Deadshot, Slipknot, and Captain Boomerang are all trained assassins who are all extremely gifted with their weapons of choice (guns, ropes, and boomerangs, respectively), but again, there's nothing super about them. Katana wields a magical sword, but she herself has no powers. The comic book version of Killer Croc possesses super strength, but it's unclear how strong the film version of the character will be, given that his reptilian look is described as a rare genetic condition. Then there's El Diablo, who's pyrokinesis makes him the only member of the team with confirmed, bonafide superpowers.

Rick Flag may not have any powers, but there's a reason he was chosen to lead the Suicide Squad. He has serious military skills and he knows how to lead troops in a hairy situation, so don't count him out just because he can't fly or shoot lasers out of his eyes.