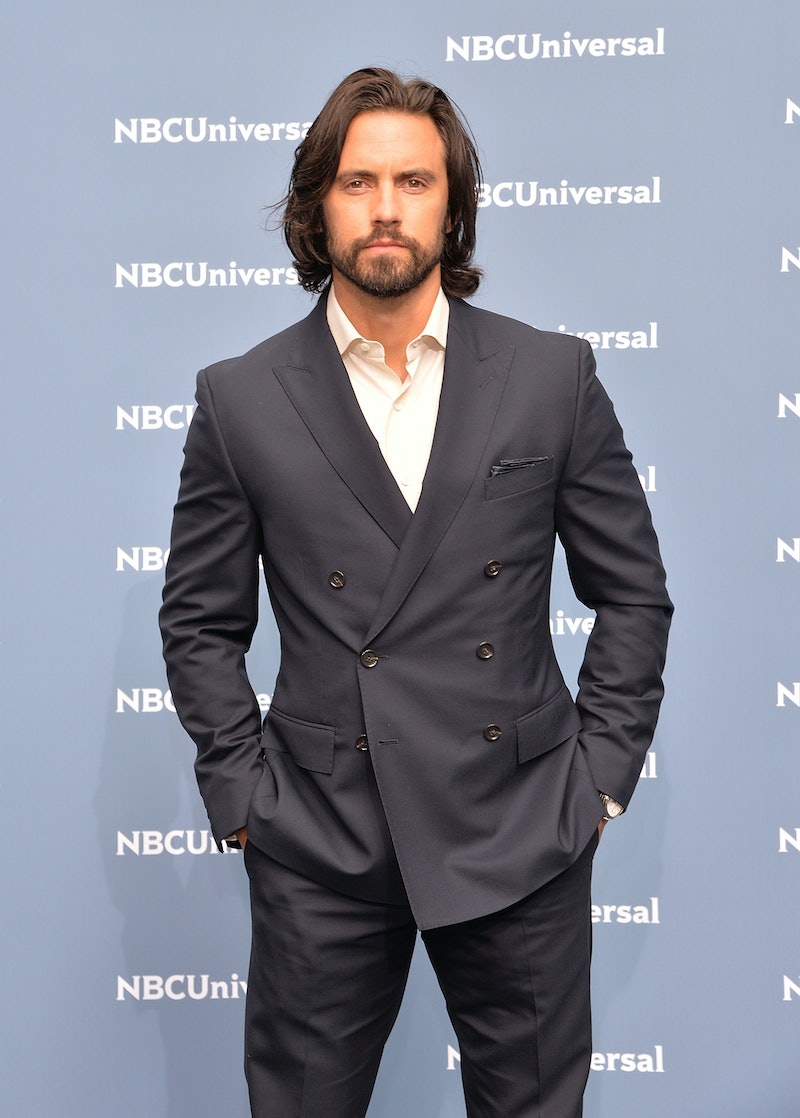 Though the first teaser trailer for Netflix's Gilmore Girls: A Year in the Life is less than two minutes long and only consists of one scene — which won't actually be featured in the revival series, according to Entertainment Weekly — it was more than enough to send fans into a frenzy. After waiting over nine years for another glimpse into the lives of Lorelai and Rory, watching them talk about Amy Schumer and corpse flowers was more exciting than most other TV series' season finales. However, everyone who caught themselves tearing up at that brief tease (myself included) may want to start preparing themselves for something even bigger, as Milo Ventimiglia tells Bustle that he thinks another Gilmore Girls trailer could be released very soon.

"I wouldn’t be surprised if that’s not the only thing that’s gonna come out soon," Ventimiglia says about the trailer while at an event celebrating his upcoming NBC series, This Is Us. He continues:

"I think everybody understands that Gilmore is back, it’s back with Dan [Palladino] and Amy [Sherman-Palladino], it’s back with the original group, so I have a really strong suspicion that audiences and fans are gonna get what they’re wanting, which is the heart of Gilmore and the wit of Gilmore that we had when we did the show years ago."

Ventimiglia, who played Rory's boyfriend Jess on the series, should know better than anyone something else that fans want out of the revival: closure on Rory's love life. Since Gilmore Girls ended in 2007, fans have debated which of her three main love interests she should've ended up with — if any — and split themselves into very distinct teams. But at the Gilmore Girls Television Critics' Association panel on July 27, Alexis Bledel reiterated the fact that Rory's boyfriends don't define her. "There is so much more to her character, it's great when people focus on her accomplishments and goals," she said, and that's a sentiment Ventimiglia agrees with. "I think there’s so much to see, so much to explore," he says.

Still, he does understand why fans are so invested in that aspect of Rory's life. "I think that it’s only natural that people ask the question of Jess or Dean or Logan," he says and adds:

"I don’t think it’s the only thing. I think it’s a question that has become more frenetic ... there’s more of a want to know because it was never answered and it was kind of, whether people liked the outcome or not, no one ever knew, so the speculation and the fact that the show is gone turns into desire, and now the show is back and those desires are real. In the hearts and minds of audiences, they want it to be Dean or Jess or Logan and their conviction is very strong, so I guess people will just have to wait and see."

The good news is, we won't have to wait very long. Netflix's teaser for Gilmore Girls: A Year in the Life revealed that the revival will premiere on Nov. 25, and after spending nine years away from Stars Hollow, these next four months should fly by. Plus, we have a lot to look forward to in the meantime. If Ventimiglia is right, another trailer could be on its way, and members of Team Jess can see him on TV again when This Is Us premieres on Sept. 20 at 10 p.m.