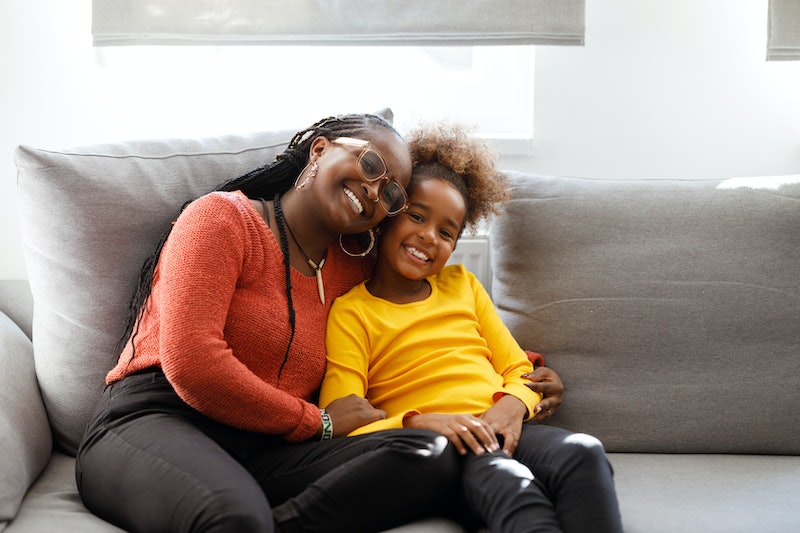 A lot of what we believe as feminists pertains to the rights of women and other underrepresented groups — but at the same time, a lot of those beliefs are also just a good system of guidelines for kind behavior. And since generally we try to teach children about kindness early on, it isn't exactly surprising that there are many lessons we learn as kids that are actually feminist, even if they're not presented to us in that particular way. Some may say feminism is a radial belief system, but it's actually just common sense, and our upbringings reflect that.

I came to this conclusion when I realized that a lot of the principles I was learning as a new feminist were applicable to other areas of my life. For example, one big lesson feminism has taught me is to not judge other people's decisions based on how I would act in their situation, but instead keep in mind that everybody has different goals and needs. This applies to any social interaction, but learning about the problems with slut shaming, food policing, and general policing of women's behavior was a great introduction to this broader idea.

Here are a few lessons you might've learned growing up that actually have a lot in common with feminism. These serve as a reminder that much of the time, feminism is really just about being kind and compassionate, and being a feminist makes you a better person overall.

1. Do Unto Others As You'd Have Them Do Unto You

Feminism is the natural conclusion of "do unto others." Think about it: Would you want other people to belittle your ideas? Disrespect your boundaries? Treat you like an object? Assume you're less intelligent or capable? Make your choices about your own body for you? If not, then don't do it to other people, regardless of who they are. Simple as that.

2. More Precisely, Do Unto Others As They'd Have You Do Unto Them

3. Life Isn't Fair — But We Should Make It As Fair As Possible

The most basic parts of feminism that we can all agree on have to do simply with fairness. It's not fair to get paid less for the same work. It is not fair to have to worry about sexual violence on top of all the stressors that come with college. Even the youngest children understand that when somebody gets something they don't, and for no explicable reason, it's not fair. When we're little, we're taught life isn't fair, and feminism acknowledges that it's definitely not fair for many groups of people. But we're also taught to be fair to the extent that it's within our control, and feminism helps make the world a fairer place.

Feminism strives to include everyone — not just all women, but all people. People of color, people with disabilities, LGBTQ people, and all other people who are often left out of things, including social justice movements, should feel welcome in feminism. This is based on a principle we're taught as kids: Invite everyone to play with you. The way someone looks, where they're from, or what their interests are don't matter, as long as they're nice people. Everybody's voice matters as much as anyone else's, in feminism and in life.

Feminism is about letting people be different. This can be in a manner directly related to gender, like letting men wear skirts or women wear suits, but it can also be less direct. It means accepting without judgment whatever people do as long as it doesn't hurt anyone. It means that if someone wants to have rainbow hair or dedicate their lives to studying a species of animal most people haven't heard of or live in a new country every month and never stop moving, it's all good. In the process of teaching us to accept women's choices, whether they're conventional or not, feminism teaches us to accept everyone, and that's something we should all be teaching our kids.