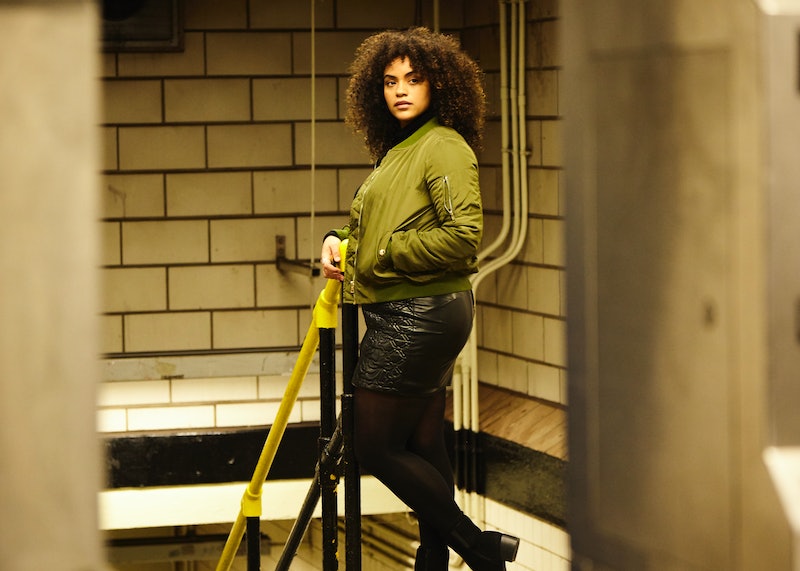 Some people say feminism isn't necessary because sexism doesn't happen anymore, or that sexism in the United States is just a first-world problem noticed by people with too much time on their hands. However, what anti-feminists don't realize is that all the sexist microaggressions women face on a daily basis add up to something more than just a single instance of harassment or one offhanded comment. After days, weeks, months, and years of being objectified, shamed, policed, and stereotyped, women grow to feel inferior and unsafe. In fact, we often learn to adopt sexist attitudes toward ourselves, rendering the everyday sexism we face mere icing on the cake of internalized misogyny.

Sexist microaggressions are often so common that women often don't even notice them — and so subtle that men don't notice them happening to the women around them. Nevertheless, they are a normalized and ubiquitous part of being a woman in our society, and it takes constant awareness and toughness to remind ourselves that we are not what the media and other people make us out to be. Remembering our worth requires us to actively resist all the labels imposed on us from the time we are born to the day we die. And that takes a toll on our energy, focus, and social approval — a gender-based disadvantage in of itself.

Here are some of the many, often overlooked microaggressions that confront us on a daily basis and ultimately form the fabric of gender inequality.

Every day, we hear words thrown around that render us invisible, objectify us, or use our gender as an insult. When people talk about "mankind," for example, they are expressing an implicit belief that men are the most important part of humankind. When they use "p*ssy" as an insult or "castrated" as a metaphor for losing power, they are saying that being female makes you weak. When they use the pronoun "he" about someone in a stereotypically male profession of unknown gender, they are discounting the women in that profession. And when they use phrases like "suck it" as threats, they are making light of sexual violence.

Whether we're on the street or at work, sexual harassment serves to remind us that our bodies are not truly considered our own. Rather, our society permits men to evaluate them and express their opinions at the expense of our own comfort. It also teaches us that we are not as safe to go about the world as men are, leading us to distrust others and constantly monitor our environment.

When we wear revealing clothing, we are instructed to be more modest, as if the amount of skin we cover reflects our moral character. And, worst of all, we are taught that our clothing choices make us vulnerable to harassment or assault, as if we dressed this way to garner that kind of attention. We are also slut-shamed for our sexual decisions: People accuse us of devaluing ourselves for making decisions that instead increase men's perceived value. They assume we are just being exploited or deceived when we enter into sexual relationships that make us happy.

When women are sexually assaulted or harassed, the police, the media, and the people around them tell them they must have done something to cause it. They must have been wearing too little or drinking too much, people say, rather than acknowledging that sexual assault could happen to anyone and that no matter what a victim is doing, a rapist is still responsible for raping her.

When we behave assertively, particularly in the workplace, we are called bitchy, shrill, aggressive, or pushy, while men who behave in these same manners are viewed as competent leaders.

When we speak in traditionally "feminine" manners, we are punished for that, too. We are taught that our uptalk makes us sound uncertain, when in reality we are using it to hold the floor so nobody interrupts us. We are told that using vocal fry makes us sound like vapid Valley Girls, even when we are having intellectual conversations. Rather than teaching men to be more polite, people teach women to stop being overly polite because others will take us less seriously. But they're really taking us less seriously simply because we are women.

Both men and women interrupt women more than men, and women are subjected to so much patronizing speech that the phenomenon has a name: mansplaining, or explaining something to a woman that she already knows. Mansplainers remind us that our knowledge and expertise are considered less valuable than men's, even when we happen to know more than them.

Fat people of all genders are shamed for their size, but women especially are taught by advertisements, magazine articles, and sometimes their friends that they need to try the latest fad diet or wear "flattering" clothes (i.e. clothes that make them look thinner) or exercise to keep that body toned so their romantic partners won't lose interest.

Mothers are shamed for breastfeeding, for not breastfeeding, for working, for not working, and for making pretty much any decision she could possibly make as a mother. People also shame women for not being mothers, concern-trolling them about how their biological clocks are ticking, as if a childless woman is incomplete. It's a lose-lose situation, whether women choose to become parents or not.

A process that most of us deal with every month has become the source of jokes, social media censorship, and dismissal of emotions. These derogatory attitudes toward menstruation lead us to believe we are disgusting and irrational.

Gender stereotypes have become normal and supposedly funny topics of conversation. We're supposed to laugh about how women nag their significant others or can't drive as if it's all in good fun, when really it's not because it perpetuates beliefs used as evidence for our inferiority.

Women are taught that their worth lies in their looks, and if they don't have the body, face, or skin color that is considered "attractive," they are worthless. Images of women's bodies literally separated from their faces or made into household objects remind us that providing sexual pleasure is all we're good for. On top of that, we're taught that our power comes from our ability to give or deny sex — and that we need to deny it in order to preserve our value.

Even if you're making enough money to pay the bills, you may, like Jennifer Lawrence, be making less than your male coworkers without even realizing it. Women make 77 percent of what men do for working full-time, which reflects both a lack of women in high-paying positions and a disparity in wages for the same positions.

Whether people admit it or not, they will treat people differently because they are women in social settings and in the workplace. Even women themselves do this. In one study published in the Proceedings of the National Academy of Sciences, STEM professors were less likely to hire a fictional candidate named Jennifer for a lab manager position than one named John, even though the applications were identical. They also offered "John" more money. This pattern existed regardless of the professor's gender. Even when presented with evidence like this, men have trouble trouble believing gender bias is real, which makes it that much harder to combat.

When we try to call out all the behaviors above, we get told we are too easily offended or being the PC police. And because this leads us to silently accept injustice rather than speak out about it, it's an insidious microaggression in of itself.

More like this
25 Inspiring Quotes From Black Women To Celebrate Black History Month
By Kyli Rodriguez-Cayro and JR Thorpe
24 History-Making Black Women You Probably Didn't Learn About In School
By Ayana Lage and JR Thorpe
5 Wild Theories About Miley Cyrus’ “Flowers” Music Video
By Jake Viswanath
You're Aging Your Body Too Quickly If You're Not Doing Any Of These Things
By Bimini Wright
Get Even More From Bustle — Sign Up For The Newsletter
From hair trends to relationship advice, our daily newsletter has everything you need to sound like a person who’s on TikTok, even if you aren’t.