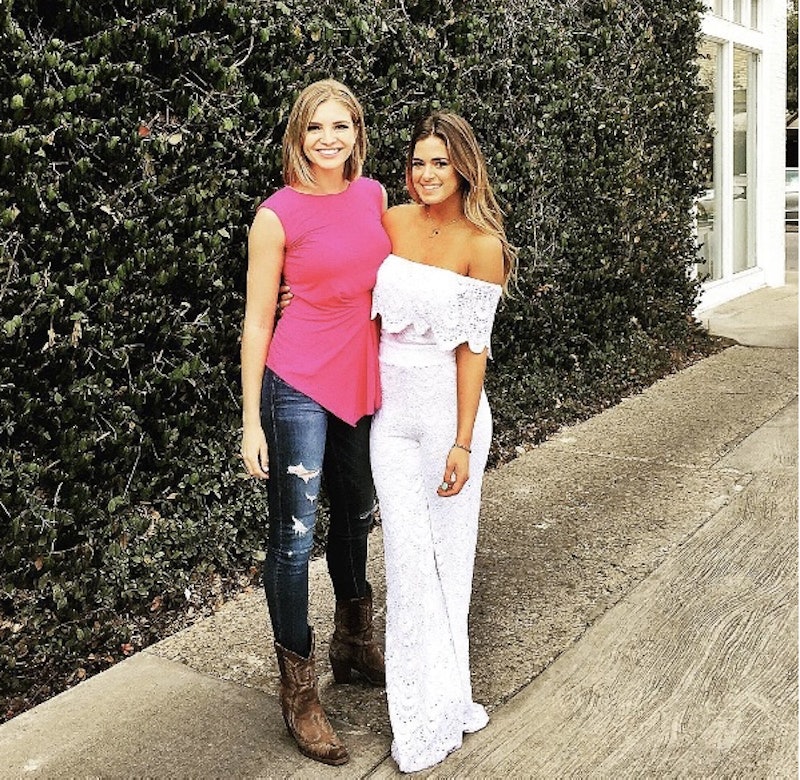 After months of man tears, JoJo tears, rose ceremonies and professions of love, another season of The Bachelorette is in the books and boy do I love it when the finale is a happy ending! JoJo's journey to find true love finished with a proposal from Jordan Rodgers and a gorgeous ring on her finger. I'm so thrilled for JoJo and the fact that she found love on reality television, and I know it hasn't been smooth sailing for the couple since they got engaged, which is why I am even more thrilled that the season is over and that, after The Bachelorette , JoJo and Jordan can show the world how they really feel about each other and be together publicly.

During After the Finale Rose last night, JoJo admitted that she and Jordan haven't had the easiest road since the show stopped filming. She said, "There have been many nights where I've cried myself to sleep, and he's been the person on the phone with me just trying to keep me OK, and I feel like it's been really hard for him."

Imagine having to deal with all of the tabloid gossip and drama as as new couple, getting to know each other, all while having to keep everything a secret. Imagine having to read negative comments on Twitter and social media about her choices, about how a few men on her season have had questionable dating pasts. Imagine having to have these conversations over the phone because they couldn't show the world how thrilled they were to be engaged (which is something I still have a hard time wrapping my head around).

Well now they can, and you could see the relief on JoJo's face knowing that she and Jordan could finally show the world how they interact in real life, which is something I can't wait to see. And, she's dealing with the gossip by learning to tune it out. She said on ATFR, "What I have learned is that I can't read this garbage. I can't let it affect my relationship."

I wrote an article at the beginning of the season about why I knew JoJo would find love on this season of The Bachelorette. I said she would be successful because of her direct, practical, no-nonsense personality and that she wouldn't be blinded by rose-colored glasses. I knew she wouldn't get lost in the glitz and glam, and she'd be direct with people throughout the process. Up until the very end, JoJo did exactly what I anticipated she would. Even with Jordan, she was direct with him when he didn't ask her father for permission to marry her, saying it disappointed her.

She was direct again on After the Final Rose, even using one of my go-to words for her, saying, "I don't want to sugarcoat it, it's been very difficult." She was honest with her guys the entire season and she was honest with America on Monday night –– even insinuating, in my eyes, that tabloids and viewers let her down during her engagement, the most amazing time of her life by speculating and saying hurtful things that she doesn't feel to be true. That's why I'm happy that this whole Bachelorette experience is over and she can show the world in real time why she and Jordan are right for each other. In all honesty, I think JoJo and Jordan have been treated worse by fans and magazines than any other couple in Bachelor/Bachelorette history. Magazines did everything to tear her and Jordan apart, and viewers did everything they could to question her decisions, which I saw firsthand on Twitter, and I'm still questioning why people can't just be happy for their love story.

Despite all of the rumors, despite the fact both Jordan and JoJo probably walked through a grocery store at some point and saw garbage tabloids with headlines like "JoJo's Bad Boys" or "JoJo Picks The Frauds," JoJo and Jordan sat on the couch on After the Final Rose and remained confident in their love. They got through moments that could push any new relationship to the brink, and they're still smiling and defending each other. That makes me excited for their future together, and I'm confident in their ability to handle all of the ups and downs that life throws at them.

Now, at least, all of the magazine headlines will be saying, "JoJo and Jordan in love and engaged!" That'll be a nice change of pace for them as they figure out their new relationship. I'm thrilled to see that they're moving in together and have a house picked out in Dallas, and I was so excited that the two are already talking marriage and possibly setting a date for next year. Nothing says "screw the haters" like planning your future, and I have a feeling JoJo and Jordan will have a good time proving the tabloids and naysayers wrong.

JoJo and Jordan, I can't wait to watch your love story continue in real life, and I'm so glad you fought for the fairytale. Stay strong through the criticism, because it's always going to be there, but be confident in your choice and know there are so many people out there who can't wait to watch the raw, unedited portion of your love story continue in the real world.