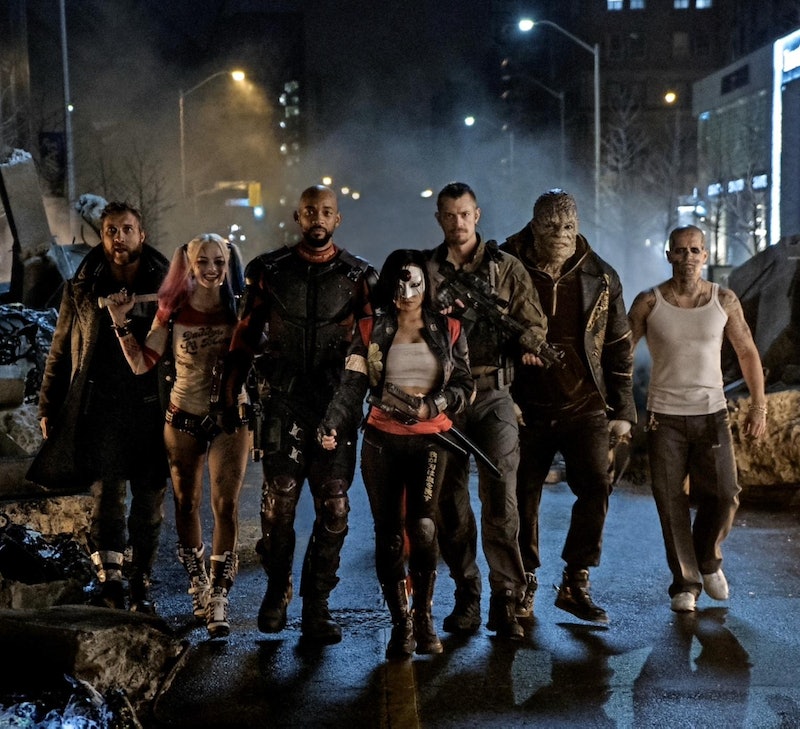 The new DC ensemble rager Suicide Squad may not feel like it exists in the same storytelling universe as say, The CW's The Flash. (Jared Leto's Joker and Grant Gustin's Barry Allen don't belong in the same solar system, really.) But their DC heritage means that Suicide Squad and the cuddlier DC TV properties share some story elements and vocabulary. One common term is "metahumans," which describes both the enhanced humans wreaking havoc on TV's Central City and a few members of the movie's Squad. So what are metahumans exactly? It's a broad descriptor of heroes and villains across the DC Extended Universe.

Metahumans or "metas," if you're cool and in a hurry, are people who are augmented in some way. Really, any way. Professor Charles Xavier and the X-Men would call them "mutants." The Sokovia Accords in Captain America: Civil War uses the PC term "enhanced individuals." If you want to split hairs, I'd say that the Marvel naming convention is actually more accurate. "Enhanced individuals" encompasses a character like Thor, who's not a human but a god. Technically, DC's Superman is considered a metahuman too, even though he's not of this Earth. If it helps, you can think of the "human" part of the word as being short for "humanoid." That's a little more accurate.

How is a metahuman created? Take your pick, basically. Some characters were the victims of experiments or accidents. Others were born with capabilities beyond the rest of their kind. Some, like that guy from Krypton, are completely normal back where they're from, just strange on Earth. Some are undetectable unless they use their powers. Some are made complete outcasts by their appearance, like Suicide Squad's Killer Croc.

Across comic book properties, creators have been exploring for decades what it means to be so different. In X-Men stories, the focus is usually fear and the question of assimilation versus isolation. In Suicide Squad, the ruthless Amanda Waller sees metas as less than human and thus hers to put in danger and exploit. At San Diego Comic-Con this year, the audience at the Warner Brothers panel saw the premiere of the first trailer for Justice League before it spread like wildfire online. Sort of a superhero version of The Magnificent Seven, Justice League sees Ben Affleck's Bruce Wayne (enhanced only by his wealth and gadgets, i.e. no meta) on a one-man recruiting tour. Bruce's eyes were opened to the strategic value of metahumans in Batman V. Superman: Dawn Of Justice; in this follow-up, he makes overtures to select few, including Aquaman (Jason Momoa) and The Flash (Ezra Miller, in this case), to join him in some kind of elite Earth defense squad. (Cliffs Notes: The Justice League is to DC as the Avengers is to Marvel.) Glad to see Bruce has changed his tune and see the light on the subject.

DC has a crowded cinematic slate that will be sending metahumans to theaters at a steady pace for the next several years. The tepid reviews of Suicide Squad may have dulled excitement to some extent, but they won't stop the train.