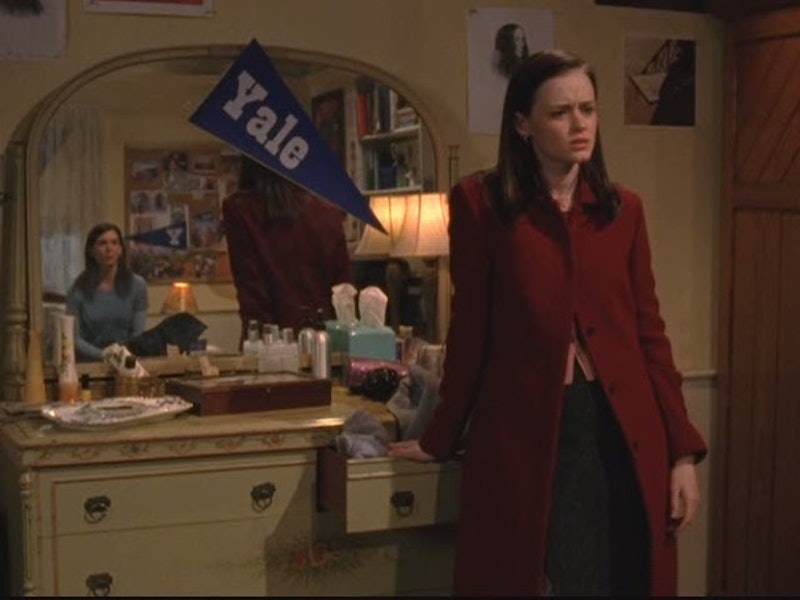 Wondering what math has to do with the Gilmore Girls revival? Let’s look at what I did to make this possibility a lot more logical: First of all, with all due respect to Lorelai Gilmore, she was 32 when the series first aired in 2000. That means that she would be about 48 today. Of course, it’s totally possible that a woman who is 48 could get pregnant, but it’s also highly unlikely. What’s way more likely is a woman in her biological prime becoming pregnant instead.

However, in the original series, Rory was 16 when it first premiered, the same age her mother was when she got pregnant with her. Considering they're a mother-daughter duo who often lead very parallel lives (albeit 16 years apart), it makes complete sense that Rory would be pregnant in the Gilmore Girls revival. Not entirely convinced? What if I told you that, in the revival, Rory will now be the age that Lorelai was when the series started — which was 32, 16 years apart from when Lorelai was pregnant with Rory? It’s all starting to feel like one big story repeating itself now, isn’t it?

Rory being pregnant in the revival would definitely change the plot line in a major way, especially since Amy Sherman-Palladino has said that Rory will be single in the revival. Or, at least at the beginning of the revival. Who knows what will happen once all of her exes come to town. Hopefully not some tragic Maury moment to detract from all of the awesome Stars Hollow revelry.

I’m not saying anything for sure, but if one of the Gilmore girls were pregnant in the revival, it would make a whole lot more sense if it were Rory.