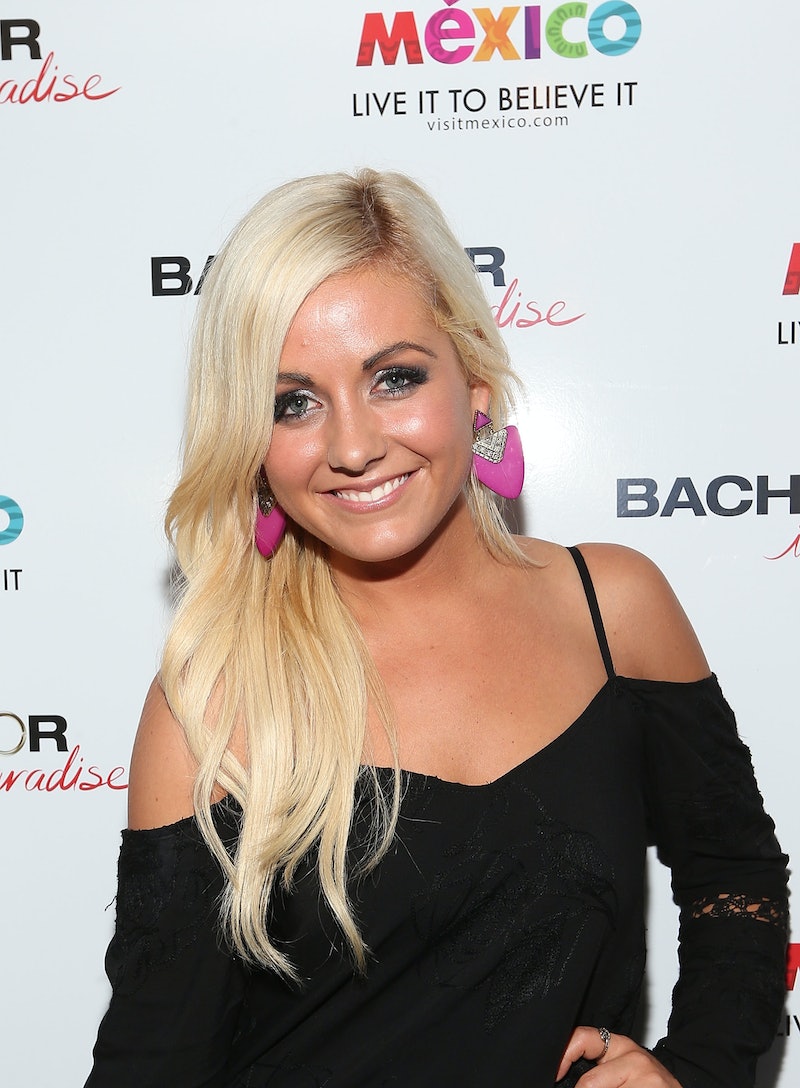 She's baaaack! It's round two for Carly Waddell on Bachelor in Paradise . After a pretty rocky end to Season 2 when Carly and Kirk broke up, she's back in Mexico looking for love again. But, as it's been a year since her devastating split, let's recap what exactly happened between Carly and Kirk and how she's doing today.

Basically, Carly came into Paradise and immediately found herself falling for Kirk. The pair seemed like a real couple that would make it in Paradise and IRL. But, as sure as Carly was about their budding romance, Kirk was more hesitant. He admitted that it takes himself awhile to be official with someone, but he never shared his doubts with Carly, and even went on an overnight date with her, so she was left pretty blindsided when he dumped her during the finale of the show.

The breakup left Carly reeling for awhile, but she seems to have worked through things, possibly even thanks to her musical side. After the show ended, she penned a breakup tune titled "Blindsided: A Song for Kirk," which is a pretty fitting name.

Now that it's been a year, though, Carly seems to have recovered nicely. She even dated a fellow musician for awhile. But, as Us Weekly reported, they broke up in February 2016. So, she's all single and ready to mingle with the Season 3 cast of the show. Here's hoping she finds that true love she's been waiting for!