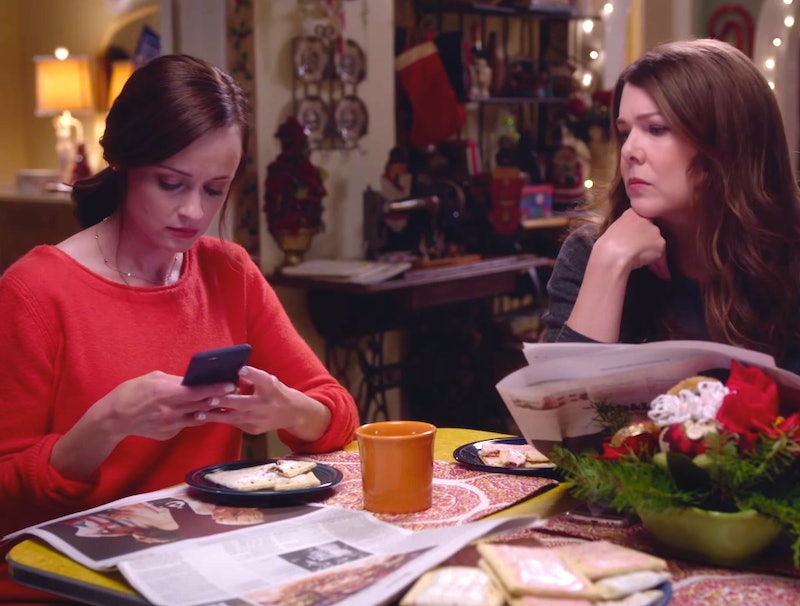 Sometimes everything in your life aligns just like the stars of Stars Hollow. I discovered this firsthand when I learned about the existence of the disgusting-smelling flower Lorelai talks about in the Gilmore Girls: A Year in the Life trailer less than a week before the trailer was released. Thanks to technology being a bit more at her fingertips than it was when Gilmore Girls originally was on TV, Rory was able to Google the flower Lorelai was ranting about immediately to identify it as the corpse flower. But what's almost more enjoyable than seeing Rory and Lorelai up to their usual antics in the Netflix revival is discovering just how spot-on Lorelai was (as per usual) in her mention of the corpse flower.

The Gilmores — particularly Lorelai — are always good for their obscure pop culture references. However, as Rory showed with her new sidekick the smartphone, Lorelai's allusions are usually less obscure than you originally thought they were. The references to Amy Schumer and John Oliver are certainly straightforward enough, though fascinatingly, Schumer and Oliver are two people who were just getting famous when Gilmore Girls originally went off the air since Oliver had just started his gig at The Daily Show in 2006 and Schumer was on Last Comic Standing in 2007. Anyway, Lorelai talking about having the stinky plant that only blooms every 50 years attached to her was more in need of a Google fact check, but you'll be surprised at how relevant this flower really is right now.

While I've never given too much time to botany, as Rory states in the trailer, "I like knowing things" and I had legitimately just learned about the corpse flower days before the A Day in the Life trailer premiered on July 27. Thanks to meeting someone who works at the U.S. Botanic Garden in Washington D.C., I found out that I could see the corpse flower in peak bloom in the nation's capital since it went on display on July 22. Yet, Washington isn't the only place to see a corpse flower currently. The one at the New York Botanical Garden is garnering more attention when it comes to Gilmore Girls fans since the Twitter account for the NYBG acknowledged that maybe Lorelai's comments had something to do with its corpse flower blooming.

Of course, I'm sure that Gilmore Girls creator Amy Sherman-Palladino knew full well that the corpse flower was going to be particularly newsworthy when the trailer was released, but I don't know if she was completely aware just how significant the reference would be. An article from The Wall Street Journal from July 29 (less than two days after the Gilmore Girls revival trailer was released) discussed how prevalent corpse flowers have been in 2016. Atlas Obscura wrote that the University of Wisconsin has only documented 157 blooming corpse flowers in the U.S. between 1889 and 2008, but six to seven are set to bloom (or already have) in 2016. Beyond Washington and New York, Bloomington, Indiana, and Sarasota, Florida will have a corpse flower blooming this year, along with these monstrous ten-foot-tall flowers already blooming in Chicago, Winter Park, Florida, and Charleston, Illinois. Is this just coincidence or a well-orchestrated plan from the minds of the people behind Gilmore Girls? I'm going to go with a little of both.

As I'll soon discover since I'm going to visit Washington's corpse flower, it has the smell of rotting flesh, so I can get why Schumer might not like you if you were carrying one around. Yet, I have a feeling that Schumer and Lorelai could bond over one aspect of the corpse flower — it's scientific name. The Latin name for the corpse flower is Amorphophallus titanum , which legitimately means "giant misshapen phallus." Although no one needs to smell rotting flesh, I have a feeling that both of these smart and funny ladies could have a ball riffing on the name of this stinky flower.