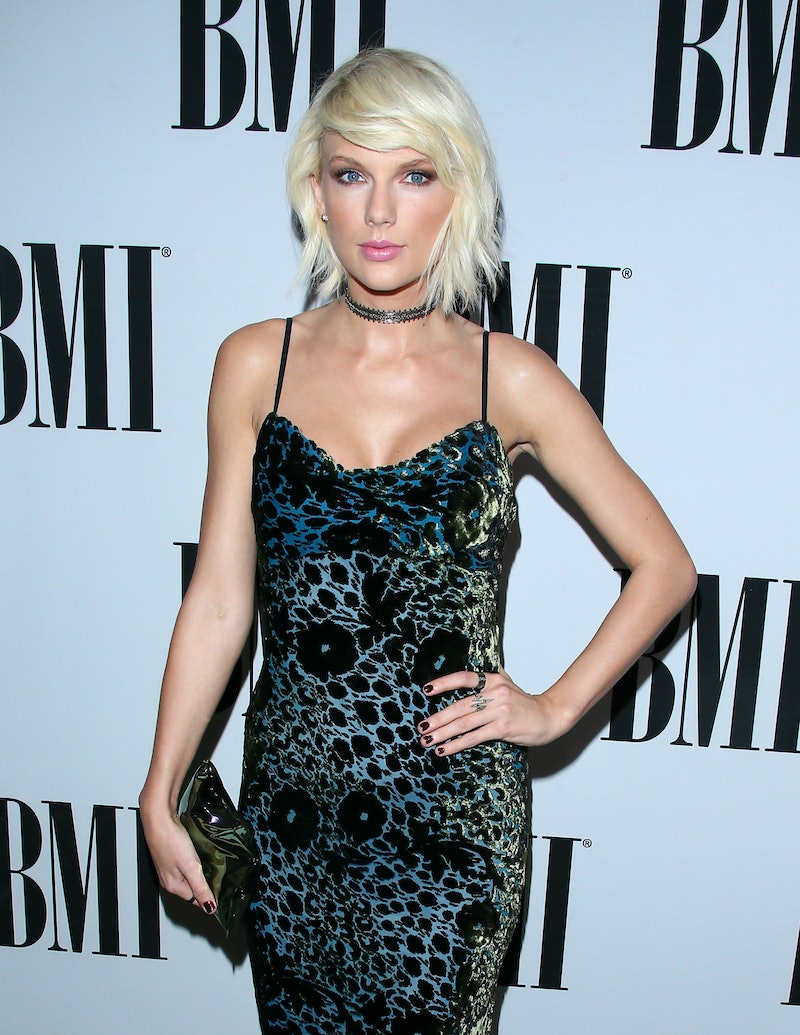 With the Tuesday rollout of Instagram Stories, aka Snapchat for the 'gram, celebrities were immediately flocking to the app to test out the fun new feature. Among one of the first stars to post an Insta Story was none other than Taylor Swift, who broke her social media silence (if you don't count that Selena Gomez birthday shoutout) in the wake of the ongoing Kim Kardashian/Kanye West drama. It's a sweet video for sure — her cat Olivia Benson is kneading the singer's bed and Swift is giving a running commentary about how the cat is really more like a squirrel — but it's also a clear AF sign that she will no longer be addressing any of the Kimye "Famous" exposé fallout (including Justin Bieber's random insertion into the feud).

It's the kind of video that fits perfectly into the T. Swift social media aesthetic: It's silly, it's sweet, it once again makes the public perceive her as a Regular Person Cat Lady. And, unlike her recent Instagram post — in which she fired back at Kimye and famously uttered the greatest dismissive of all-time ("I would very much like to be excluded from this narrative") — it comes across as entirely innocent and uncontroversial.

Of course, Swift knows exactly what she is doing with a video like this: It's a conscious decision to take back control of her brand and her image, which most definitely includes the "cat mom" role. And it's certainly sending a direct message to those who have jumped on the #TeamKimye bandwagon — like Bieber, who stirred the pot on Tuesday morning when he 'grammed a screenshot of his FaceTime session with West and captioned the photo, "Taylor Swift what up." T. Swift is not getting involved in any of that mess and is instead focused on re-building her own Insta aesthetic and public persona.

While Swift initially defended herself against the backlash (which, incidentally, came with backlash of its own), it looks like she is now getting back to her "regularly scheduled programming" and will no longer be commenting on social media about the matter. So while the vid of Olivia may seem like a nonchalant way for Swift to try out Instagram's latest feature, there's really much more underneath the surface — and so far, it seems to be working. Everyone loves a funny cat video, right?