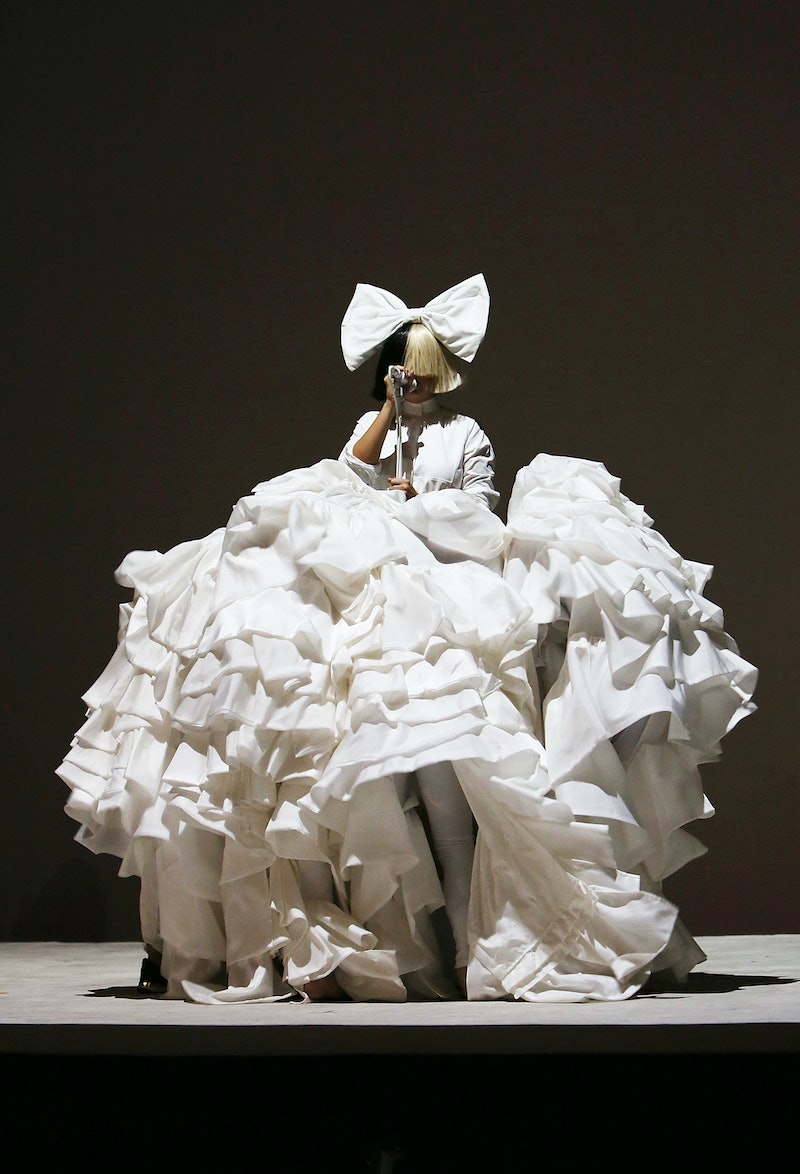 It's not the Olympics without inspiring commercials featuring slow-motion closeups of impressive athletes — and the 2016 Rio Olympics is no exception. Sure to be one of this year's favorite commercials during the games is Gillette's new, three-minute ad titled "Gillette: Perfect Isn't Pretty." The ad, which features Olympians Neymar Jr., Ning Zetao, Ashton Eaton, and Andy Tennant, stands out for a big reason — its use of Sia's "Unstoppable." The Sia song in Gillette's Olympics commercial is an inspiring earworm, and it totally could have been Katy Perry's "Rise" alternative as the actual Olympic anthem.

"Unstoppable" was originally released in January prior to the release of Sia's newest album, This Is Acting, but the singer recently released a special remix edition of the track with producer Ariel Rechtshaid, featuring a new verse from Pusha T and added percussion from Olodum. "I've been a fan of [Olodum] ever since I was listening to my parents' Paul Simon records," Rechtshaid told Billboard . "Sia, who's a friend of mine, and then Pusha T came in towards the end because the song felt like it could use his edge and a verse on it." It seems like the new Olympic version of the song has not yet been released as a single, and it's unclear if it ever will, but it is available to listen to on Spotify, Soundcloud, and Apple Music.

"Unstoppable" might sound like a classic Sia song, and in many ways it is, but it was close to being sung by a different artist altogether. Sia's album, This Is Acting, is full of songs the singer had written and produced for other artists. Sia, after all, is known as a the woman behind some of modern pop's greatest hits, like Beyoncé's "Pretty Hurts" and Rihanna's "Diamonds." But who was "Unstoppable" written for? Well, Sia hasn't explicitly said which artist turned down the newest Olympics commercial anthem. While she confirmed, in an interview with Rolling Stone , that "Cheap Thrills" and "Reaper" were originally written with Rihanna in mind, Sia has remained tight-lipped on the original recipient of "Unstoppable."

Listening to the song's fighting lyrics — "I'm invincible / Yeah I win every single game. I'm so powerful / I don't need batteries to play" — it reminds me of something "Rise" singer Perry would love to belt out. In fact, in her interview with Rolling Stone, Sia admitted, "I really wanted her [Perry] to sing some of my songs." The idea that Perry is fitting when you consider the fact that Perry is currently promoting her official Rio Olympics song, "Rise," which she co-wrote with Savan Kotecha, Max Martin, and Ali Payami.

Listening to the two songs side by side, it's really not hard to see how "Unstoppable" could totally have been this year's Olympic soundtrack alongside "Rise." Who said we could only have one Olympic anthem?

More like this
Watch The Dramatic First Trailer For Netflix's Jennifer Lopez Documentary
By Alyssa Lapid
Lisa Marie Presley Reviewed Baz Luhrmann’s ‘Elvis’ Movie On Twitter
By Grace Wehniainen
Are Tom Daley & Louis Theroux Bound For 'Strictly'?
By El Hunt
Marcus Rashford Took Inspo From Kravis For His Adorable Proposal To Girlfriend Lucia Loi
By Frances Stewart
Get Even More From Bustle — Sign Up For The Newsletter