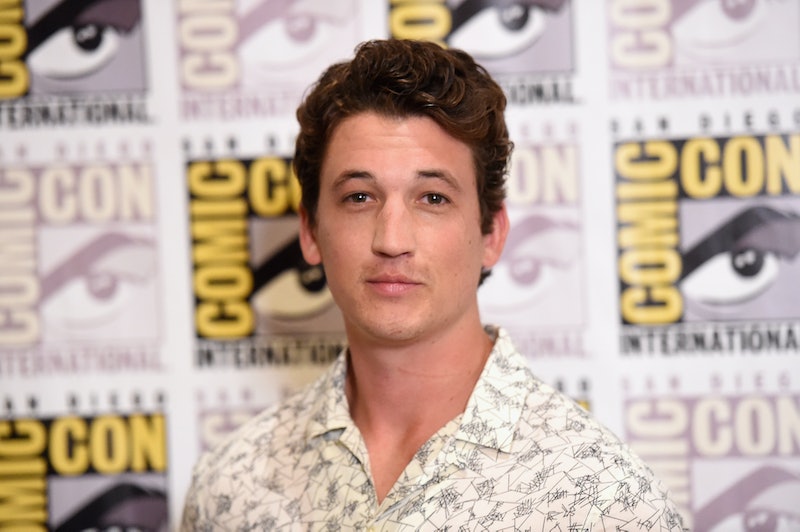 With the Harry Potter series, the Twilight saga, and The Hunger Games adaptations now long behind us, the Divergent series is reaching its demise sooner than fans expected. After news broke that the franchise's final film, The Divergent Series: Ascendent , won't be heading to theaters, fans believed that the lower-than-expected box office numbers for the third film, Allegiant, took a toll on Lionsgate's original plans. However, if you were taking heart from the fact that the film would still live on as a TV series, Miles Teller's reaction to the future of the Divergent series will probably upset you — even if you're a Dauntless.

"It caught us all by surprise. At this point, it's a different set of circumstances. We'll see. I honestly haven't talked to anybody," Teller told The Hollywood Reporter at the red carpet premiere for War Dogs. "I'm not kidding when I say that you won't find a single actor who worked in that franchise who would have anything bad to say about that experience. It's all good. I've got nothing but love for everybody I've worked with on that franchise."

However, as Teller alludes to, there were multiple unexpected changes that occurred since they initially signed on to the project. "Things do change anytime they're messing with something that was not the original intention," he said. "We all signed on for it in hopes that it'd be released in theaters, and we all had every intention of finishing [the franchise]."

He isn't the only Divergent star who was clearly affected by the news. Shailene Woodley spoke about the changes in an interview with E! News, in which she revealed, "I honestly have no idea what's going on with Divergent. I know as much as you do." And fellow co-star, Ansel Elgort, commented on the Divergent drama more directly, telling Huffington Post that, "We [the cast] didn’t say our goodbyes because we were expecting to do another one together."

That seems to pretty much confirm that none of the original cast will be filming the final installment or even know what this next movie entails. It looks like recasting for a the television series is not just a possibility, but an eventuality. While his may affect the story itself, it won't necessarily affect the individual careers of the actors involved. After all, Shailene Woodley, Miles Teller, Ansel Elgort, and Theo James all have numerous film projects currently underway.

Plus, according to IMDB, they are all still signed on to The Divergent Series: Ascendent until further notice. So don't lose hope just yet.