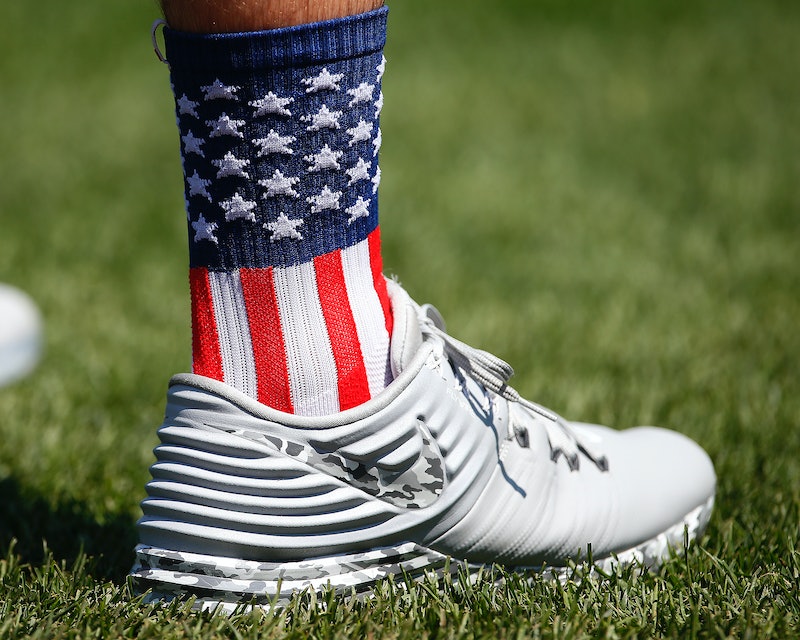 Honestly, I'm constantly amazed at all of the differences and diversity that exist in the world around me. One thing that interests me in particular is when I think about things that are socially acceptable in the United States, but which not might fly abroad. Of course, it's important to remember that even within the United States, we have a wide range of customs that vary from place to place, so to say that something is the "norm" in one part of the country might not speak to how common it is on the other coast. Still though, when you look at common trends and themes in cultures around the world, you can notice huge disparities in what we come to expect in our daily lives.

Even if I don't get to live many places abroad, I'm always fascinated when I can get a look into what life is like across the ocean. That's why I was so intrigued by the recent AskReddit post where users discussed the question, "What is socially acceptable in America which is not anywhere else?" The thread has only been up for a few hours, and it's already gotten several thousand comments — so clearly it's a topic about which people have some pretty strong feelings.

Indeed, there's been a wide variety of responses — many of which comment specifically on social norms that involve being in the public eye and inhabiting public spaces. That creates a really interesting layer to the question, in my opinion, because what we consider "rude" or "abnormal" in public might be very different than what we do in the comfort of our own homes. This is a great example of how complex cultures can be, and how exciting it is to learn more about the places and people far from our own homes.

Here are 10 of the responses I found the most interesting; head on over to AskReddit for more.

While this of course varies from place to place, I've definitely noticed myself that some cultures are much more comfortable with PDAs outside of romantic relationships than we are here in the United States. While physical affection between friends and family is, of course, normal, it can sometimes be surprising to Americans to see how generous people can be with it in other countries.

I mean, yes, we do have the separation between church and state — but religion does seem to be brought into our politics an awful lot. We often hear politicians talking about "blessing America" and whatnot, while in other countries, it doesn't seem to be nearly as common.

If there's one thing I've heard my international friends comment on, is that America's tipping culture can be pretty darn confusing. In some countries, tipping is absolutely the norm, but certainly not everywhere; indeed, the practice is actually considered rude in some places.

This is one of those ones that depends on where in the country you are; for example, I'm from the Northeast, where small talk definitely isn't the norm unless you already know the person you've just run into. That said, I have totally had random, friendly conversations when strangers when I've visited the South, so I can see how it would surprise people who aren't at all used to it.

5. Having The Country's Flag Everywhere

Here in the United States, you can see the American flag flying pretty much everywhere, including on our clothing, accessories, and decor. While other countries certainly have pride in their flags, they don't necessarily sport it on tank tops and tote bags like we tend to do here.

6. How Our Politicians Fund Campaigns

There are definitely other countries that have politicians fundraise independently for their campaigns, but our system is a little different than it is in a lot of places. (Which is probably why it's been such a talked-about topic this election cycle.)

7. The Intensity Of Advertisements

Ads are everywhere; indeed, some consider consumer culture to be taking over the country. WE seem to have an especially large amount air on television.

In the United States, it's the norm in most restaurants to ask for your leftovers to go. In other cultures, though, it's far from common. (This Eddie Izzard routine nails it.)

9. The Right To Bear Arms

It might seem surprising, but it's true: Not all countries have constitutional rights for citizens to bear arms. This point is often a large part of the gun reform debate in the United States.

10. Moving Out For College

For many people, the norm is not to move out for college or when you get your first job, but instead to stay at home. For some cultures, this has to do with family bonds and the responsibility of helping around at home, while for others it has to do with conserving funds until people have enough money saved to support themselves. Either way, not everyone moves into a dorm when they're a college freshman.

More like this
How To Protect Your Digital Privacy If You Need An Abortion Post Roe v. Wade
By Kaitlyn Wylde
How To Fight For Reproductive Rights, Based On How Much Time You Have
By Courtney Young
30 Expensive Mistakes You Don't Realize You're Making With Your Car
By Claire Epting
The Luckiest Day In Gemini Season, Based On Your Zodiac Sign
By Brittany Beringer
Get Even More From Bustle — Sign Up For The Newsletter