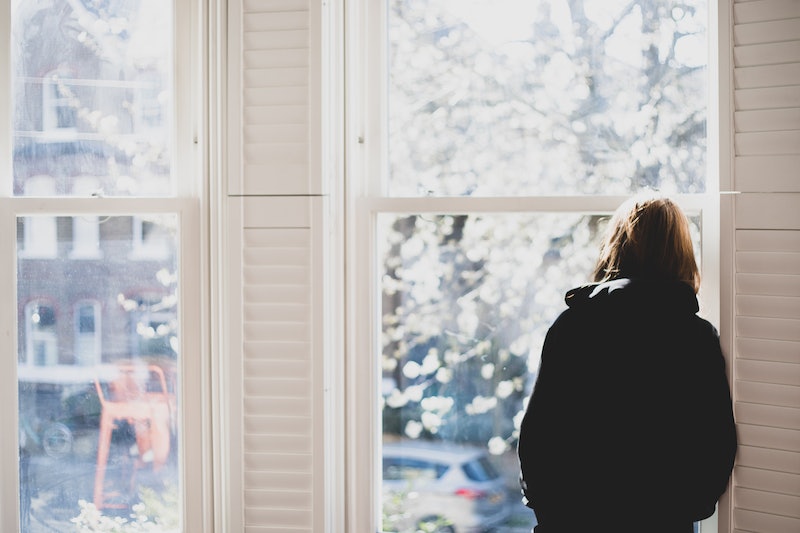 In reality, depression is a remarkably unglamorous disorder. People seem to think it's all swooning misery and artistic sadness, when really it's just a slow grind in which you attempt to persuade yourself, once again, to get out of bed and function as a human being in the world. The realities of living with chronic depression can be tricky to explain to outsiders, given that so much of it is interior and that it manifests in ways that can be easily mistaken for something else by the unobservant (laziness, for example). Which is why it's crucial to understand what the day-to-day experience of depression is really like: we need empathy for those with serious mental issues, because without understanding there's no real support.

I was diagnosed with severe depression in 2009, and have been following a fairly typical treatment plan ever since: cognitive behavioral therapy and SSRIs (selective serotonin reuptake inhibitors), one of the modern class of antidepressants. I'm what you could call "high-functioning," in that I'm able to hold down a job and personal relationships, though not without considerable flexibility on the part of my employers and a lot of understanding by partners and friends. The spectrum of experience when it comes to depression is vast, as severity differs and treatment has varying effects, but there are some central truths that may be accurate for every person in your life with depression, and it's important to know them.

Here's a brief rundown of what it's really like to live day-to-day with a depression diagnosis, while managing the symptoms and attempting to function as a human adult.

1. You Get Sick Of Explaining It To People

Depression is hardly the world's most comprehensible disorder, largely because of the myths and associated nonsense that tend to percolate about it in contemporary media. No, we are not just dramatizing ourselves like teenagers. No, we are not all aggressively sad all the time. No, it is not something you get over through force of willpower and lots of sunshine. (I wish.)

If depression sufferers are lucky, they have a support network that understands the vagaries of their condition, including medical and therapeutic assistance. Many of us, though, spend more time than we'd like explaining what depression is to well-meaning (or perhaps less well-meaning) friends, family, co-workers, and employers.

2. You Try To Praise Yourself For Minor Self-Care

Being a depressive often means lower expectations for daily life. The work of self-care is extremely important and extremely difficult for depression sufferers, which is why it's a big deal for us. Getting out of bed, taking a shower, cleaning the house, and having a decent meal are victories over a crushing weight that tries to convince us this is all hopeless and there's no point in anything; in that context, they represent massive triumphs. Self-care is also one of the first things to slip in the downward movement towards a serious depressive period, as the disorder makes it harder and harder to view ourselves as worthy of care or basic attention.

Many clinically diagnosed depression cases will undergo various transition periods when it comes to medication, experimenting with what type and what dosage fits them best. We're uncovering many different ways in which this particular process can be streamlined and made more precise, but at the moment, we're largely stuck with trial and error. Since the side effects of a poor dose or not-quite-right medication type can be pretty horrific, as can the impacts of going off one ("brain sparks" are not a thing I would recommend to anybody), this is often an intense and worrying part of our experience. It's also something we can struggle to be on top of, as controlling our medication is one of those self-care things that can rapidly disintegrate under pressure.

4. You're Well-Attuned To Signals Of A "Bad Day"

Nobody knows the individual's depression better than the individual. It's a remarkably personal disorder, with a huge diversity of potential causes, treatments, and experiences; and within your own depression, you become something of an expert in your own signaling. People who are having therapy of some kind for their depression are usually actively trained to notice the signs of a potential "bad day" (read: oncoming depressive mood period, which can last for an indeterminate period of time); but even those who aren't can usually spot the signals, even if, in the moment, they're relatively powerless to stop what happens next.

5. You Know That The Guilt Is As Bad As The Misery

One of the key elements of depressive thinking is punishment, and depressives know very well that perhaps the most punishment-worthy aspect of their thinking is the depression itself. It's a compounding issue: you feel misery and hopelessness, then guilt and shame at feeling that misery and hopelessness, which escalates the initial feelings and catches you in a depressive "loop". Escaping these thought spirals is often the center of cognitive behavioral therapy, one of the most-suggested psychological therapies for depression. People with depression, it's important to note, enjoy precisely no aspect of their disorder.

6. You Often Have To Advocate For Yourself At Work

People with severe depression and the need to actually make a living often find that the two are, if not incompatible, then in need of some negotiation in order to make things work effectively. Marrying the expectations of your work environment with the actualities of your disorder can be very tricky, particularly considering that the aforementioned myths can mean people think you're just malingering.

I've known several friends who've had to become minor labor law experts to argue their case for flexible scheduling and understanding with their employers; mental conditions such as depression can meet the criteria for a disability, and under those circumstances, you sometimes have to fight your corner to make sure you're getting fair treatment.

7. You Try To Make Peace With Struggling & Failing

Depression as an ongoing disorder has a public image of unrelenting misery; and in some cases that's accurate. In others, however, it's a mixture of reasonable and not-so-reasonable days, mediated by medication, therapy, support networks, and self-care as much as possible. Depression, like other mood disorders, can be a wavering needle rather than a blanket one-size-fits-all experience. Hanging on for the good days, or just the not-completely-awful ones, can be a painful thing, and the strength of the disorder can mean we just crawl back to bed and need a tremendous amount of help to get out again. It doesn't make us weak; it means we're unwell, and that today, though perhaps not tomorrow, the illness has won.