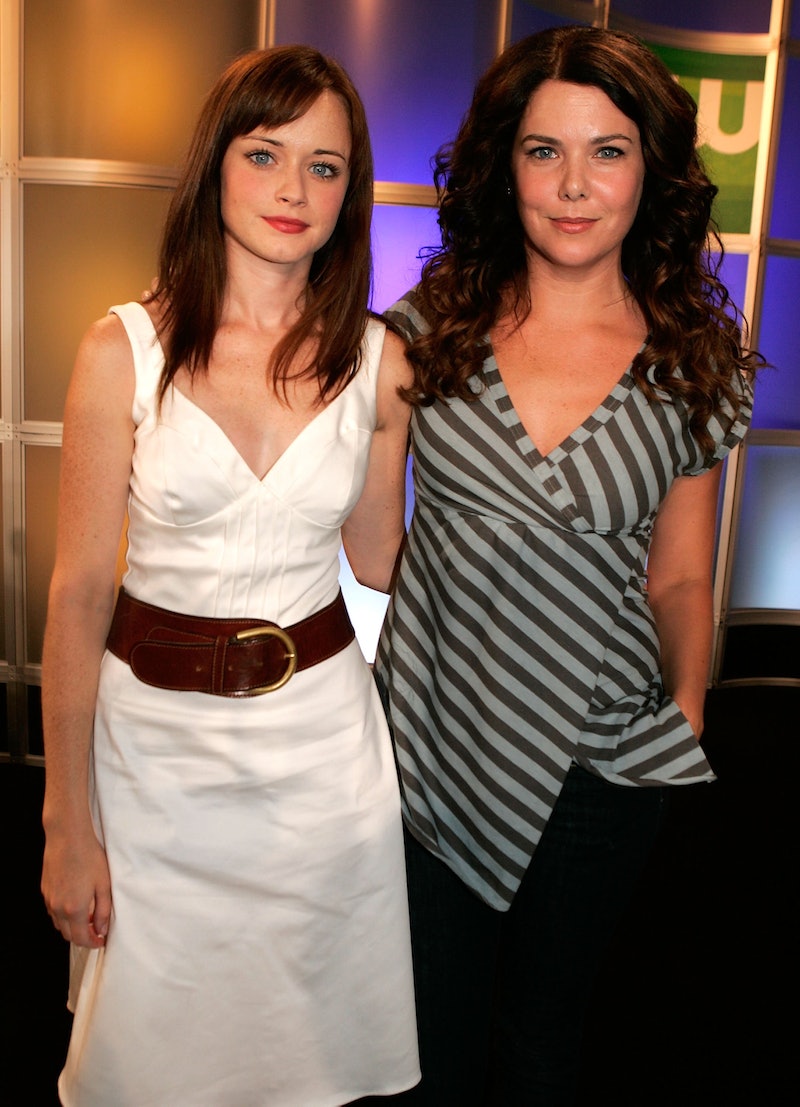 There's nothing like catching a glimpse of Milo Ventimiglia on Many Moore's Instagram, using the "puking the rainbow" Snapchat filter to get the wheels turning in my overly curious noggin. It's just that, if Ventimiglia can use a Snapchat filter so effortlessly, does he have a Snapchat himself? And, if he has one, does the rest of the Gilmore Girls cast have Snapchat accounts, too? The possibilities are almost too much for this weary heart to manage. The revival has already caused me undue amounts of stress, in the very best way.

Just because the actor is great at the whole filter thing — and I mean, it's an accomplishment because not everyone is — doesn't necessarily mean said actor is in possession of the filter generating app himself. So, I decided to dig because my brain would not let me rest until I did. (Also, because we all have way too long of a wait until November to see the cast in action on our screens.)

Unfortunately, it does not appear that Ventimiglia has a Snapchat yet, but if his clear enjoyment of vomiting rainbows is any indication, then he may just be getting one soon.

But don't fret, friends. While Jess Mariano occupies most of my Gilmore Girls thoughts, he definitely is not the only person in the cast. First up on the list? Alexis Bledel, who has not downloaded the app, but the story doesn't end there. You see, Bledel may not have her own Snapchat, but that doesn't mean she hasn't dabbled in the Snapchat arts. In fact, if you wanted to catch a glimpse of the actor, you can check the videos and screenshots that were taken when the First Lady, Michelle Obama, featured her on her own account.

Lauren Graham is also Snapchat-less, but that doesn't mean people are OK with it. No, fellow fans want the Parenthood alum to get on the app, stat, for their own well being, and I totally get it.

As you probably assumed, Luke Danes' alter ego, Scott Patterson, does not have Snapchat, either. Listen, I'm just happy the rugged and old school dude shares such amazing pictures on his Twitter. It's the little things, you know?

When it comes to Melissa McCarthy and Jared Padalecki, you guessed it, they are also not a part of the Snapchat crew, but like Bledel, have been on Snapchat, at the very least:

I am also sorry to report that Kelly Bishop, Matt Czuchry, Keiko Agena, Sean Gunn, Yanic Truesdale, and Liza Weil — aka Emily Gilmore, Logan Huntzberger, Lane Kim, Kirk Gleason, Michel Gerard, and Paris Geller — do not seem to be pro-Snapchat, either. So, while the Gilmore Girls cast is a Snapchat-less one, I think we can still hold out hope that as the premiere approaches they'll want to get more involved on social media and with their fans, particularly on Snapchat. (P.S. Even though the cast isn't on Snapchat, Bustle is! Follow us @bustledotcom.)