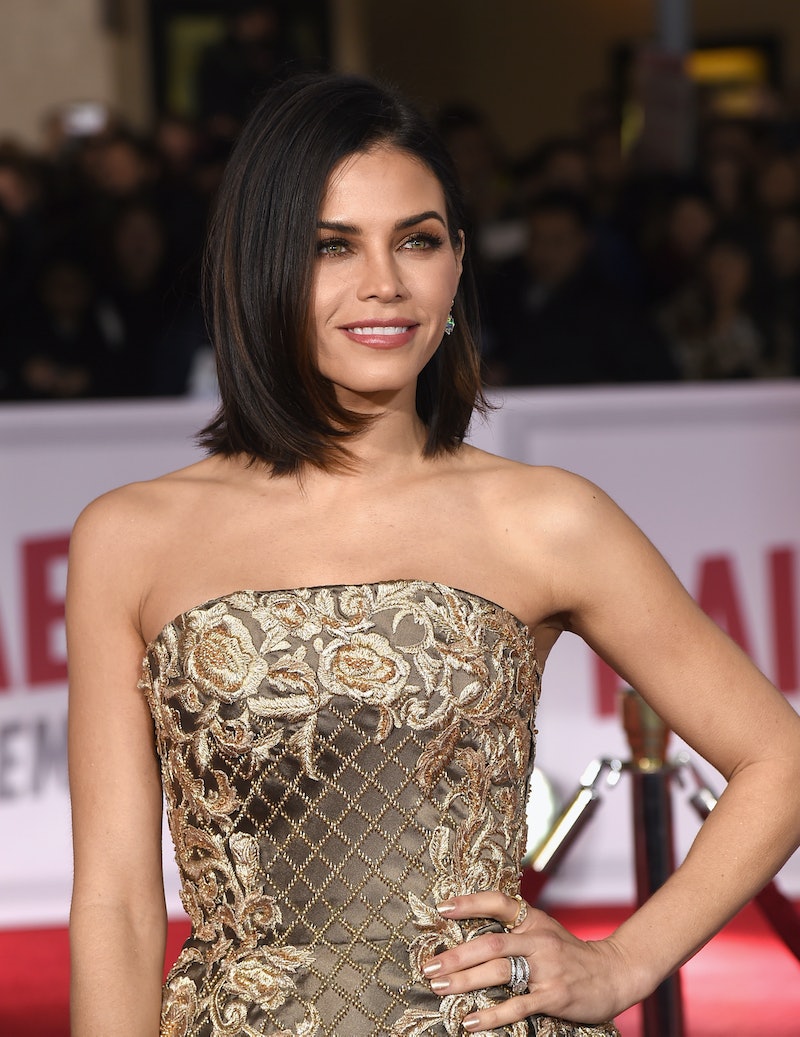 Well, Jenna Dewan just made a splash — and in more ways than one. In an Instagram shared Friday, not only did Jenna Dewan Tatum slam old pregnancy rumors, but she also revealed what Channing Tatum's Splash costume looks like. You may recall an IG Tatum posted in December 2015 of Dewan Tatum wearing a purple mermaid tail. Alongside the photo he wrote, "Happening." Of course, people couldn't just take the photo as is, but had to read into it and speculated Dewan Tatum was pregnant with her second child. Well, the Supergirl star wants you to know that she was not pregnant, but was actually trying on her husband's costume for his upcoming Splash reboot. Whoa.

"That time I was trying on @channingtatum's costume for Splash and everyone thought I was announcing a pregnancy #tbt," the dancer shared Friday. Anyone feel like a total fool now? Let's also take a moment to imagine Tatum as a mermaid wearing a purple tail. Yeah, it's amazing.

On Monday, it was announced that Tatum and comedian Jillian Bell will star in a remake of the 1984 Tom Hanks and Daryl Hannah movie. However, their version is a bit different with Tatum as the mermaid. The gender-swapped reboot is certainly a way to change up the Splash fans know and love. I'm sure Tatum's fans are also excited to see him as a mermaid.

All of this is just further proof of why you should never read into anything or believe rumors. Sometimes a photo is just a photo — or secretly an announcement for an upcoming Splash remake.

With that, be sure to take another glance at the above photo, because it looks like Tatum and Dewan Tatum's daughter, Everly, is already following in her dad's mermaid tail.