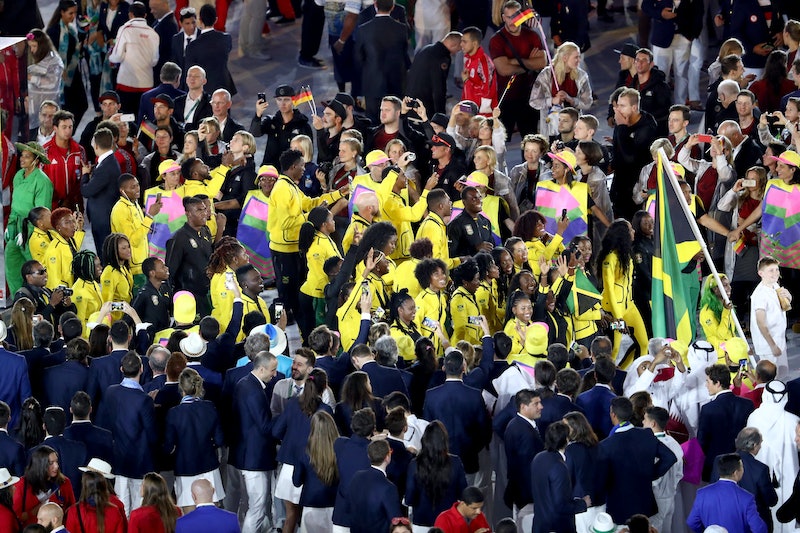 In defiance of the doubters, the Rio opening ceremony has set a bar that host countries would do well to try and beat in the future. In fact, I'm not the only person who thinks that the opening ceremony of the Rio Olympics is the most woke one I've ever seen. For those who aren't in the know, to be "woke" is a slang term meaning to be aware of current affairs and what's going on not only in the community but also in the world. If you weren't woke before you tuned in to the opening ceremony, then you're at least partially woke now. From start to finish, Rio used the platform to raise awareness for a variety of issues that you might not have expected to take center stage at such a high profile event. Stay woke, Brazil. Stay woke. The rest of the world needs to get on your level.

Between a historical presentation that didn't shy away from the bloody and dark parts of that history and culture, to an entire segment about global warming and climate change, Rio spared no opportunity to make sure that viewers had their eyes wide open on important issues. But don't just take my word for it. Let's take a look back at the big issues that the Rio opening ceremony went ham on.

I think we will always remember where we were when Brazil used an interpretative dance history of their country in order to acknowledge and validate the indigenous peoples and slaves whose lives and livelihoods were stolen or abused or destroyed in order to build up the country. The fact that people of color were given such visibility in Brazilian history, when so many other countries act as if they sprung wholesale into existence in time for slavery or civil rights movements, was shocking... and amazingly woke. As film director and contributor Daniela Thomas said during the presentation,

We are addressing divide, something that we had to overcome... It would be irresponsible to ignore the racial and political and economic divides in this country.

For that reason, they then followed the history of Brazil all the way to the modern day of urbanization, highlighting the sharp divide between the rich and the poor. Brazil showcased its innovation and inclusivity, while also acknowledging their class issues and racial divides, in a presentation that many expected to be a glossy celebration of the country's bright side. In the lead up to the Olympics, there was much press devoted to the country's class divides, and Brazil bravely acknowledged it here.

The event then devoted a significant chunk of time to raising awareness of global warming, an important issue for a seaside city like Rio. Creative director and filmmaker Fernando Meirelles said it best when summing up the theme.

You've just seen this big party. Now, it's time to change the mood. We need to send a message to the world. I think this is the core of our ceremony. We're going to show you how climate change is affecting all of us, and how our world is at risk because of climate change.

Do you think that the Olympics opening ceremony is the place for a feature presentation about the danger of global warming? Well, it doesn't matter what you think, or whether you believe in global warming, because Brazil is going to use the fact that they have your attention to educate you about the dangers of climate change. Hey, you get to listen to Judi Dench read "A Flor e a Nausea" by Carlos Drummond de Andrade. You may as well get woke while you're doing that.

During an interview on the Rio 2016 website, Meirelles said he aimed for the ceremony to be,

...a drug for depression in Brazil. Brazilians can look at it and say we are a cool people, we are different ethnic groups, we live together, we never went to war, we are peaceful, we know how to enjoy life and we tend to be happy.

The fact that this country chose to express itself in the form of making everyone #WokeAF just goes to show what kind of values Meirelles wants Brazilians, and the world at large, to look at.