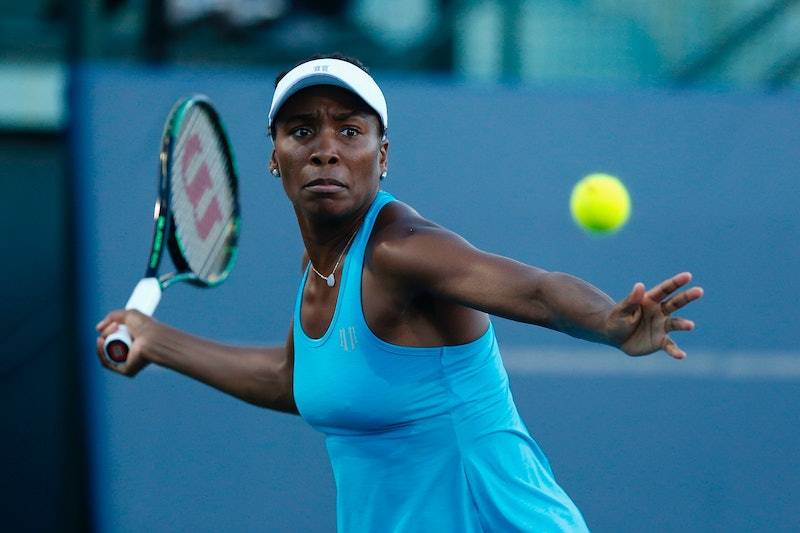 Venus Williams may have lost the Women's Singles at the 2016 Olympics, but she is still one of the greatest athletes on the planet. Anyone that Venus Williams is dating has to know they are dating one of the reigning queens of the sports world. And while it is hard to say for sure if the athlete is dating anyone at the moment given how private Williams' keeps her personal life, the star appears to be single.

Williams' last known boyfriend was the male model Elio Pis. Beginning in 2012, Pis and Williams' names were often mentioned together, and though the Cuban model doesn't have much of a presence on social media, he does keep a fairly up to date Facebook page. Pis and Williams were spotted together as recently as 2015, but if they are still together, they are keeping their relationship out of the press these days.

Honestly, given how busy Williams' life is at the moment, I would not be surprised to find out she is focusing all of her energy on tennis, her business pursuits, and her family. Not only is Williams an Olympic athlete, she is also an entrepreneur with her own line of active wear, EleVen. Between killing it at Wimbledon, prepping for the Olympics, and slaying at the office every day, Williams is probably just as excited when she gets to spend quality time with her dog and Netflix account as you are.

One look at Williams' Twitter page is all it takes to understand what she values most in life. When she is not tweeting about tennis, she is sharing news about EleVen or letting her sister Serena know how proud of her she is. Work, family, and the occasional shopping picture dominate Williams' Twitter feed making her even more relatable than she was before.

Whether she and Pis are still quietly going strong, or the couple has gone their separate ways, Williams' life is crazy full. If she is dating, then I hope her partner has as much energy and love for life as she does, because Williams is unstoppable.