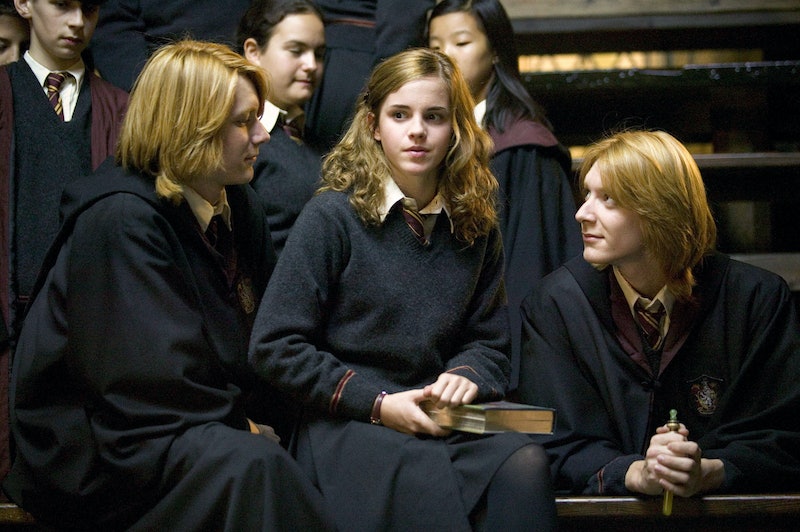 It wouldn’t be such an amazing series if it were perfect, because the best things are a little bit flawed. And Harry Potter fans are pretty much known for being so hardcore that they’ll notice even the most minute flaws: typos, inconsistencies, misspellings, and more.

Some of these small details are explainable, and easily dismissed. There are other elements of the story, though, that you might wish you could change. So do you wish you could meddle in the love lives of the characters? Stop your favorite character from dying? Tell the story from another perspective? Address all the time travel paradox issues involving time turners?

If you’re a Potter fan, you probably have a strong opinion. And at one point or another, as much as you love the series and wouldn't truly change anything, you’ve probably thought about changing at least one major thing —

Here's why so many Harry Potter fans wish the epilogue could be diffferent:

1. It Fast Forwarded A Big Portion Of Our Favorite Trio's Lives

Part of what Harry Potter fans loved about the series was the chance to grow up with these character. The books span seven detailed years in the lives of characters, and we get to see them mature from 11-year-olds scared of the Sorting Hat to hardcore members of Dumbledore's Army. But then the book skips past their '20s and runs straight into their lives as adults. Suddenly, everyone is happily married and has kids. Wait, what? Where is all the in-between stuff? These kids barely had a childhood — thanks, Voldemort — and now readers don't even get a chance to see them enjoy their young adulthood? OK.

2. Many Of The Romances Seemed Too Perfect

I was all for Hermione and Ron and Ginny and Harry, but it seems a little unrealistic that everyone would end up with their childhood sweethearts. What about all the other fish in the magical sea?

3. The Name 'Albus Severus' Will Always Be Uncomfortable

It's sweet that so many of the children in the epilogue are named after the characters we all love, but Albus Severus will always be a bit of an awkward name. Albus was the perfect name for the powerful Dumbledore, but it's hard to imagine a school-age kid with that name.

4. We Feel The Sting Of The Missing Characters

Speaking of naming kids after people, it's hard not to feel the sting of the missing characters in the epilogue. Specifically, Fred. Why, JKR? Why? This was the hardest death for me to accept, and the epilogue just didn't seem right without characters like Fred.

5. We Got Some Details, But Not Very Many

We know who some of the characters married, and a little bit about their interactions, but we didn't know much about their jobs or what they did in the missing years or how they spend their free time. Personally, I always hoped for the release of the once-rumored Harry Potter encyclopedia. Instead, we got the next phase of the story: Harry Potter and the Cursed Child . The play certainly filled in some gaps, but I'm still hungry for more information. Basically, I just need to know everything Hermione does, because she's my role model forever.

Speaking of Cursed Child, it kind of negates the good feelings ending. Spoilers ahead! The epilogue left readers with three simple words: all is well.

That turned out to be completely untrue, which we learned when we read Cursed Child.

Do the events of Cursed Child change the entire epilogue? I don't know, but I do know that the picture of our favorite wizards and witches standing on Platform 9 3/4, waving farewell to their children on the Hogwarts Express, will forever be beautiful in its own right. Always.