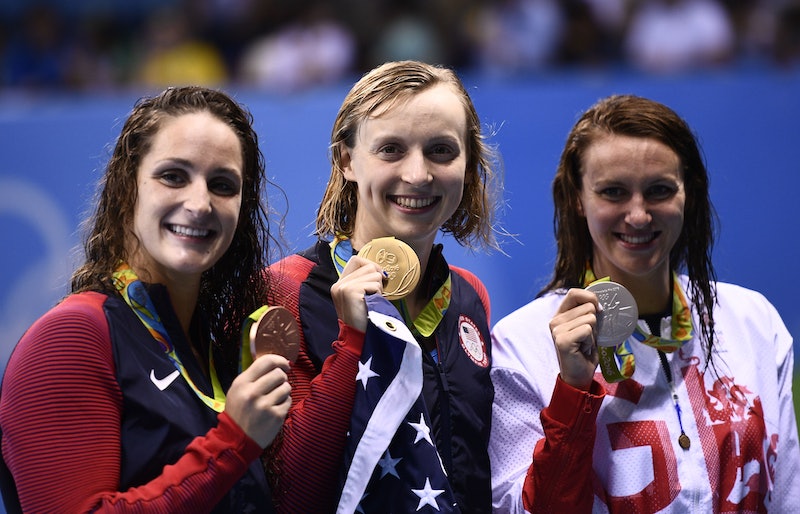 Picture it, if you can. You're standing on top of a podium at the Olympics with a gold medal around your neck as the national anthem plays. It's a dream many athletes have from childhood, but there's one question that rarely enters these fantasies — how much is an Olympic medal worth, financially speaking? To get a better answer to that question, first you have to understand that there are costs associated with a trip to the podium. That's right, in addition to years of training and sacrifice in the name of becoming elite, victory at the Olympics can actually add to your federal tax responsibility.

The reason that there is a monetary price to winning an Olympic medal is that, in the United States, Olympic champions receive hefty cash prizes which are considered earned income, and are thus taxable by the IRS. As this infographic by Sports Interaction shows, the amount of each Olympic purse that gets promptly returned to sender depends on the rest of an Olympian's earnings for that calendar year. A gold medal victory for Team USA comes with a $25,000 cash prize, $15,000 for silver, and $10,000 for bronze. Olympians in the highest tax bracket will pay out 39.6 percent of each respective prize in taxes. So, for highly paid athletes like members of the U.S. men's national basketball team, Uncle Sam charges approximately one bronze medal to win gold. Athletes in the lowest tax bracket only pay 10 percent of their Olympic earnings in taxes.

You might be surprised to learn that the United States actually has the third lowest cash prize for Olympic gold medalists in the world. The UK doesn't pay cash prizes for Olympic medals at all, and Germany pays out only slightly less than the USA. Armenia's next door neighbor Azerbaijan pays out $510,000 to its gold medalists — of which there have been six since they entered the games as an independent nation in 1996. Kazakhstan shells out a cool quarter million for each gold medal.

The actual gold medals are mostly made of silver, silver medals are also mostly silver with three percent copper to save on production costs, and bronze medals are primarily made from copper and tin with a bronze coat for authenticity's sake. Sans nostalgic significance, no Olympic medal is worth more than a few hundred bucks, give or take for the undulating price of precious metals.

Check out Sports Interaction to find out how much your favorite Olympian will be shelling out in taxes after the pop and circumstance of Olympic glory starts to die down.

More like this
What Is Jeanie Buss' Net Worth? The Lakers President Is Uber Rich
By Hugh McIntyre
5 Crystals To Manifest More Money
By Megan McCarty
Ryan Seacrest's Net Worth: 'American Idol' Makes Up Only Half Of His Wealth
By Hugh McIntyre
What Is Barack Obama’s Net Worth? He Makes *Way* More Now As An Ex-President
By Hugh McIntyre
Get Even More From Bustle — Sign Up For The Newsletter