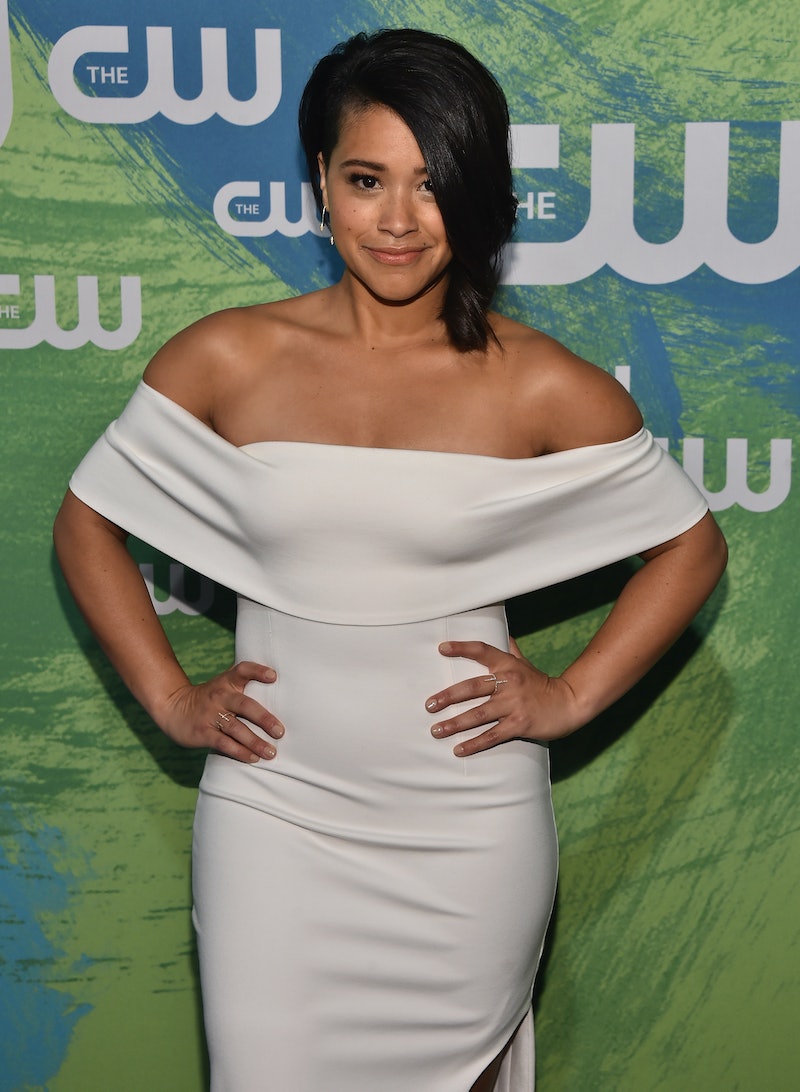 Anyone who follows Gina Rodriguez on Twitter can see how much the Golden Globe winner cares about her fans. She's constantly interacting with them, offering words of advice when they seemingly need it most. And what about that time the 32-year-old let a teen borrow an award show gown for prom after seeing her tweet? So sweet! FYI, Twitter isn't the only way you can keep up with the star's adventures — she's also on Snapchat. So, what's Rodriguez's Snapchat name? You can find her at @HereIsGina, same as her Twitter handle. And if you're a Jane The Virgin fan, you'll probably want to follow her right away. Especially since she recently tweeted,

Today is the first table read of the day. Hit up Hereisgina on snapchat for that FaceTime diary!

Considering Season 2 of Jane The Virgin ended with a major cliffhanger, perhaps this will help hold everybody over until the show returns in October. Personally, I can hardly handle waiting that long to know whether Michael is OK, but hopefully a clue or two will sneak into Rodriguez's Snaps. For instance, I'm taking any appearances from actor Brett Dier (who plays Michael) as a promising sign that he'll be on the show in some capacity.

Although she already opens up to fans on sites like Twitter and Instagram, Snapchat adds an extra level of closeness, allowing her to share behind-the-scenes videos from a show that fans know and love. It's a much more candid connection to Rodriguez. Plus, it offers a glimpse into how she and the cast interact when they're not on-screen. It's the next best thing to being a fly on the wall as they film the series. And based on what she's posted thus far (see above), they really do seem like a family.

October already feels so far away, but luckily Snapchats from Rodriguez are an excellent way to fill the time. This may even add new theories to speculate about before Jane The Virgin actually returns. Fingers crossed.