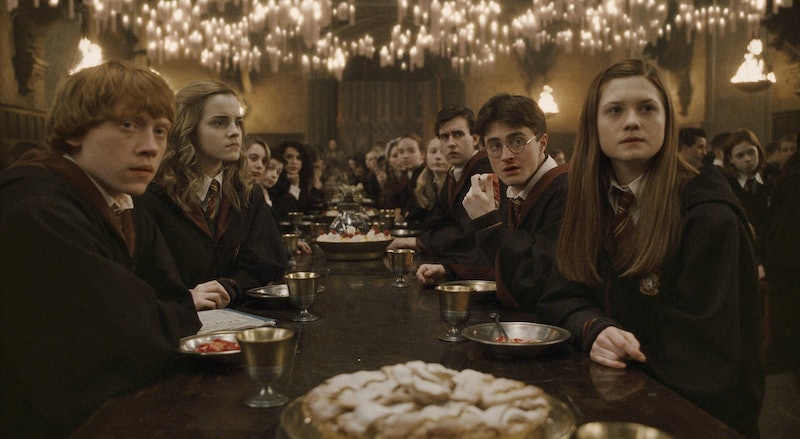 I know I’m walking on dangerous territory here, but it has to be said: There are a lot of reasons why I love the Harry Potter movies more than the books. There. I said it. I said the thing that I have kept to myself after loving all things Harry Potter for the last I don’t even know how many years. Well, all things except that ride at the Wizarding World of Harry Potter that made me want to puke up all my butter beer. Because here’s the thing that no Harry Potter fan is willing to consider (let alone admit that what I’m saying is true): There are a lot of things about the Harry Potter movies that are just way better than the books.

Of course there is an opposing side to every argument, and I recognize that there are a lot of things about the books that are better than the movies, too. But I feel like that is an argument that has been made about and against the movies ever since they first started coming out. That’s also just the way adaptations work: There are always things in the movie that don’t come out quite the way you pictured them.

Do you know how many minutes it takes to read 700+ pages? Too many minutes, that’s how many. But I love that I can sit down and watch an entire year of Harry’s life in about 120 of them.

2. Watching The Actors Grow Up Is Adorable

3. The Special Effects Are Awesome

Way better than my imagination, it turns out.

4. You Can Experience All Seven Years In A Day

I mean, it would take you almost all day, but you can definitely do it.

5. Quidditch Is Way More Fun To Watch Than To Read About

Can you imagine reading a football game? We all know that sports are a visual pleasure, once that the movies capture way better than the books.

Another visual pleasure that the books could never do justice to.

7. All Of Those Celebrity Cameos

8. They Clarified Things That Were Confusing In The Book

Maybe it’s just my terrible imagination, but there were definitely some magical elements to the wizarding world that never made sense to me. Like, seriously, what does an invisibility cloak look like? But seeing those elements play out on the big screen, it all became clear.

You can talk about the English countryside all you want, but seeing it in high-definition in all of its green and foggy glory is something the books could never capture entirely.

10. The Ability To Rewind

Sure, I could go back and try to find all of the clues leading up to Snape turning out to be a good guy, but that’s a lot of pages to look through. I loved the movies for that reason, because, with them, it is totally possible to revisit all of the scenes to see just how much they revealed about his true motivations.

I would have never been able to picture something so evil, but thanks to modern makeup and effects, the movie captures this terrifying character perfectly.

12. No One Read Ahead Of You That First Night

Unlike the book launches, where tons of people read the entire thing within the first 24 hours, if you showed up for the midnight showing of the film, you were going to know what happened just as quickly as the next guy. There was no reading ahead and no potential for spoilers the next day at school.

13. They Keep Your Hands Free To Do Things Like Eat

Sorry. But anything that I can do while eating popcorn and drinking a fountain soda the size of my face will always win in my book.

Admit it: You kind of love the movies better for these reasons too... maybe.

More like this
Harry Styles Is Set To Rival Tom Hardy With His Own CBeebies Bedtime Story
By El Hunt
Sadly, 'Fantastic Beasts: The Secrets Of Dumbledore' Isn’t Streaming — Yet
By Arya Roshanian
Fans Of 'Anne With An E' Will Recognise 'Stranger Things’ Vickie Immediately
By Rachel Mantock
'Bridgerton' Star Nicola Coughlan Confirms Season 3 Will Focus On Colin & Penelope
By Grace Wehniainen and Alyssa Lapid
Get Even More From Bustle — Sign Up For The Newsletter