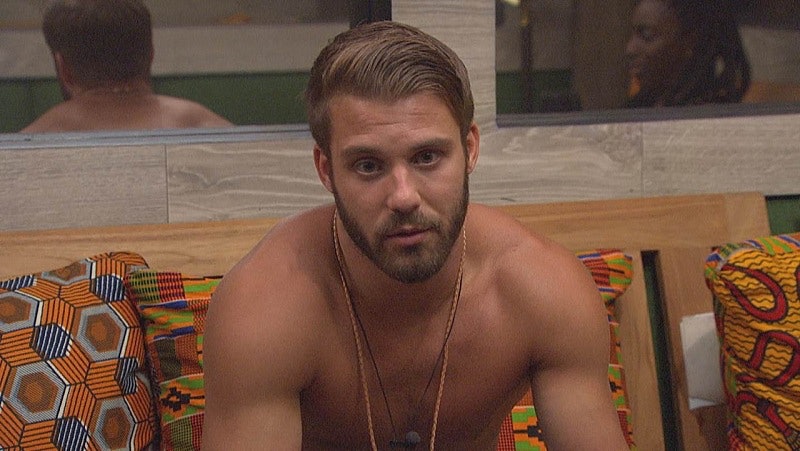 Now that Big Brother has entered the jury phase of the summer, the most game-smart houseguests are starting to make their power apparent, and no player has proved themselves to be designed for the game of Big Brother quite like Paulie Calafiore. He made a big impression at the beginning of the season by advertising his relation to BB16 runner-up Cody, but quickly came into his own, which is especially apparent with a recent major game move. Paulie didn't use the Power of Veto on Big Brother this week to remove either Michelle or Zakiyah from the house and it's the latest in a long line of decisions that could easily lead to him winning this season.

Paulie's rise to becoming the most powerful person in the house happened gradually, but his biggest move so far was working with Victor in getting his former showmance partner, Zakiyah, nominated for eviction. As if that wasn't enough, Paulie's PoV win provided an opportunity to save her and repair the burned bridge but instead of using it, Paulie made the ultimate power move by not using his power. In a season dominated by showmances and duos, separating himself from his showmance for his game is a clear indicator that Paulie is, in fact, "bred for this," as he often says, and willing to do anything for his game. He is the clear frontrunner of BB18 so far, and his train to success shows no signs of stopping. Here are all of the reasons why Paulie could reach the very end on Big Brother.

His Social Game Is Perfect

Paulie is an extremely likable guy, which plays a huge role in his Big Brother strategy. He easily managed to be everyone's friend in the house as long as their last name wasn't Rousso. His likability also helps him have a hand in important decisions in the house even when he isn't Head of Household, going so far as to influence HoH nominations. It also places him in a position where he isn't afraid to allow himself to serve as a pawn, knowing that the house has his back.

So far, Paulie has won two Head of Household and two Power of Veto competitions, the only repeat winner of either at this point in the summer. Paulie's prowess in competitions will come in handy if anyone in the house begins to try and turn others against him, as he'll be able to defend himself by being given the safety from eviction that Head of Household and the Power of Veto provides.

No One Is Going After Him

The only people in the house who currently want to see Paulie out are Zakiyah and Michelle, and they are both on the block. Everyone else in the house thinks that Paulie is on their side, placing him in a fantastic position with the houseguests who will be voting for a winner at the end of the season. Despite the fact that Paulie is arguably playing the best game in the house, the houseguests instead turned their focus to evicting Frank, Da'Vonne, and now either Zakiyah or Michelle. The fact that many houseguests until recently thought that Bridgette was a bigger threat to their game than Paulie speaks volumes about just how safe he currently is in the house.

Although family ties him to Cody, the BB16 houseguest that Paulie may resemble more at this point is its winner, Derrick Levasseur. Derrick won the season by winning some key competitions, influencing important decisions, and getting everyone in the house to think that he was on their side. No moment from BB16 is more telling than when Cody, having won the final HoH, had to choose between taking his ride-or-die partner Derrick to the end, or Victoria, who he almost certainly would've won against. Cody chose Derrick because he had worked with him the whole game and established a partnership that Cody believed was stronger than money. If Paulie can manage to form that partnership with the remaining BB18 houseguests, it's hard to believe anyone else could walk away from Big Brother this season as a winner.