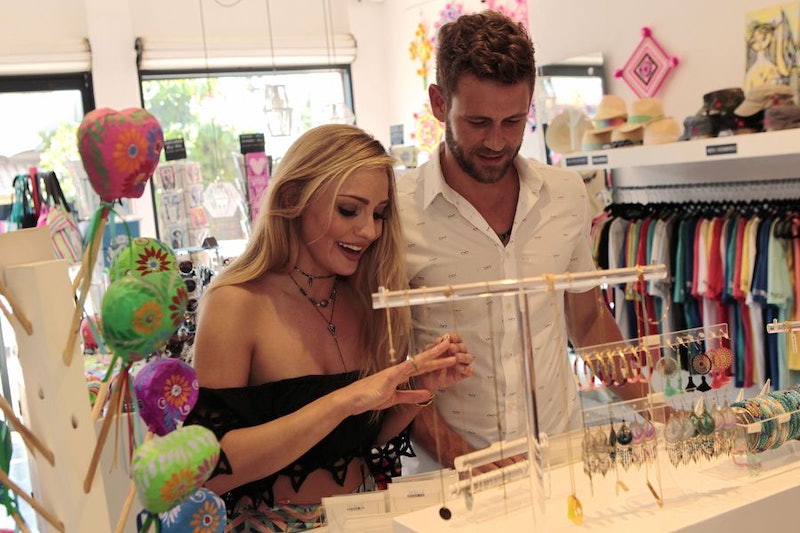 Well, she joked that they both like protein a lot, but I think it also had to do with her being misunderstood on her season of The Bachelor and his being the villain on his season of The Bachelorette. Leah, as a last-ditch effort to get Ben Higgins to notice her said that Lauren Bushnell, who he would go onto marry, was acting one way with the women and one way with him. Then, when Ben talked to Lauren about it and Lauren came back and asked who threw her under the bus, Leah totally lied about doing it. Ben booted her like 40 seconds later. Chad, well… Chad made a big stink of being the big man on campus on JoJo’s season, he fought with everyone in the house, and he got kicked out by JoJo pretty early. But I think Leah felt a kindred spirit in Chad. He’s handsome and successful, sure, but he is also playing all of us. Chad knows exactly what he’s doing, and he may be the villain now, but he’s laughing all the way to Bachelor infamy.

Both Leah and Chad are examples of how being on a reality television show can shape a person's actions, and Leah probably saw a little bit of herself in Chad and wanted to get to know him better. Unfortunately for Leah, she showed up a little too late. But, considering how he treated Lace, maybe she's better off without him.