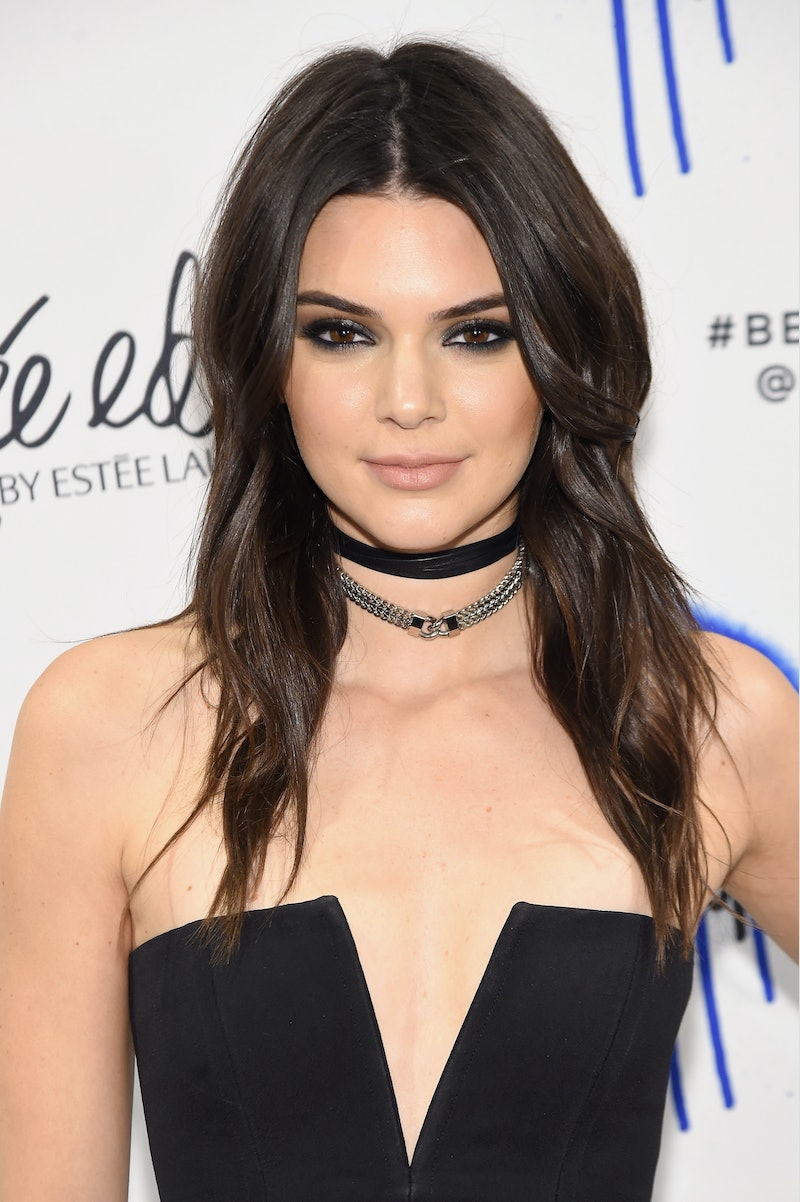 If you haven't heard the rumors, let me be the first to catch you up on all the juicy details. For some time now, Kendall Jenner and A$AP Rocky have been linked romantically. As it goes with most rumored celebrity relationships, it's unclear if the two are just friends, in a serious relationship, or just casually dating. Well, if you ask Us Weekly, as of Wednesday Jenner and A$AP Rocky are "full-on dating." A source who dished about the reality star and rapper's supposed romance said, "It’s the real deal." Neither of them have commented or denied any rumors, but whether they are together or only friends, let's talk about how Kendall Jenner and A$AP Rocky met.

The Keeping Up With the Kardashians star and A$AP Rocky's alleged relationship started off like many do — they were friends first. As Hollywood Life said about the two in July, Jenner and Rocky "have been pals for a long time now." Jenner and the 27-year-old rapper were first spotted in February at the 20-year-old model's launch event for her PacSun clothing line. If this is the first time they met remains fuzzy, but since this moment in February, they've been pretty much attached at the hip. And based on several descriptions similar to Hollywood Life's about their connection, it seems like they've been friends for awhile.

Actually, the following just might prove how tight they are. You know they're good friends considering A$AP Rocky attended Kanye West's February fashion show for Yeezy Season 3. Plus, he took a picture with several members of the Kardashian/Jenner family, which speaks to the friendship he has with Jenner:

Speaking of West, he actually may be behind the meeting of his sister-in-law and his fellow rapper. Since West and A$AP Rocky are both in the music business, they've crossed paths a few times. They've even collaborated on a few tracks, including A$AP Rocky's "Jukebox Joints" and Pusha T's "M.P.A." Seeing as both of these songs were released in 2015 (before the dating rumors), there is a very good chance West introduced the rapper to Jenner, which then gave them a chance to become close friends.

The truth behind how they met probably won't ever be revealed, because Jenner isn't one to talk about her personal life. As she told Entertainment Tonight in September 2015, "It's not always easy, but I don't know, I just like to keep my private life private." She added, "I try my best, but at the same time, I try not to let being out with someone affect my everyday life. Like, if I want to go out and grab a smoothie with a friend who's a male, I'm not gonna let the paparazzi stop me from doing that and living my life and just being a normal person."

I think it's safe to say that she's doing just that with A$AP Rocky. I can't help but think if anything serious does come out of this, Jenner just might possibly owe her brother-in-law a huge thank you present. Do you think West needs another gold-plated toilet?