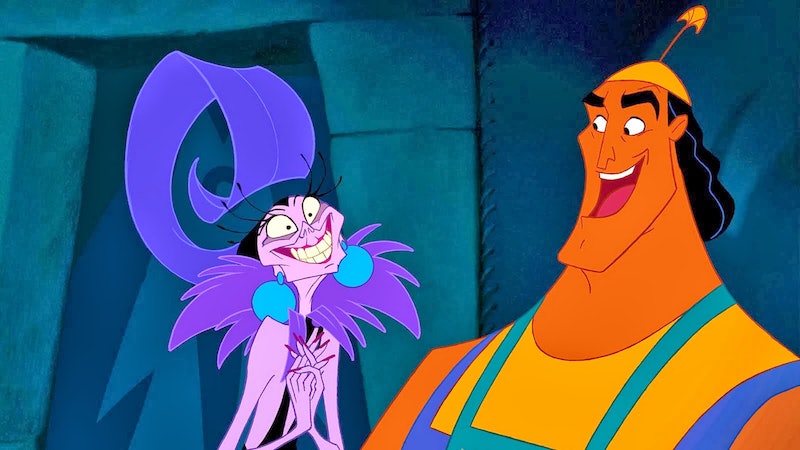 Hey you crazy, Ubering millennials, put down your Snapchat stories and your pizza and listen up for a minute. Millennials (aka Generation Y or sometimes Gen Y because we like to use abbrevs.) are the generation between X and Z and typically reached young adulthood or pre-young adulthood by the time the year 2000 hit. As in such, they grew up watching movies mostly from the great decade that we all now refer to as the "Golden Age of Life." (By we, I mean me. I refer to it as the "Golden Age of Life." You were there, you know why.) Anyway, as fate would have it, by the time you reach full on adulthood — yawn! — it's probably true that some of your favorite "'90s movies" and "'90s memorabilia" actually came out in the early '00s and that you are just not remembering the facts. Below I address this problem with '00s movies millennials think came out in the '90s — but did not.

The reason you probably mis-attribute incredible '00s films as '90s films is because the '90s were so incredible themselves it blows your mind that anything incredible could have not been spawned from that decade (see: you). I'm sure there's a basic psychological principle that could explain this phenomenon better than me, and if there's not, there should be, so someone should get on that.

Alright, let's get into it.

My Dog Skip was a dramedy starring Frankie Muniz and his dog. Also, Kevin Bacon was there for some reason. It was a sweet, little sentimental film, and even though the plot feels very '90s (any plot with a dog as one of the stars feels very '90s), it was released in 2000.

Another film that was released at the turn of the century. It was one of the last standing Disney feature animated films to come out of your childhood. The story follows Kuzco — a complete and utter narcissist — and his quest to find his "new groove," aka, be nicer.

There were a gajillion superb Disney Channel Original Movies that premiered in the late '90s (Brink, Zenon, Smart House, just to name a few). In fact, so much of the highest regarded DCOMs came out in either '98 or '99 which is why it's hard to remember that Quints — the story about a girl who gets five younger siblings — came out in 2000.

Bring It On was a favorite in any reputable slumber party movie lineup, but none of us watched the Kirsten Dunst-led film about cheating cheerleaders in the '90s... because it wasn't out yet.

Though stars Kate Hudson and Patrick Fugit look super young Cameron Crowe's musical masterpiece (they were 18 and 20, respectively), the film didn't reach audiences until the year 2000.

As a parody to all the horror films that came out in the '90s, it's understandable if you misremember Scary Movie's premiere date.

Leonardo DiCaprio's career catapulted in the '90s. He was the embodiment of the '90s teen heartthrob, so It's easy to assume that one of his earlier movies — The Beach — was around during this decade.

Drew Barrymore, Cameron Diaz, and Lucy Lui starred as the Angels. All three of these actresses reigned supreme in the '90s. Though Drew Barrymore and Cameron Diaz were in too many '90s rom-coms to even count or try remember, Charlie's Angels didn't debut until 2000.

This film, based on the true story of Erin Brokovich and her fight against PG&E was a huge hit in the year 2000, even though the case it's about actually took place in the '90s.

As you probably associate cartoons with the '90s and Disney Pixar films with the '00s, it's easy qualify films like Atlantis: The Lost Emperor as a '90s films. If you did that though, you would be wrong because Atlantis debuted in 2001.

Like Quints, Motocrossed rests in that Disney Channel Original Movie canon of classics. But also like Quints, the story about a girl who wants to become a motocross star premiered in the early aughts.

Even though you envied the lives of these two secret agent children and totally related to their surprisingly relatable struggles (not the ones about saving the world), you didn't watch their escapades until a full year after Y2K.

Scarlet Johansson looks so young in 2001's Ghost World, it's hard to believe this one wasn't released in the '90s, right?.

Because The Powerpuff Girls the TV series began on Cartoon Network in the '90s, you might have remembered the movie version to have also been released in that decade, but nope. The movie came out four years after the series did.

In the '90s there were no two bigger names than Sarah Michelle Gellar and Freddie Prinze Jr. But, their fame extended beyond the decade as the pair starred in the 2002 adaption of Scooby-Doo.

Yes, this is the second Frankie Muniz film on this list, and no, you shouldn't be surprised. In this one, Frankie teams up with '90s Nickelodeon prodigy Amanda Bynes to defeat a villainous Hollywood producer played by Paul Giamatti.

This Disney animated feature film always reminds me of the '90s. Maybe it's the family-centric storyline? Maybe it's the quotable-ness of it? I'll likely never know.

Spongebob Squarepants the TV series started in 1999, but it wasn't until five years later that the first Spongebob movie hit theaters. I know, right? While you were busy growing up, time flew right by.

OK, you may now return to whatever millennial thing you are doing now, but just remember: Next time you think about your favorite '90s movies, make sure you've got the dates right.