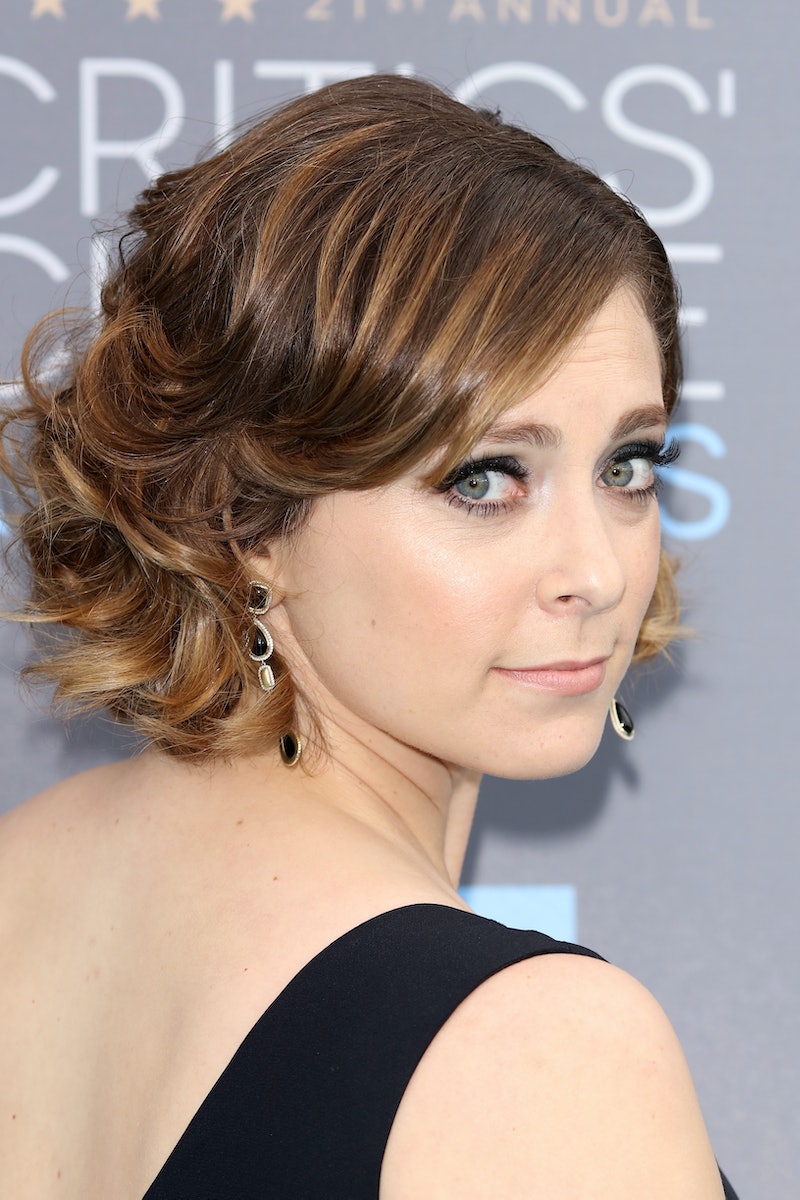 As every fan of the superb Crazy Ex-Girlfriend can confirm, Rachel Bloom is a damned comedic goddess . She's totally real, forthright, and unafraid to dig way down into uncomfortable, awkward territory in order to pull out some true comedy gems. As if we needed any further evidence of her true hero status, on Wednesday Bloom posted an Instagram calling out Hollywood sexism — and, guys, prepare yourselves, because it's total magic. In a response piece to the grossly sexist casting calls for actresses that happen on an all too regular basis, Bloom wrote her own version based on the male characters from Crazy Ex-Girlfriend.

Describing the three male leads from the show through the skewed lens of the male gaze, Josh Chan, Greg Serrano, and Darryl Whitefeather are reduced to bewildering caricatures, defined mostly by their overall hotness. For Josh Chan, for instance, we're meant to "think Tom Cruise, Taye Diggs, Hercules from the Disney animated movie, and the painting ‘Water Lilies’ by Claude Monet." Greg Serrano, on the other hand, "has a smoldering gaze that can instantly make any pair of panties disintegrate." And oh my god, my sides are seriously splitting I'm laughing so hard right now.

It's a perfect reversal of sexism that lays bare the frankly ludicrous, superficial expectations created for actresses in many casting calls — casting calls that are sadly considered as being standard within the industry.

Following this utterly triumphant post, Bloom then went on to share her inspiration for it. A second Instagram revealed casting notices from the agency, Backstage, which collects these listings and from which Bloom still receives email notifications. The descriptions of female characters that listed required actresses for included such in depth casting descriptions as "a conservative country girl in a very pretty dress who flirts up a storm" and "a party girl who hooks up with the lead." Those are precisely the sort of roles that I'm sure every actress simply dreams of having her talents challenged by.

In an era where gender-flipped, all-female reboots of existing franchises appear to be Hollywood's way of making the film industry more inclusive to women — by giving them existing projects made favorable by men) — Bloom's gender-flipping of such casting notices makes a powerful statement. Not only does the gender reversal work in highlighting how monumentally stupid and shallow such sexist examples of casting calls are, but it also highlights how woefully and superficially underwritten many female roles continue to be.

Thankfully, Bloom isn't just a smart, hilarious woman; she's also a powerful one. Crazy Ex-Girlfriend wasn't just created by her. She's also one of it's primary producers, stars, writers, and musical composers for the show. When a satire savvy talent like Bloom takes swipe at such systemic sexism within the TV and film industry, she can take aim fearlessly and confidently. After all, she's pretty much leading her own empire with that show, and, in doing so (and doing it well), she's also actively disproving the archaic paradigms of what should only be expected from actresses.

Imagine a world where a supreme talent like Bloom was never given the opportunity to create everything that she has done with Crazy Ex-Girlfriend, and was instead repeatedly reduced to playing "pretty girl at bar" or "pretty girl giggling at male lead's funny jokes" over and over again. That would make for a grave absence in contemporary television. The sad fact is that there are no doubt countless women just as talented as Bloom who are having their talent stripped down to the most base, superficial level in order to play such underwritten roles. And that needs to change, like, now.

Bloom may have reached a level in her career where she no longer requires having to stomach such casting notices for work, but she should be applauded for using her influence to continue speaking out against them. The TV and film industry still has a long way to go in reaching anything close to gender equality, positive diversity, and inclusive stories, so it feels more vital than ever for those within the industry to be unafraid to speak out against such practices.

For now, though, I'm going to busy myself by writing my very own casting notice for the role of "personal hero," which requires "a fierce, intelligent and witty woman capable of fighting complete morons, totally effortlessly." I think Bloom might just be perfect for it. Have your people call my people, lady.