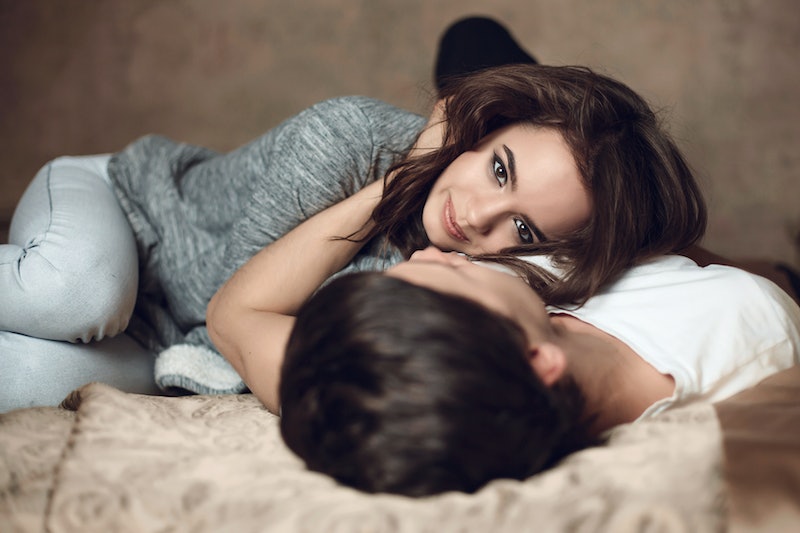 I used to be really, really into “sex numbers” — my own, my friends’, my partners’. I think my interest in “the number” was based on a few things: a political belief that women should be open and proud of our sex lives, nosiness, and a hearty dose of competitiveness. And while I still whole-heartedly believe that one of the most radical things you can do as a woman is be outspoken about your sex and sexuality (and I’m for sure still hella nosy), I don’t think anyone should ever feel they have to reveal their sex number. In fact, I’m starting to believe that it might be better to completely forget about your — or anyone else’s — number.

Part of this shift is definitely directly related to getting older. When we’re first sexually active — say the first decade of doing it — everything is still new and crazy and extra exciting. Wracking up numbers and the sexual history of your partners feels like essential information partly because you’re just not that acclimated to it yet. That’s not to say that sex gets less exciting as you get older, but more that all of the cultural baggage and stuff around it stops seeming as important.

So I’m just going to say it: Your number doesn’t matter, to you or to anyone. Hold onto the memories you have and ditch that numeral. And, in the meantime, if anyone asks here are seven reasons you never have to reveal your number.

1. It’s No One’s Business — Not Even Your Partner

Nope, no one’s business at all. Your sex number is your personal history and not even the love of your life has a “right” to know. You can share it if you like, of course, but don’t ever feel like you have to.

Basically so many people lie about their sex number, either pumping it up to more or slimming it down to less. We each have some weird idea of what’s “acceptable” and try to conform to that by fudging the number of partners we’ve had. So why not skip the whole untruth part of things and change the subject when asked?

4. We Live In A Slut-Shaming Society

Slut-shaming is real, y’all. We’re taught from a young age that women who have sex are somehow less than those who don’t; that we should “save” ourselves for marriage; that virginity is, first of all, a real thing — and that it’s something valuable that we “lose.” As a result, anyone who steps outside the bounds of strictly controlled female sexuality (so like, most everyone) is a prime target for slut-shaming. And who has time for that kind of bullsh*t?

According to one study published in The Journal of Sex Research earlier this year, virgins are considered the least desirable sex partners, even to other virgins. So, basically, you’re screwed if you screwed “too much” — and screwed if you haven’t screwed at all. Because of this, sharing your number can also be damaging if it’s on the zero-to-very-low scale.

According to numbers released by OkCupid that compared responses from their almost one million users from 2005, 2010, and 2015, the number of people who care about sex numbers is dropping rapidly. In 2005, 70 percent of of respondents said there was "such thing as having too many sex partners.” However, 10 years later, in 2015, only 52 percent said the same. While that’s still too high in my book, an 18 percent drop in a decade is nothing to scoff at. Let’s hope that drop is even higher in 2025.

No matter what your number is, chances are it isn’t the “right” number. Maybe it’s “too many,” maybe it’s “too few,” but the most f’ed up thing about sex numbers is that any moral judgement about them is completely subjective. I could think that 25 partners is totally legit for someone in their thirties, but that same number could make one of my friends straight up freak out. There’s absolutely no way to objectively judge sex numbers, so I’m going to say it again: Forget about it. Who cares?

More like this
The Best Time To Date After A Breakup, According To Experts
By Bustle Editors
7 Women Share Their Best Orgasm Stories
By Lexi Inks
Are Virgo & Capricorn Compatible In A Relationship?
By Kristine Fellizar
Expert Tips For Being On Top When You're Plus-Size
By Lexi Inks
Get Even More From Bustle — Sign Up For The Newsletter