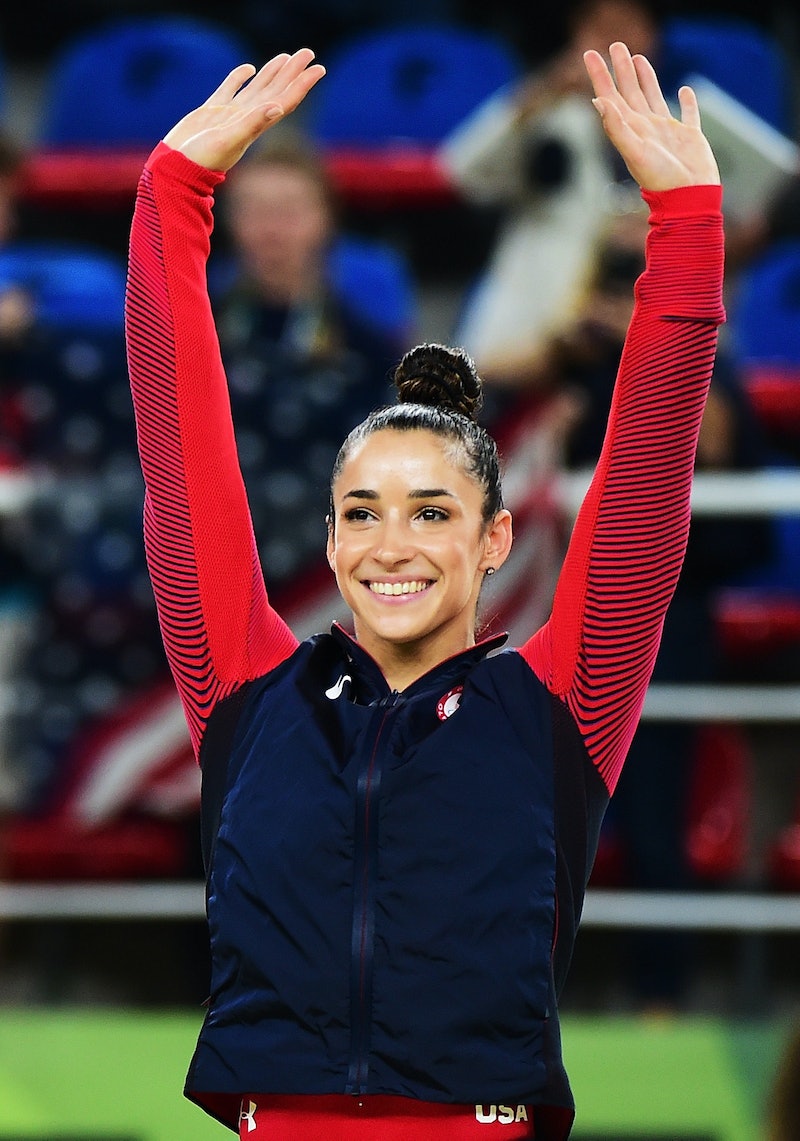 The 2016 Rio Olympians are famous, but as the events continue to air, their families are quickly gaining notoriety, as well. For example, there's gymnast Aly Raisman's parents, who made headlines for their reactions when watching their daughter compete. Basically, they are everyone who can't contain their anxiousness and nerves. The 22-year-old athlete's parents clearly love and support her Olympic goals, but you know who else does? Raisman's siblings, who are just as big of a support system as her parents are.

The gold medalist has three younger siblings, including two sisters, Chloe and Madison, and one brother, Brett. Even though they are younger, that doesn't mean they haven't made sacrifices for Raisman's career. As the gymnast told Us Weekly in June about filming Lifetime's Gold Medal Families, "I wanted to do the show to show everyone how amazing and supportive my family is and how it takes a village for me to get to where I am." She continued, "Before I got my license, for example, my sisters always had to drive in the car with me when my mom took me to practice. They were too young to stay home alone, so they had to sit in the car for 30 minutes each way."

Raisman recognizes what her sisters and brothers had to give up for her. She also realizes that she holds most of the spotlight, but she wants her family to also shine. Actually, that's one of the reasons she did the reality series with Lifetime. "What I love about the show is that it's not about me — it's completely about the family," she told Us. Based on the following photo, they are also her good luck charm, so why wouldn't she want them around?

As for her siblings, they're just as ambitious as Raisman. Chloe is a talented equestrian, Brett is pursuing a business career at Olin Business School at Washington University in St. Louis, and Madison also has a passion for horses. This is family filled with goal-oriented people, so I can only imagine that Raisman's siblings will be just as successful as she is.

I guess you could say that she is setting a great example as a big sister. I mean, just look at these photos of them. She and Chloe love to have "Sister Skincare Sunday," which is adorable:

Madison and Chloe are always there to support their big sister. Plus, they also get how entertaining their parents are to watch:

Here they are all showing support to their big sister before she begins training. They really are a tight-knit group.

Raisman and her siblings should probably be called the Fierce Four.