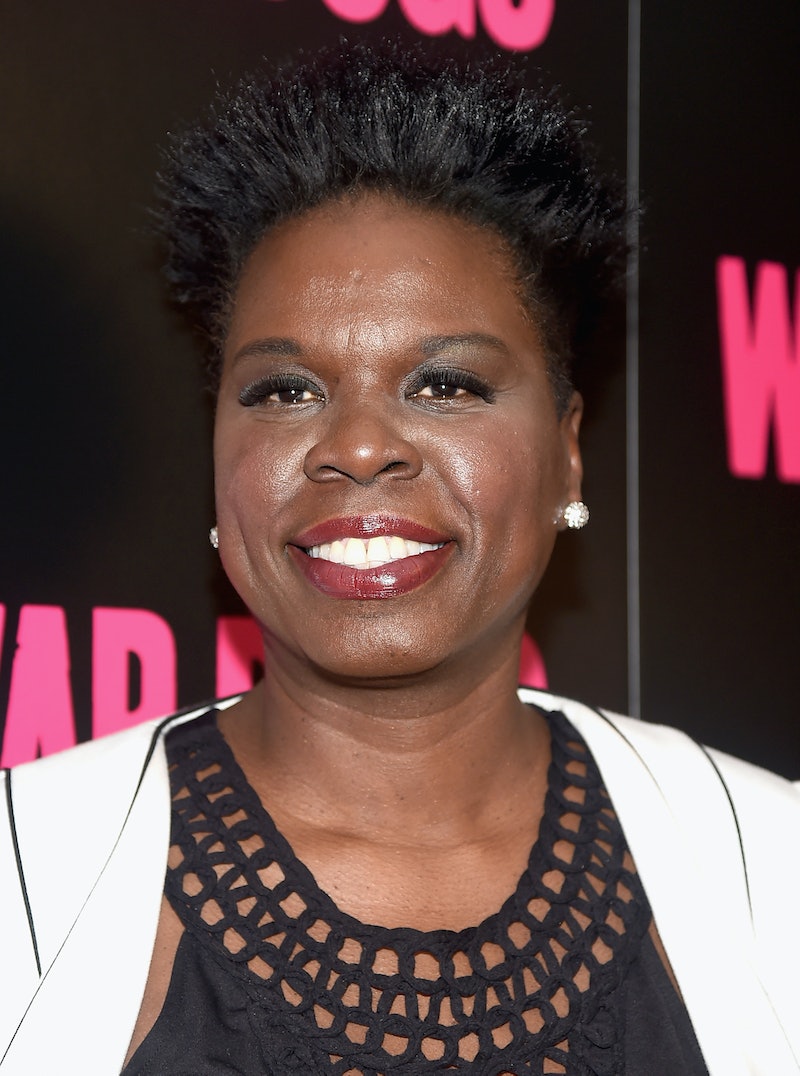 Dare I say that the best part of the Rio Olympics is Leslie Jones? Jones has been a consistently amusing and eager fan of Team USA since the Opening Ceremony, eventually earning a pass to Rio to provide coverage in person. Now, every time she documents an event or meets an athlete, it's like she is channeling all of us who would love to be able to meet those Olympic athletes, too. Case-in-point: When Jones met Olympic beach volleyballer Kerri Walsh Jennings. This is Jennings' fourth Summer Olympics, but it might be one of her most memorable if her meeting with Jones can serve as a testament.

Even better, apparently this meeting happened because Jones has been a huge fan of Jennings even before heading to Rio. Before she headed over for the games, she was regularly uploading videos in whic she watched and cheered Walsh on. When Walsh caught wind of Jones' supportive tweetstorm, she began tweeting back in gratitude and encouraging a meeting with Jones when she finally landed in Rio. Naturally, Jones was incredibly stoked to meet up.

Being able to bask in the Jones/Walsh love-fest is nothing compared to watching it unfold in real time. It wasn't until the end of the first week of the Summer Olympics that Jones actually met Walsh, late on August 12. Captured on Jones' Snapchat, Walsh had just finished competing when Jones seized her moment. As Walsh was walking out of the arena, Jones was there to meet her. Jones could barely contain her excitement as she expressed her admiration for Walsh.

The best moment of this historic meeting was still to come. After the pep talk, Jones became every American in the world when Walsh bestowed her Olympic pin to Jones. As Walsh pinned Jones' Olympic lanyard, Jones freaked the eff out, and hearts around the world soared with happiness. Check out the moment for yourself:

Watching these two women come together and share in their admiration and adoration of one another embodies the Olympic spirit entirely. Jones is a conduit for all of us who support Team USA. Her pure, unadulterated glee in meeting Walsh is simply another in the epic highlight reel of her support and time in Rio. #SlayAllDay, Leslie Jones!