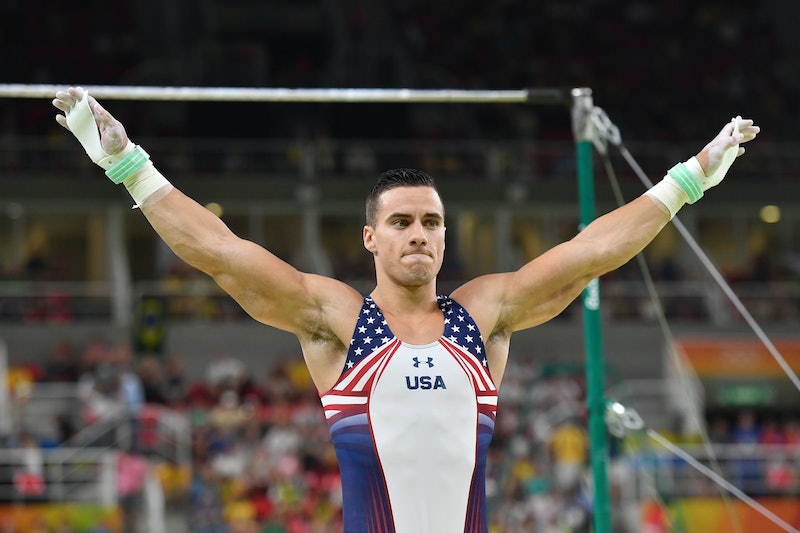 Bless you, 2016 Summer Olympics. Bless you so hard. Thanks to you, we — the global community — have been gifted with two weeks worth of a global hottie parade and I think we can all agree that there is nothing better than locking in on an Olympic heartthrob. Ryan Lochte? A natural choice to swipe right on. Simone Biles? In a heartbeat (unless Zac Efron has beaten you to the punch). Shakur Stevenson? There's hope for you yet. But alas, for every beautiful single Olympian, there is bound to be a beautiful-but-taken Olympian in their midst. Like — is Jake Dalton married? Sadly, this is indeed the case with the very talented,very handsome, and very married Olympic gymnast Dalton. I know this is sad news, considering this is his second time at the Olympics (previously seen at the 2012 London Summer Olympics) and he'll surely be turning heads once again when he competes for the gold beginning on August 14.

Dalton has been married only a short time to his wife, Kayla Dalton: The two met through a shared love of gymnastics during college and have been inseparable ever since. In an interview with NBC, Dalton stated that "[...][W]e have been married a little over a year now. She was a gymnast at Oklahoma during the same years I was there. Her career came to an end during her senior year when she broke her back and had to have surgery." Mrs. Dalton is currently thriving in a new career path but has taken time away from her job to support her hubby in Rio. Both halves of the Dalton duo have been documenting their time together in Rio through their respective Instagrams and it is too cute:

As for whether Jake and Kayla Dalton will be welcome any tiny Daltons into the world the near future, he had some insight on that, too. "For me, training is my number one priority… this is my focus and that's how I'd like it to be. But [kids] in the future, definitely! Just not right now." Why rush? Dalton is not only young and in love, he's also at the top of his game. For now, he just has his wife, whom he quotes as being one of his biggest supporters. "You have your sacrifices for your ultimate goal. I tell my wife that all the time. There's certain things where she misses out — we can't go to dinner all the time and I'm… traveling, competing… She has to put up with me!"

I won't lie: the Daltons might be the cutest Olympic couple at Rio right now. With his wife at his side, all Dalton should be focusing on is securing that big, shiny gold medal — and maybe a victory kiss from his biggest supporter.