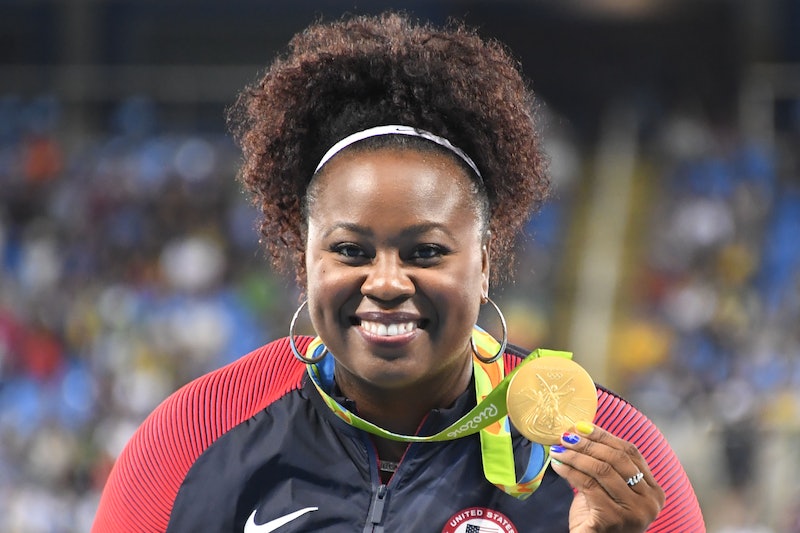 Some enterprising athletes can leverage the Olympics into a series of sponsorships — or if you're Simone Biles, the cereal boxes and cash prizes leap into your waiting, superhuman arms — but most Olympic athletes have day jobs outside of their sport. After all, the International Olympic Committee (IOC) doesn't pay athletes to compete in the games, and although some countries pick up the slack for the those who come home with medals, the United States doesn't provide federal funding for the Olympics. That's left up to national sports organizations, and stipends rarely cover the astronomical cost of training, fees, and equipment.

Unfortunately, Olympians have to pay the rent just like the rest of us; the only difference is that they're forced to work around the absurd demands of training at the elite level, which doesn't lend itself well to the typical 9-to-5 schedule. As a result, many athletes have come up with creative ways of achieving their Olympic dreams without going broke — they receive funding from local businesses, compete for corporate grants, and as you'll see below, hold down the kind of part-time work that wouldn't be out of place in your social circle. A former Olympian even started a job-seeking site for ex-athletes who may not have the kind of work history their less athletic peers have built up over time.

In short, the sports world isn't always as lucrative as it's said to be. Here are nine Olympic athletes whose day jobs might surprise you.

Considering Muhammad made history this year as the first American woman to win a medal while competing in a hijab — she and the U.S. fencing team won bronze yesterday — her day job may not be necessary for much longer. In addition to endorsements from Visa and Dick's Sporting Goods, Muhammad owns her own clothing line, Louella.

According to Team USA's website, Graves quit her job as a hairstylist to compete in equestrian. It appears to have worked out well so far — on Friday, she and her horse, Diddy, won bronze for the United States.

Race-walker and Army sergeant Nunn will compete at Rio next Friday. Back home, he runs a gourmet cookie business, Ella's Cookies, with his daughter. (Cue the "awww.")

When he's not placing on Rio's Olympic podium for boxing, Hernandez works with his father as a lube tech in Wichita, Kansas.

Nee, who is currently competing in kayaking for the United States, used to work as an emergency medical technician in Maryland; she now works as an adventure kayaking instructor.

Jorgensen had never taken part in a triathlon before being approached by USA Triathlon about trying out the sport. At the time, she was an accountant at Ernst & Young, but now, she is one of the most famous triathletes in the world.

Bowker made his Olympic debut as part of this year's Australian kayaking team, but he's also a self-employed electrician.

There's a reason Carter is nicknamed the Shot Diva: She's a certified professional makeup artist who recently became the first woman to win gold for the United States in shot put.