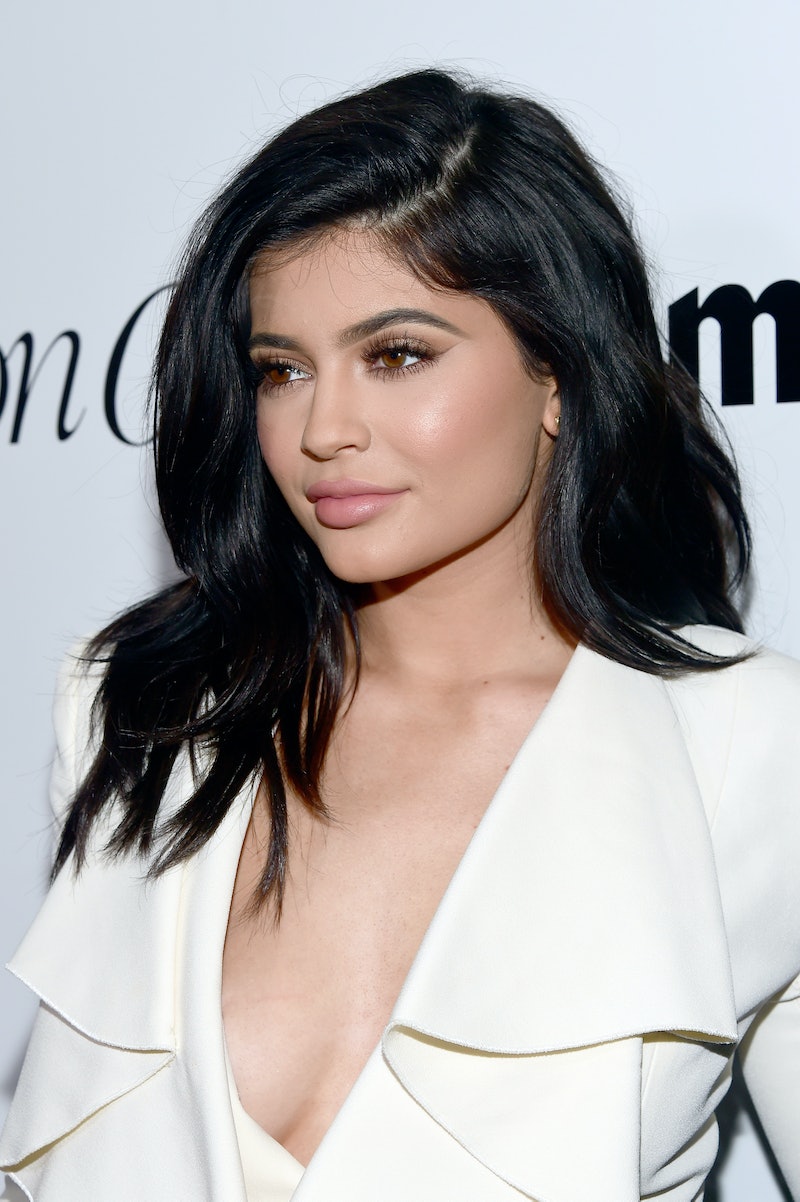 When it comes to cake, usually most people opt for vanilla or chocolate in the shape of a circle or rectangle. It may sound a bit boring, but those are classic designs and flavors. Until now, that is. Leave it to Kylie Jenner to totally change the birthday cake game. As seen in a recent Snapchat video, Jenner had a Top Ramen shaped cake. Yes, you read that correctly — it was designed to look like a packet of those beloved instant noodles. Granted, the cake probably didn't taste like the chicken flavored meal, but still, it's pretty epic. What better way to ring in her 19th year?

Like most millennials, Jenner is a big fan of snacking on the noodles. She made her obsession known when she recently revealed her go-to Ramen recipe on Snapchat, to which the Internet exploded with feedback. The fuss began when she admitted to putting butter, garlic powder, and egg in her noodles. BuzzFeed even wrote an investigative piece titled "We Need To Talk About Kylie Jenner's Ramen" (worth a read, BTW).

Whether you agree with her add-in choices, it's impossible to deny that a Ramen shaped cake would be delicious. Plus, it looks just like the actual noodle package. Props to whoever designed the dessert masterpiece. Jenner dubs it "the coolest thing I've ever seen" in the video below, but also admits she doesn't know who made it. Hopefully she's figured that out by now, so she could say thank you.

Speaking of birthday surprises, Jenner posted Snapchats of several other gifts she received. One that stands out is a card from her brother Rob Kardashian and his fiancé Blac Chyna. You have to pause the video to read the message, but basically, the gist is that they're super excited for her birthday.

This is noteworthy because it shows that things are all good for ChyRo. Considering the couple hasn't been spotted together lately and there have been rumors of difficulty filming their reality show, people may have been concerned that their relationship was on the rocks. (I know I was a bit nervous.) But the fact that they're sending joint birthday cards suggests otherwise — thank goodness.

Overall, it's sweet that so many people sent thoughtful gifts and cards for Jenner's birthday. And if she finds out who made that cake, hopefully she passes along the deets. I need a Ramen cake in my life, stat.