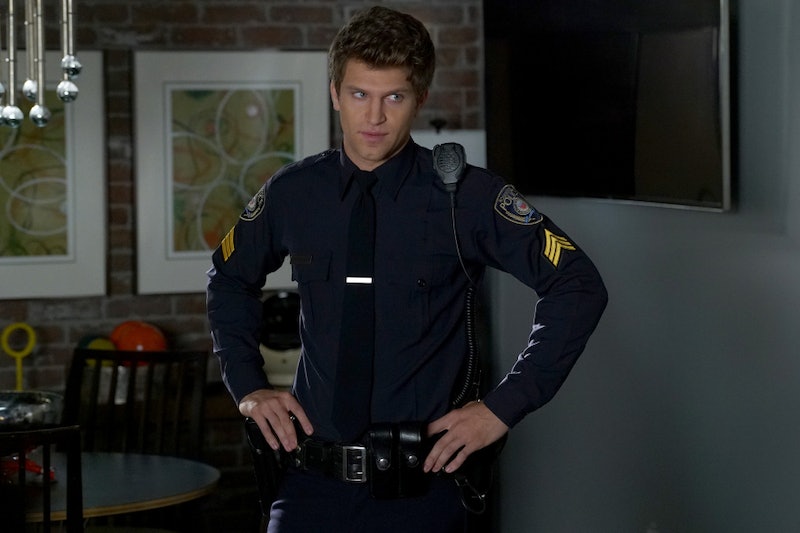 No disrespect to Yvonne, but I kind of forgot she existed until Toby decided to leave Rosewood on Pretty Little Liars after she was attacked, presumably by one of the A team's many members. The news couldn't have come at a worse time for Spencer, who is clearly still hurting after her recent breakup with Caleb. And, because seeing her first love leave town wasn't hard enough, Toby told Spencer that he initially built the house for her — not Yvonne. Although I'm pretty ambivalent when it comes to Spoby, this marks the departure of a major character — so will Toby return to Pretty Little Liars?

I really don't think we've seen the last of Toby. Although I understand why he wants to get Yvonne out of Rosewood STAT, he knows that all the Liars are in danger and I doubt he'll just fall off the map. His position with the Rosewood PD allows him access to information that can help the Liars, and it would be uncharacteristic for him to abandon them. And, although his statement to Spencer about building the house for her may have been purely sentimental, it's also possible that he was hinting at something deeper — could Toby have hidden something in the house that he wants her to find? He may have intel about A.D. and he wants Spencer to discover it after Yvonne is safely in Maine.

Although I'm fairly confident that Toby will be back, that doesn't mean he'll have a happy ending. We know there will be a major character death in the Season 7A finale — and all we have to go on is Freeform's brief synopsis:

I doubt any of the Liars themselves will be killed off — and I'd honestly be shocked if Noel, Jenna, or Mary die before Season 7B. So, there's a strong possibility that someone who is helping the Liars will be killed. Although Caleb has always been their ally, his main skill is his technology chops. The synopsis implies that this "chaotic fight" will be physical in nature, which means that Officer Cavanaugh would likely be the first person to intervene in the showdown — and it could cost him his life.

I think it's safe to assume that Toby will be back sooner rather than later — but I'm worried that a grim fate awaits him in Rosewood.