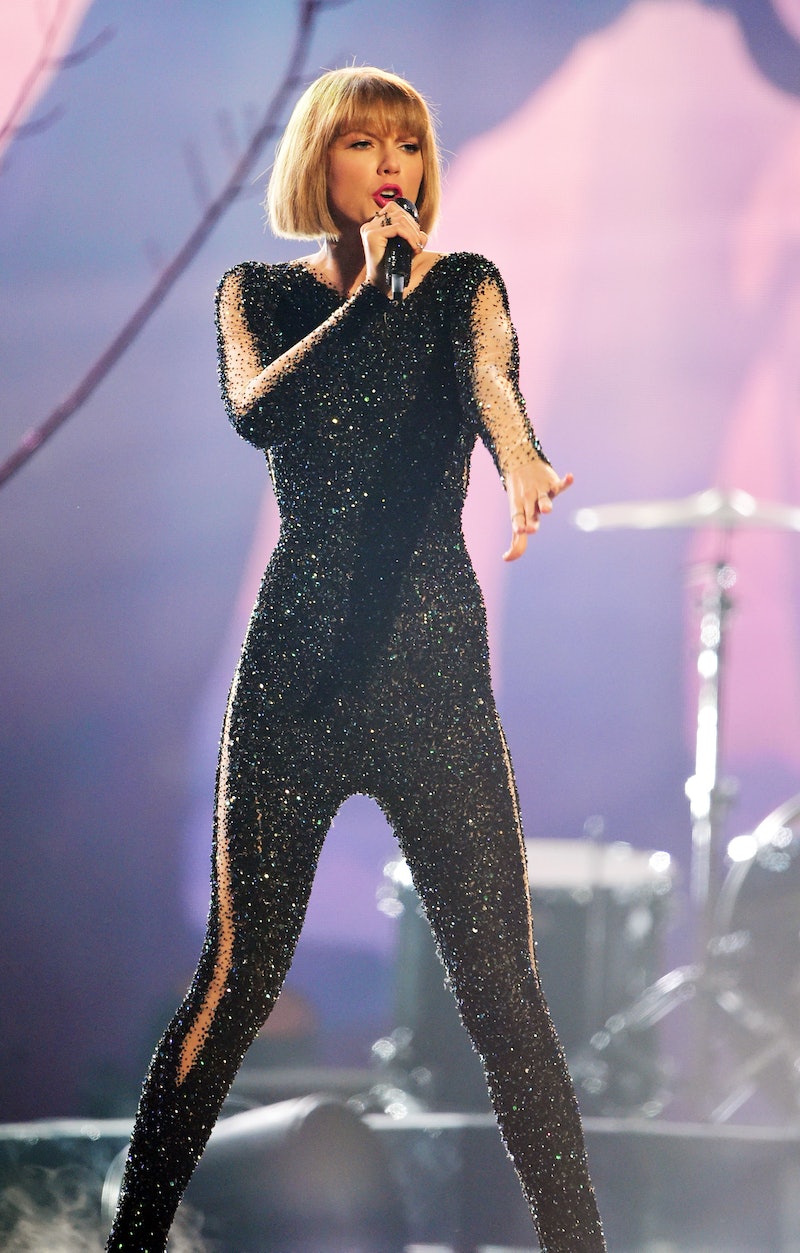 If you're into pop culture and have a functioning pulse, you're probably asking yourself right now: why isn't Taylor Swift at the VMAs? Given that Swift is one of the major hitmakers of contemporary American pop music, it seems counterintuitive that she would be a no-show at the Video Music Awards. Heck, especially since Swift is so good at extravagant, headline-dominating music videos! But, stop and think a sec. — maybe that actually has a little something to do with it.

When MTV announced their nominees on Tuesday July 26, one key name was missing from the list: Taylor Swift's. But don't worry. This isn't actually isn't a slight against Swift or her music, to be clear: to be considered for a 2016 VMA, all videos need to be released by December 31, 2015. Swift released 1989 in 2014 and it cleared up at the 2015 VMAs (10 nominations, four wins). But yes. They still could have recognized Swift for her "Out Of The Woods" video, which was released in December last year, but sadly it wasn't nominated.

Honestly, after the year full of controversy Swift has had, it would be perfectly natural for her to relish some much-needed time out of the spotlight. In 2015, Swift had the most nominations of any artist there and that's great, but let's not put our female artists under excessive amounts of pressure. Not every year needs to be MTV's Taylor Swift Award and that's fine.

There's also a chance Swift decided to skip the ceremony because she didn't want a repeat of the past. With Kanye West set to perform... anything could happen. Given West's now infamous interruption of Swift during her acceptance speech at a past VMAs , and the fact that Taylor/Kanye/Kim Kardashian West have been feuding in the news recently, it might be best to avoid a confrontation. The VMAs seem like a place where anything can happen, so perhaps staying out of the line of fire is in Swift's best interest — just in case.

Of course, this is all speculation, and perhaps Swift is too busy playing with her cats and baking cookies with her pals to be bothered to attend. So here's hoping Swift's enjoying some much-needed down time and doing what she does best: having fun with her girl squad.