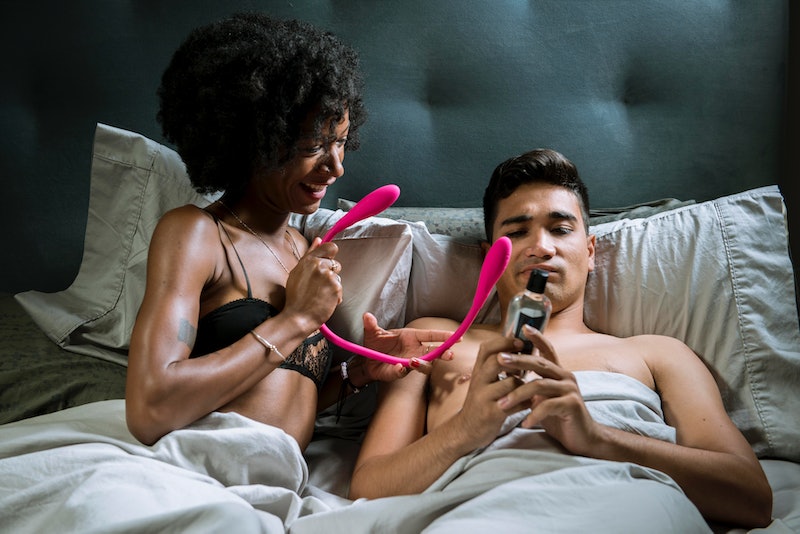 So maybe it’s time we phase out "sex toys." Here are some reasons why:

As Rodriguez points out, by it’s very definition, a toy is something with which a child plays. Sure, it’s a cute word, but aren’t we mature enough to let it go? It’s like calling your vagina a childish term, when it’s actually a vagina.

We shouldn’t flit around the topic of sex or anything that involves sex-related items. Having a great sex life means being able to communicate things in a sex-positive way, as opposed to hiding behind euphemisms. “We came up with our own term: sexual lifestyle products,” says Rodriguez. Has a nice ring to it, doesn’t it?

As a Bob Dylan wrote, “Times they are a-changin';” that’s just as true now as it was in 1964. And in order to keep up with that change, we all must evolve and change accordingly, even in the words we choose to use for certain things. “Female use of sexual lifestyle products (e.g., vibrators, dildos, lubricants, jewelry accessories) has grown immensely over the past 20 years, while our vernacular remains unchanged,” Rodriguez tells Bustle. “We believe that in order to change the social stigmas surrounding female sexuality, we have to evolve something as seemingly simple as the words we use when talking about it.”

4. We Need To Recognize Female Sexuality

Although we’ve come very far from the thinking that women aren't sexual (I still roll my eyes at that malarkey), we’ve yet to completely get society to really, like really understand that women and men are equal in their sexual desires. Because of this, many women still deal with shame when it comes to sexuality. But Rodriguez feels that the term “sexual lifestyle product” can take away a lot of stigma “Sexual lifestyle products implies that women lead a lifestyle that is, in fact, sexual. We believe that's nothing to be ashamed about,” explains Rodriguez.

Not only do we need to recognize female sexuality, but we need to respect it. We need to acknowledge it, educate ourselves about it, and not shy away from it. “The blowup dolls you see in 1990s high school rom coms are sex toys,” Rodriguez tells Bustle. “The $79 gorgeous rose gold Crave necklace you playfully wear out on your dinner date is not. We should be using words that elevate the conversation around female sexuality so that we can finally start to give it the respect it deserves."