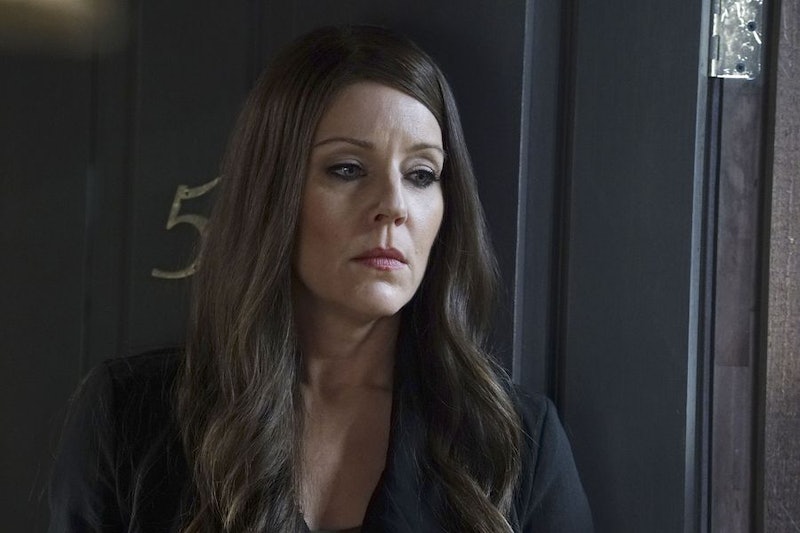 There are so many mysteries to unravel on Season 7 of Pretty Little Liars that it can be hard to keep track of them all. Obviously, we're all itching to learn the identity of Uber A, and who really killed Charlotte DiLaurentis — but those aren't the only people we're hoping to unmask before the season bows out. Now that we know that Charlotte's biological mother Mary has a second child, it's been tough not to lose one's over who Charlotte's sibling might be. It's the "Who is Charlotte DiLaurentis?" drama all over again, and this time, the answer could lead to the very reveal of the series — even if the sibling isn't necessarily the elusive and violent A.D. So how long will fans have to wait to discover this person's true identity? According to Entertainment Weekly, who Mary's second child is won't be an answer we get soon.

I don't know about you guys, but I was really hoping that we would find out the identity of Mary's kid in the first half of Season 7, perhaps during the "fatal" summer finale. Alas, Entertainment Weekly reports that's not meant to be. According to an interview with showrunner I. Marlene King, the identity of Mary's son or daughter will remain a mystery going into the second half of Season 7, which means, unfortunately, we won't be able to knock that question off of our list.

If you can't imagine waiting that long for an answer to this question, fortunately, King's interview with Entertainment Weekly revealed more than just what we won't find out. King also revealed one very important fact about Mary's other child, which might help narrow down a list of suspects — well, kind of, anyway. When asked whether fans already know Mary's kid, King responded with something that could be huge:

That’s a tricky, tricky question, and the answer is yes.

Hmm... what could be tricky about this question?! Perhaps it's because we don't actually know that we are aware of this person. One big theory that was circulating the web after the Season 7 premiere was that Spencer might have a twin — could this twin be Mary's other child? It's possible, considering that one of Mary's twins could have gone to the Hastings and another to a different family. Perhaps we've seen Spencer's twin before, but weren't aware that it was really Spencer's twin and not Spencer herself.

Only time (and a lot of it) will tell us who Mary's daughter really is, but until we find out, I won't stop theorizing.