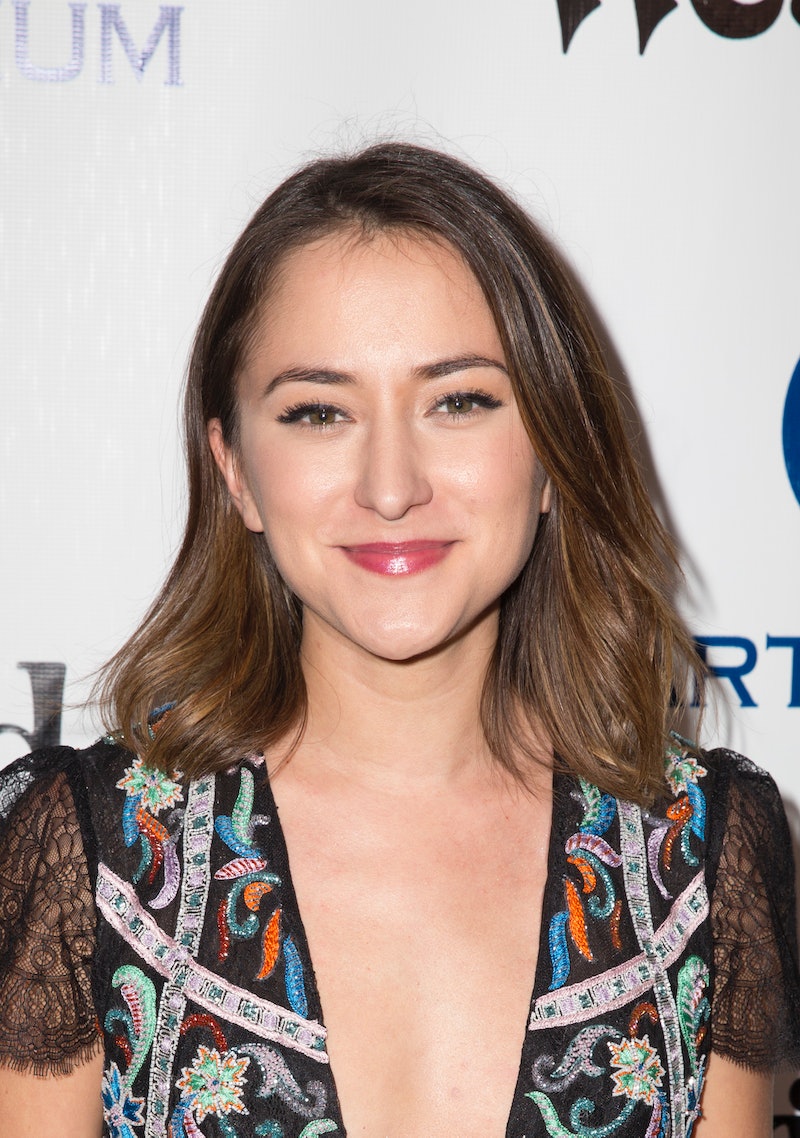 After a light-hearted election update with Obama's former speechwriter, Jon Favreau, Zelda Williams appeared on Chelsea Handler's Netflix show to discuss her recent work and the tragic death of her father, Robin Williams. The 27-year-old actress covered a wide range of topics on Chelsea, including why it's important to her to be open about her bisexuality — but the main topic of conversation was how she is coping with her father's death. Much of her grieving period has played out in the public eye for her, and Williams revealed that, at times, Twitter trolls sent her photoshopped images of her dad's dead body. (Yes, really.)

Handler didn't mention her own personal tragedy during the interview, most likely because she wanted the sole focus to be Williams' experience. But, Handler lost her older brother in a tragic hiking accident when she was only 10 years old. In an emotional interview with Katie Couric in 2012, she fought back tears as she spoke about losing her sibling: "You just don't ever recover from that," she told Couric. However, she added that the experience helped her build up the tough exterior we know and love. Her parents struggled to cope with their son's death, so Handler told herself, "OK, I gotta get my act together because these two people are kinda falling apart."

During Wednesday's show, she asked Williams if there was a "silver lining" to her dad's death, and this question was likely drawn from her own loss. In the same interview with Couric, Handler said: "It's a terrible thing.. But it's an amazing thing to go through and experience because it gives you an appreciation for everyone you care about in your life."

On Wednesday, Williams explained that, in the immediate aftermath of her father's death, she consistently reminded herself that each day she would wake up, do what she loved, and be happy, "because that's all you can do." She didn't see daylight for awhile and she was left to her own devices — and this turned out to be good for her. Concerned friends and family members wouldn't let her do "anything," so Williams took matters into her own hands. She wrote 12 scripts during this period and was extremely productive — but now she's happy to be back at work as an actress. "You have to direct yourself and not sit with yourself for too long," she explained.

When she returned to film work, she voiced a cartoon character and absolutely loved it. "Cartoons make kids happy and that's a great feeling," she said. Williams is currently starring in Freeform's new series Dead of Summer and she'll also play the lead in an upcoming Lifetime movie, Girl in a Box.

Williams' positive attitude despite what she's been through is inspiring. Handler concluded the interview with this important point: "You sometimes get to a beautiful place because of something tragic that's happened. Most people who get through difficult circumstances are really strong people." This certainly rings true for both women.