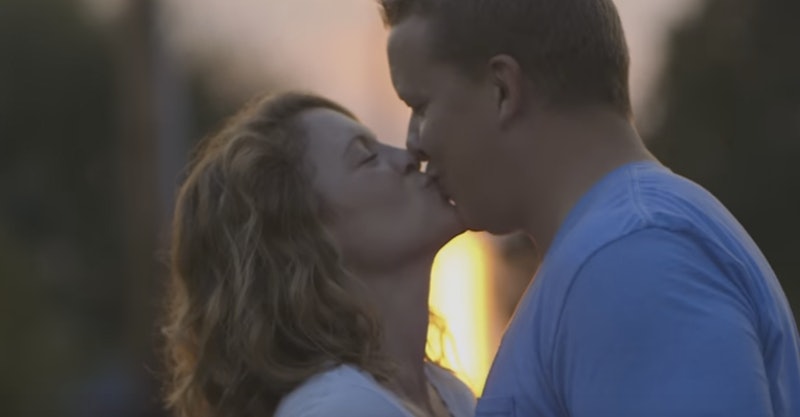 When I first heard that the CW would be showcasing a three-night special docu-series entitled My Last Days, I was instantly curious but a little hesitant. After all, how could a show that revolves around terminally ill people sharing their stories be anything but heartbreaking? I was so wrong. When they say that this special is uplifting, they aren't exaggerating even a little bit. Seeing these courageous men and women share their tales is like nothing I have heard before. They will inspire you, they will motivate you, and they will implore you to enjoy every second of this life. One of these amazing humans is Jess Oldwyn, who was unexpectedly diagnosed with a massive brain tumor after experiencing a near-blackout headache. Her story is mind-boggling, to say the least.

Oldwyn is one of those people who will completely astound you with the force of her strength. Where most of us would crumble or fall apart, she has strengthened her incredible sense of humor and uses it to power her way through all of the horrors that she has had to endure. This is one woman who will inspire and motivate you to no end. Here are a few pieces of her story.

She Has An Amazing Husband

Oldwyn has a phenomenal support system around her. She was recently able to marry her true love, Danny, with a fairytale wedding. The two of them are so completely in love that it will send you swooning into oblivion.

She Pushed For A Brain Scan

Oldwyn's diagnosis happened in a way that most of us have nightmares about. Before heading on a trip to Europe, Oldwyn experienced what she describes on her blog as,

...a severe instant onset debilitating - by which I mean unbearably painful (couldn't see/talk/move for 90ish seconds) headache on Saturday, then again on Sunday. It hit my whole brain, then slipped to the left side, finally regressing to the upper back side of my head, where it remained throbbing for the following days.

She forced her doctor to give her a brain scan and a massive brain tumor was discovered. This all happened in a matter of hours. Originally, the doctor was hesitant to believe the severity of the headache that Oldwyn had described. Who knows what would have happened if she hadn't been her own advocate.

She Blogs About Her Journey

Oldwyn had started a blog to document her European vacation for her friends and family. The first entry just happened to focus on her debilitating headache. The entries that follow that first one chronicle all of our worst nightmares. At one point right before her diagnosis, she wrote,

After Googling my symptoms, Danny, my mom, and I decided to schedule an appointment with a primary care physician to request a brain scan. (The internet said it was a good idea in order to rule out nefarious things like brain bleeds, stroke, brain tumors - you know, the fun stuff).

It's chilling to read knowing the news she will be hearing following that post. Sure, she realizes the gravity of her situation, but she is determined to get this "toom-ah", as she lovingly refers to it, to shrink one way or another. Oldwyn fought her way back and constantly updates the blog, now called "Toom-ah? What Stinkin' Toom-ah!"

She Listened To Her Gut & It Paid Off

Oldwyn recounts stories of listening to her gut when it came to advice from doctors, and following her instincts could have saved her life. Luckily, she made the trip to a major brain tumor institute in Seattle, where she received an awake craniotomy. This procedure is where they open the patients skull to expose the brain while the patient is sedated. They then bring the patient to consciousness, so they can interact with the surgeons during the procedure. During Oldwyn's surgery, doctors found that there was a hardening of the dura mater (the outermost membrane covering the brain/spinal cord), so half of her dura mater had to be replaced with pig dura mater.

She Fought Through Aphasia

She received the two brain surgeries within a couple of days and when she woke from the second procedure, she was paralyzed on one side and had severe aphasia (losing one's ability to communicate). Did she let that stop her from fighting? Absolutely not. The worst part of it, according to her blog, was that she had lost her sense of humor a bit, and couldn't understand sarcasm. Obviously, one look at her writing and you will see that she has gotten it back in spades.

She's An Advocate For Patients' Rights

Her progress is astounding and she is always trying clinical trials and new methods to make that tumor go away for good. She considers herself an outspoken advocate for patients' rights and encourages people to stand up for themselves and educate themselves. After all, if it wasn't for her tenacity and her research, she might not even be here today. Everyone can take a lesson from this survivor. I'm rooting so hard for her.