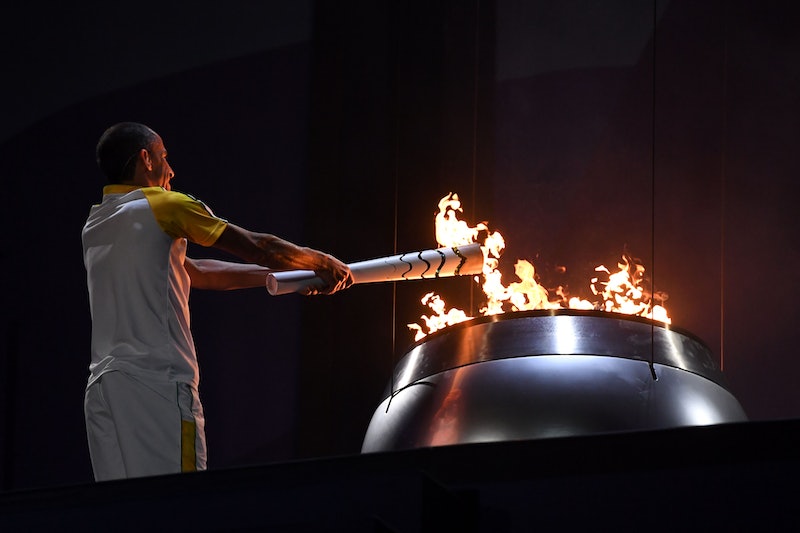 Of the two events that will define Summer 2016, one — the Presidential election — is still heating up, sprinting towards its November finish line. At the same time, the other — the Olympics — are winding down, heading into their Closing Ceremony this Sunday, Aug. 21. The 2016 Rio Olympics have been eventful; full of tension, celebration, and record-breaking victories. That will all culminate in the Maracanã Stadium this weekend… but while we all know what happens at an Opening Ceremony (lots of pageantry, the Parade of Nations, the lighting of the torch), the other bookend of the sporting event is a bit more mysterious. What happens during the Olympics Closing Ceremony, and how will Rio wrap up their historic games?

Whether it's because everyone involved is exhausted after over two weeks of insane levels of organization and planning, because a lot of the more famous athletes have already gone home once their events were complete, or because the host nation simply set the bar too high with a spectacular Opening Ceremony, the Closing Ceremony always tends to be a more subdued affair when compared to the grand festivities that kickoff the Olympics each year. It's more of a symbolic transfer of responsibility than an elaborate party. But that doesn't mean there's nothing to look forward to this Sunday.

While the Rio Opening Ceremony was directed by filmmaker Fernando Meirelles, a name familiar to many outside of Brazil thanks to his Oscar-nominated movies like The Constant Gardener and City Of God, the Closing Ceremony is being directed by designer Rosa Magalhães. Though her name won't be as familiar to people not from the host nation, she's a cherished figure in her home country as one of the most recognized and celebrated Carnival designers for the past three decades — so the Rio Closing Ceremony is sure to have some visual splendor.

Sunday's festivities will have all of the usual trappings of an Olympic Closing ceremony, which include remarks by the International Olympic Committee president, the extinguishing of the torch, and the handoff of the Olympic flag to the host of the next games — in this case, that will be Yuriko Koike, the mayor of Tokyo, where the 2020 event will take place.

Aiding in that symbolic handoff will be a handful of famous faces. The Opening Ceremony featured a number of celebrities, including actress Regina Casé and supermodel Gisele Bündchen; similarly, the Closing Ceremony will feature Norwegian DJ Kygo and possibly an appearance by Brazilian soccer legend Pelé, who, according to NBC, hopes to attend after having to cancel his Opening Ceremony cameo.

According to Billboard, the centerpiece of the Ceremony will be Kygo's performance of his hit single "Carry Me" alongside vocalist Julia Michaels, which is "part of a plan to announce the new Olympic Channel, a digital platform dedicated to bringing fans Olympic content year-round as a means to relive moments of old and gear up for Olympic feats to come." So just because the 2016 games are winding down on Sunday night, that doesn't mean your Olympic fever has to.