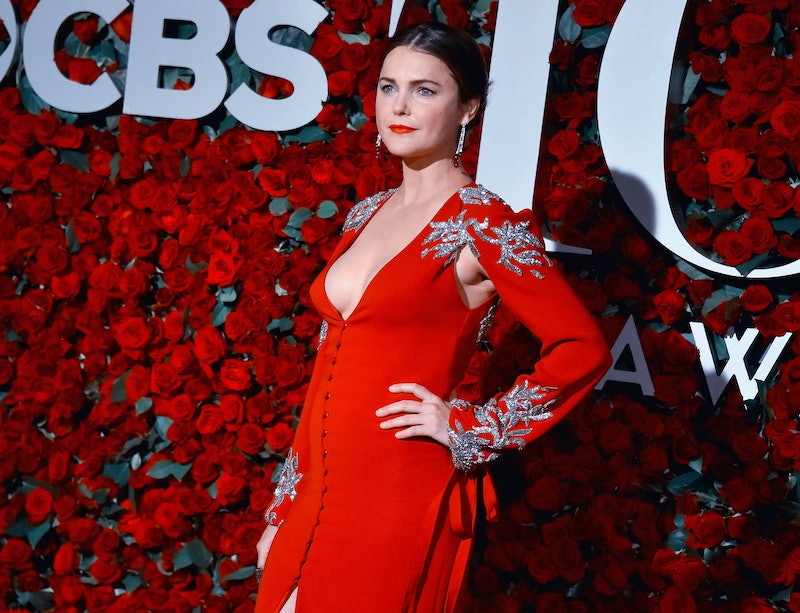 It's so hard to believe that Keri Russell hasn't won an Emmy yet. Way back in 1999, she won the Golden Globe for Best Performance by an Actress in a TV Series, for her career-making role in Felicity, but even Felicity Porter couldn't catch the attention of the Emmys. And despite starring in The Americans since 2013, opposite real life partner Matthew Rhys, Russell hadn't managed to secure a nomination. Until now, that is. To say that Russell's Emmy nomination is long overdue is an understatement. Clearly, the actress should've won copious awards throughout her career, but hopefully 2016 is the year she'll takes the trophy home.

As KGB Officer Elizabeth Jennings on The Americans, Russell has showcased her range as an actress, which is probably why the Emmys have finally recognized her talents. In May 2016, it was announced that The Americans has been renewed for a fifth and sixth season, the latter of which will be its last, ending in 2018. The fact that the show has proven it has longevity is likely part of the reason its stars have both been successful in garnering Emmy nominations in 2016 (partner Matthew Rhys is also nominated this year). But Russell absolutely has to win.

If, like me, you were obsessed with Felicity, you won't need much convincing as to why Russell deserves an Emmy, like, right now. On the surface, Felicity may have been a show about choosing between two men — remember when the most important question you had to answer was Noel or Ben? But the show was so much more than that, and much of that is down to the central, and pivotal, performance by Russell. Felicity Porter was unpredictable in the best way, often making terrible decisions on a whim and owning those choices immediately. When she spontaneously cut her hair in Season 2, there was outrage from fans and critics, but it was exactly what the character would have done — regardless of the consequences or real life implications. And it's that impulsivity that made Felicity so great. I can't imagine Felicity existing without Russell, and vice versa.

Despite playing such an iconic, and endlessly parodied, character, the actress has refused to be typecast. By taking roles in independent movies like Waitress alongside big budget blockbusters like Dawn Of The Planet Of The Apes, her career has been as unpredictable as Felicity Porter. Russell is an actress with oodles of versatility, who isn't afraid to try something new, and that's evident in every project she takes on, especially The Americans.

In an interview with The New York Times in August 2016, the actress described her character saying,

"Even in great movies there are, like, two good scenes for a girl, and you’re the doting wife or the understanding girlfriend. Elizabeth demands respect. She doesn’t care if it’s wrong or what the neighbors are thinking. She’s a little bit of my fantasy, absolutely."

As she points out, the entertainment industry is often, still, off-kilter when it comes to its representation of women. Russell has found a role she not only enjoys, but that embodies several attributes which are often missing from female characters on TV, which is exciting. I am so stoked that she got nominated for an Emmy, and I really hope she wins. It's about time.