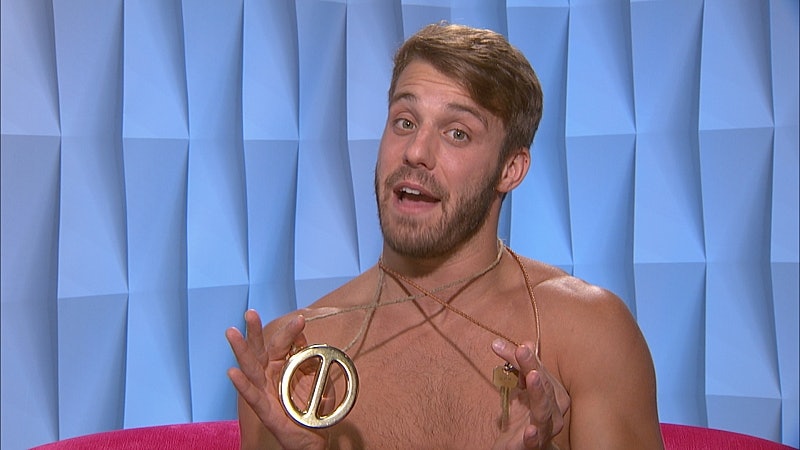 For a minute there, Paulie and Zakiyah were the OTP of the Big Brother 18 house, cuddling, sharing, and shmooping up a storm. Then, things went south. Zakiyah kept getting jealous of the way Paulie would talk to the other women in the house, and Paulie would treat Zakiyah like an idiot when it came to game talk. After Zakiyah’s eviction (which Paulie helped facilitate, let’s be honest), Paulie claimed that they had sex and shared intimate details of their alleged hook-ups, fully aware that he was in a house full of cameras. Now that he's been evicted, I'm curious as to whether Zakiyah and Paulie will hook up in the Big Brother 18 jury house, or if his recent actions will cause a rift between them.

If Zakiyah sees what happened after she left the BB18 house, I don't think she'll be very interested in continuing this showmance. Paulie made claims to Paul about the frequency of his sex with Zakiyah, how fast he finished, and more, even though he told Zakiyah he didn’t want to kiss her on camera because he didn’t want to disrespect her family or something. After he claimed to Paul that he and Zakiyah got it on, Paulie claimed that Zakiyah was the sexual aggressor in their relationship to Natalie, that he had to keep turning her down, and that he didn’t consider their coupling a “showmance”’ — it was just flirting. And he said all of this after Zakiyah had been evicted, so she wasn't even able to speak up for herself.

Besides the fact that he put Zakiyah on blast in front of millions of people, can we also talk about Paulie’s general behavior towards women? When Natalie started her campaign to get him out of the house, Paulie kept talking about her breast implants and how they made her fake and she had boobs and was fake and I don’t even know, he talked about her boobs so many times I blacked out. Then, he kept referring to Natalie as a “Jersey girl,” because her asserting herself was typical “Jersey girl” behavior? Paulie finished out this trifecta of stupidity by claiming that family members would “get Natalie” after the show. Essentially, everything Paulie said to and about Natalie was completely inappropriate and offensive.

After he was nominated for eviction, Paulie waged one giant mea culpa in the house to try and stay, so the only person he hasn’t apologized to is Zakiyah. Before they even talk about their relationship in the jury house, Paulie needs to admit that he was disrespectful towards her after her eviction and apologize for everything he said.

If it wasn't for those comments, I would think that Zaulie actually has a great chance of continuing in jury. After Zakiyah's eviction, Us Weekly asked her if she saw a future with Paulie outside of the house and she said, “Outside of the house I think he has potential. You never know what can happen.” She also defended Paulie about her eviction, saying that he had no idea it was going to happen until it did. But if Zakiyah finds out about everything Paulie has done and said on Big Brother 18, she might change her mind about that potential, so I hope he doesn't have high expectations for their time in the jury house.