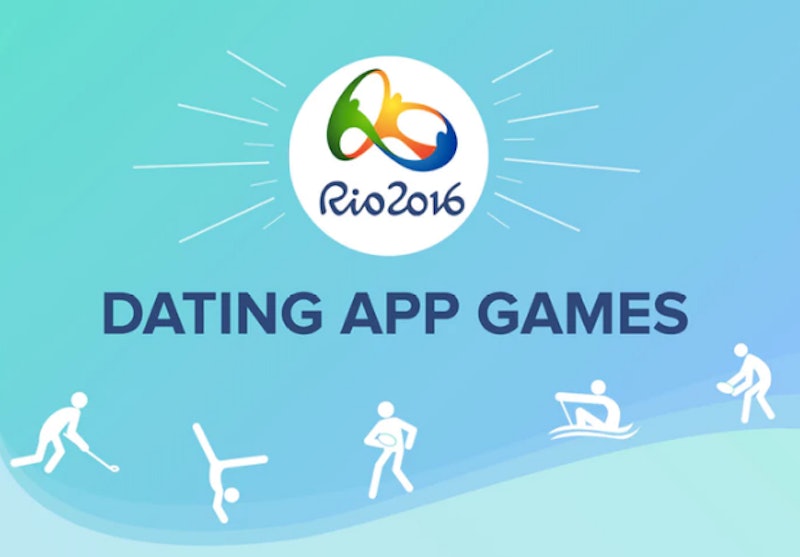 From trying to figure out which Olympic athletes are using Tinder to what's really happening in the Olympic Village (and all those condoms!), it's safe to say that dating has been the unofficial sport in the 2016 Summer Olympics that we've all been watching from the edge of our seats. After all, the swiping game takes dedication, patience, and strategy, so it's no wonder Olympic athletes are going taking home the gold on dating apps, too. In just the first weekend of the Olympics, Tinder saw daily active users increase by 64 percent and matches in the Olympic Village area soar by 129 percent. Rio also became the most popular place in the world for Tinder Passport, a feature of Tinder Plus that allows users to change their location and swipe anywhere in the world.

Dating app Bumble saw a rise in activity in Rio too — particularly in women's right swipes. "Women are usually very selective on Bumble, but in Rio they were much for likely to swipe right," a Bumble representative tells Bustle, "Potential matches there were really catching their eye, and it may be due to the fact that so many olympians were using the app!"

So what else happened in Rio across three popular dating apps? From which athletes were hottest on Tinder to the that country got the most matches on Happn, here's what really down during the first week of the Olympics (Aug 5-12, 2016: