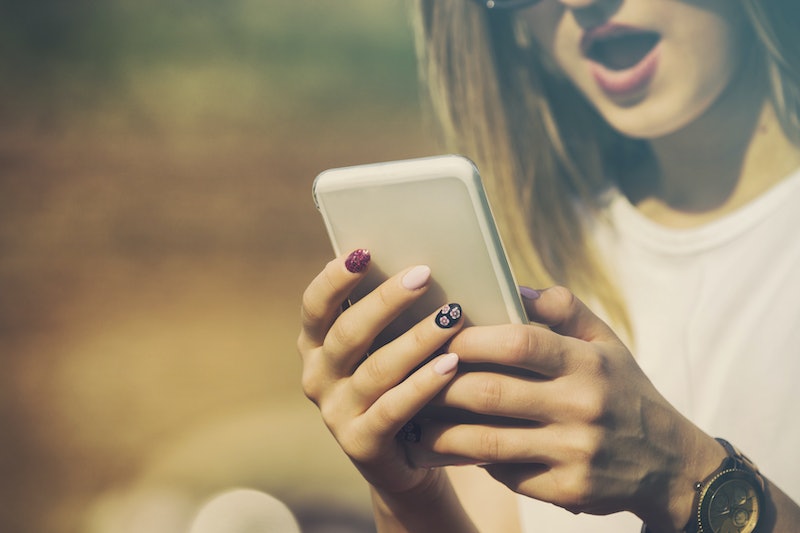 You may remember stories of Olympians using Tinder at the 2014 Sochi Games. Now, Tinder use at the 2016 Rio Olympic Games is skyrocketing — with a 129 percent increase in matches in the Olympic Village area alone this past weekend.

ICYMI, Olympic Village is the place to be. It’s composed of 31 17-story towers, aka 3,604 apartments, that were built to accommodate the 11,000 Olympic athletes and their 6,000 coaches in Rio. “It feels like a little mini college town,” Team USA tennis player Denis Kudla told CNN. “But instead of a bunch of students, it’s the greatest athletes in the world, in every sport. So it's incredible to be here.”

Are you surprised Tinder usage has gone up?! When you take 11,000 superstar athletes away from home for 16 days and add Tinder to the mix… Where else are they going to meet ~so many~ fellow athletes in one place? Not to mention, they are in the prime of their lives: uber focused and have a mutual common goal — winning gold. Some have #TinderGoals, though, and hope to score via the app.

For instance, Jamie Anderson, the American snowboarder who won gold in the slopestyle event in Sochi in 2014, was a Tinder fan. “Tinder in the Olympic Village is next level,” she told Us Weekly. “It’s all athletes! In the mountain village it’s all athletes. It's hilarious. There are some cuties on there.”

But, it got to be too much for Anderson. “There was a point where I had to be like OK, this is way too distracting,” she said. “I deleted my account to focus on the Olympics.” Smart move since she ended up winning gold.

Dr. Judy Kuriansky, a sex therapist and clinical psychologist at Columbia University’s Teachers College in New York City, had a theory about the Olympic Village culture, too. “You see how isolated the environment is,” she told ABC News. She attended several Olympic Games, and toured the Olympic villages as well. “They are gated off and you have to have passes to get in. They eat together in large groups. That’s why you are psychologically turned to an earlier sense of camp or college. They sleep in these little bunks in suites with common areas. It lends itself to that kind of lifestyle.”

Tinder blowing up at national and worldwide events seems to be the norm these days. For instance, in 2015, Tinder usage increased by 300 percent during Coachella’s first weekend. Yep, 300 percent. And, regarding Rio, is it just me or do you want to know what Olympians say in their messages to each other? In their photos, are they posing with their gold medals (aka their version of a tiger)? One can only imagine, but here are four other things to know about dating, sex, and Tinder at the Olympics.

1. Tinder Passport Is On The Rise

Matches were up 129 percent in the Olympic Village area this past weekend, and only increasing. Passports, a premium feature of Tinder Plus that allows users to transport their location and swipe anywhere in the world, were up, too — 211 percent. While no one knows what the general public-to-athlete ratio is, those are still ~huge~ numbers.

“The Olympic Games have started and Tinder use has skyrocketed in Rio de Janeiro,” said Rosette Pambakian, VP of Global Communications & Branding at Tinder, in a press release. “Over the weekend, matches in the Olympic Village increased by 129 percent and we expect this trend to continue throughout the Games. Rio has also become the most popular place in the world to swipe using Tinder's Passport feature — with Rio visits increasing by 211 percent during the same time.”

2. Swipes & Super Likes Are Up Too

Tinder’s daily active users were up in Rio, too — 64 percent. In addition, swipes were up 69 percent and Super Likes were up 73 percent. More and more people are talking about being on it. Team USA swimmer, world record-holder, and Olympic medalist Ryan Lochte has not been shy about being on Tinder.

“I heard it took off in Sochi [at the 2014 Winter Olympics] and then people were talking about it and I was like, ‘Let me try this,’” Lochte said. “So I got on it and I’ve been matching up with a bunch of gorgeous women who are smart, they have professional jobs and everything. I’m like, ‘Wow, this is perfect.’”

3. Rio’s Got You Covered If You're Looking To Hook Up

At this year’s Olympics in Rio, 450,000 condoms are being given out. That breaks down to 42 condoms per athlete. (And I imagine some people may not use theirs, so maybe some people will get even more than the allotted number.) But, the clincher? Those 450,000 are only part of the nine million (!) condoms being distributed throughout Rio during the Games, courtesy of the Brazilian government.

“This is considered sufficient to encourage athletes to practice safe sex while in Brazil for the Olympic Games,” the International Olympic Committee (IOC) told the Folha de São Paulo newspaper. Kudos to the Brazilian government, right?

4. But Don’t Worry — There Seems To Be A Vow Of Silence At Olympic Village

“What happens in the village stays in the village,” Summer Sanders, a swimmer who won two gold medals, a silver, and a bronze in Barcelona, told ESPN. Sanders said that phrase is the second Olympic motto. Hope Solo, Team USA’s goalkeeper and 2008 gold medalist, agreed. “There’s a lot of sex going on,” she said. Lochte chimed in, too. “I'd say it’s 70 percent to 75 percent of Olympians,” he said.