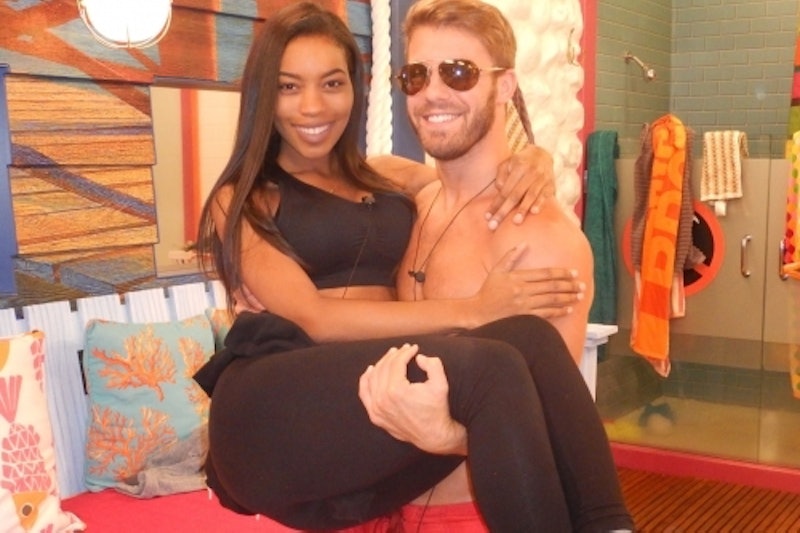 Paulie, Paulie, Paulie. He was one of the strongest players in the Big Brother 18 house and yet, on Thursday night, the houseguests voted to evict him in a unanimous vote. It was a sad night for those of us hoping that this strong player could somehow turn his fate around, but after seeming to turn his back on some of his closest allies and playing a not-so-strategic game with many of the women in the house, it was easy to see why so many of the houseguests decided it was time for Paulie to go. But now that Paulie is out of the house and in the jury, will Paulie and Zakiyah date outside of the show? After all the drama that unfolded between them, I’m not entirely sure that they could recover.

Showmances are hard to maintain in the Big Brother house, let alone out of the house. For the most part, the showmances that have been successful outside of the house have been the showmances that were ride or die until one or the other of the members was evicted. But when it comes to Paulie and Zakiyah, that’s not exactly how it went down. Remember: Zakiyah was nominated and evicted the same week that Paulie’s best friend was Head of Household and Paulie had the Power of Veto. That means that there were plenty of opportunities for him to protect his girl.

But Paulie kind of did the opposite of that. Instead he was pretty open throughout the week about wanting her out, even though, to her face, he said he didn’t. So it was surprising to hear that, after he was evicted, Paulie was still holding a bit of a torch for the possibility of them working something out.

After leaving the Big Brother house, Paulie told Bustle exclusively that he definitely wants to “learn… more about Zakiyah in the jury house.” I’m not sure what that means specifically, but Paulie did admit to wanting to weed through “which things were strategy and which were real” when it came to their relationship and how Zakiyah played the game.

Um, that’s great that Paulie is open to that, but from what Zakiyah said about Paulie to Da’Vonne when she entered the jury house and recapped her journey to eviction, I’m not sure Paulie stands a chance. He burned Zakiyah pretty badly, and he’d be a fool to think she doesn’t know it.